Missing a vital ingredient? These substitutes will save your baking! 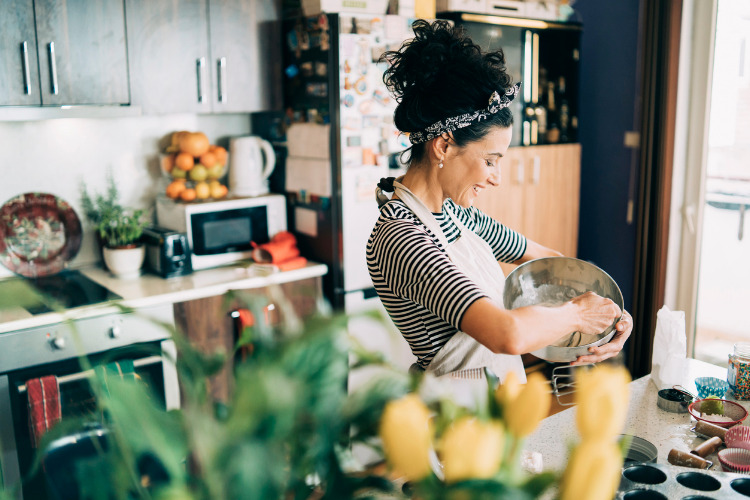 How frustrating it is when you’re all ready to bake only to discover your baking powder tin is empty. Or when you’re about to make a cake and discover you have only two of the required three eggs. Or maybe you need half a cup of buttermilk but don’t want to buy a whole bottle. Whatever the case, to save you having to go out to stock up we’ve put together a list of simple baking substitutions for some common ingredients.

For every 1 teaspoon of baking powder called for in the recipe, combine ¼ teaspoon baking soda and ½ teaspoon cream of tartar. Bake immediately.

For every ¼ teaspoon used in the recipe, substitute 1 teaspoon baking powder.

Use ground rolled oats or crushed cereal or plain crackers in the same ratio: 1 cup of your substitute of choice for 1 cup bread crumbs.

All-purpose flour makes a fine bread flour substitute. Use as much substitute flour as called for in the recipe.

For baked goods, 250g butter = the same quantity of margarine or 7/8 cup of coconut or vegetable oil (if recipe requires melted butter).

Try 1 cup plain yoghurt (not Greek, it’s too thick). Or pour 1 tablespoon of vinegar or lemon juice into 1 cup milk and leave to stand for five minutes until it becomes chunky.

To replace 1 cup of cake flour, add 2 tablespoons cornflour to a 1-cup measuring cup; fill the cup the rest of the way with all-purpose flour to use as a substitute.

Place white or raw sugar in a food processor and pulse for approximately 1 minute until the grains are finer.

Corn syrup, golden syrup, maple syrup, or agave nectar all work as 1:1 replacements for honey. Or just use 1 1/4 cups sugar + 1/4 cup liquid (whatever is called for in the recipe).

To replace ½ cup of icing sugar, grind ½ cup granulated sugar in a blender until fine. Multiply as needed to reach the amount called for in the recipe.

Use cider vinegar as a 1:1 substitute for lemon juice.

Make your own mascarpone cheese substitute by mixing 340g of room temperature cream cheese with ¼ cup heavy whipping cream and ¼ cup sour cream. This will replace 450g of mascarpone.

In baking use plain yoghurt as a 1:1 replacement.