3 conception concerns that cause women grief 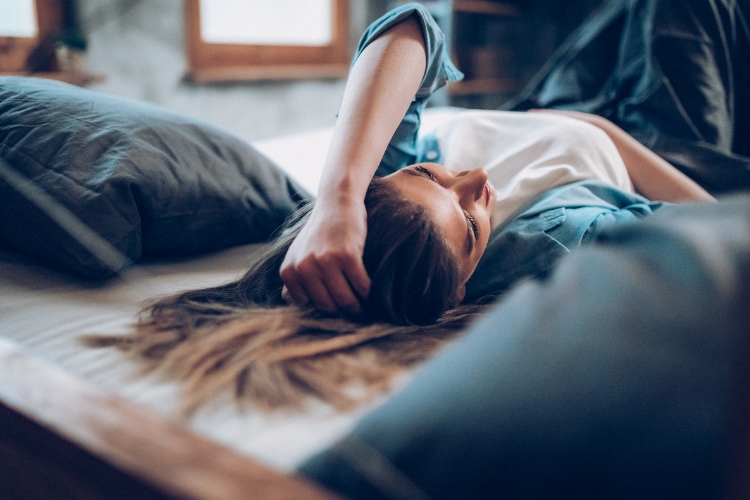 There are three common gynaecological problems that cause a great deal of worry for women planning a pregnancy: fibroids, polycystic ovaries and endometriosis. There’s a huge range of information of very variable quality available on the internet on all three of these problems. Hopefully I can answer some of the concerns about them.

FIBROIDS
Fibroids are completely benign growths of muscle tissue within the uterus. They look like round nodules of lighter coloured tissue within the muscle of the womb. They are common — about a third of women have had at least one fibroid by their 40s.

For many women the first time they are diagnosed with fibroids is when they have an ultrasound scan in pregnancy, but for others the diagnosis comes as a result of heavy periods, the feeling of a lump in the pelvis or difficulty in getting pregnant.

An ultrasound scan is the most effective way of confirming fibroids but sometimes additional, more complex investigations such as an MRI scan or a hysteroscopy (checking inside the womb with a camera), is needed to work out exactly where the fibroid is.

Effect on fertility
In most cases fertility isn’t compromised by fibroids and many women will conceive without any problems.

However, fibroids that distort the shape of the inside of the uterus may reduce fertility and require surgery. This very much depends on the size and position of the fibroids and there is still much debate among fertility specialists about the place of fertility surgery for fibroids.

Treatment
A newer treatment, that has been available in New Zealand for a few years, is fibroid embolisation where, under X-ray guidance, the blood supply to a fibroid is blocked off. This is quite an effective treatment for some women with heavy periods but both its role in treating sub-fertility and its safety for women planning another pregnancy are still to be confirmed.

The presence of a couple of small fibroids during pregnancy will have no implications at all for most women. But sometimes fibroids can fill the pelvis and prevent a baby from being born vaginally.

Or they can increase the chance of baby lying across the womb rather than head down. In both cases the baby will be born by Caesarean section.

Fibroids, particularly larger ones, can also interfere with baby growing well in late pregnancy, increasing the chances of a premature delivery and making it more likely that a woman will bleed heavily after her baby is born.

The presence of fibroids in pregnancy does mean that you should be reviewed by a specialist antenatally but doesn’t necessarily mean that you’re in for a complicated pregnancy and delivery.

POLYCYSTIC OVARIES
Polycystic ovaries are a very common problem affecting about 20% of women. But only about 5-10% of those women will have polycystic ovarian syndrome (PCOS). So for many women diagnosis made after a scan may cause unnecessary worry because they don’t have the associated problems of PCOS.

Importantly, having PCOS doesn’t mean you have lots of ovarian cysts: it’s an ovulation and hormone problem rather than a “cyst” problem.

A diagnosis may be made if a woman has very irregular or no periods, more facial or body hair than normal or an ultrasound scan showing slightly enlarged ovaries with lots of small follicles, rather than the usual one or two large follicles getting ready to release an egg.

Making a diagnosis is sometimes difficult because a woman may have PCOS on an ultrasound scan but ovulate normally, or may have all the hormonal changes and symptoms but have ovaries that don’t look particularly polycystic on a scan.

The most important symptom for many women with PCOS are irregular periods and infrequent ovulation reducing her chances of conceiving.

Effect on fertility and health
For many women treatment to establish regular ovulation is straightforward and very effective. But for an unlucky few, much more involved fertility treatment, such as IVF, is needed.

Polycystic ovarian syndrome does have some implications once you are pregnant. Gestational diabetes is more common and most New Zealand hospitals will advise earlier and more comprehensive screening for diabetes for these women.

There are other health implications for women with PCOS, including being more likely to develop diabetes as they age and the risk of developing cancer of the lining of the womb in the absence of any periods at all.

The risk of cancer can be reduced to much the same as any other woman by ensuring that women with PCOS continue to have periods at least several times a year.

These possible health risks for later life worry many women with PCOS but at this stage there is a great deal yet to be discovered about the link between PCOS, diabetes and cardiovascular health as women age. Family history, a healthy lifestyle and, most importantly, maintaining a healthy body weight all have a significant effect on the chances of a woman with PCOS developing medical problems later.

ENDOMETRIOSIS
Endometriosis is essentially a condition where tissue very similar to the lining of the womb is found outside the womb, usually around the ovaries, fallopian tubes and within the pelvis. It can cause painful periods, pain as a period approaches, pain with intercourse and, less commonly, bowel and abdominal symptoms throughout the menstrual cycle.

Doctors are probably getting better at diagnosing endometriosis but there are still many young women who have the symptoms for many years before a diagnosis is confirmed.

The cause is unknown. The only reliable way to diagnose and assess a woman with endometriosis is with a laparoscopy. This requires a general anaesthetic and also carries some small but very real risks of surgical complications.

So, depending on how severe or typical symptoms are, there may, understandably, be some reluctance to have a laparoscopy on the part of both the woman and the doctor.

Endometriosis can be removed surgically at the time of a laparoscopy and in most cases symptoms will be improved. The chances of conceiving may also be increased by surgery but this will depend on the severity of the condition, the health of the woman’s fallopian tubes and other factors such as her age and her partner’s fertility. So endometriosis surgery as a fertility treatment, rather than a pain treatment, needs to be individually assessed.

Importantly, many women with mild to moderate endometriosis will still get pregnant naturally but for those who don’t, IVF is likely to be the best treatment.

During pregnancy endometriosis usually has no worrying implications at all. Occasionally, women with severe endometriosis may get more problems with episodes of pain but in most cases symptoms are suppressed by the hormonal changes of pregnancy.

Seeking help
All three of these conditions can affect fertility, pregnancy and well-being in later life. Importantly, there is a huge amount we don’t know about fibroids, polycystic ovaries and endometriosis.

The implications of a diagnosis of these conditions will vary hugely for the individual, depending on her age and the severity of the problem. So do ask to see a specialist if you are concerned about one of these problems on your health, fertility or pregnancy. In most cases a specialist can be reassuring but can also give you realistic advice about the implications and potential benefits, risks and limitations of any treatment.