Guessing whether you're having a boy or a girl is all part of the fun!
Thankfully technology now allows an ultrasound to give a pretty accurate (but not always 100%) prediction of the sex of your unborn child, but you do have to wait until 18-20 weeks to get it done.
In our mothers' and grandmothers' day they too had tricks for predicting gender. Whether they work or not is anyone's guess - but they're a bit of fun - and let's face it, there's a 50/50 chance they'll be right.

For centuries both boys and girls wore dainty white dresses up to the age of six. Colours entered the picture only in the mid-19th century, but right up until the first part of the 20th century it was normal for pink to be for boys and blue for girls. Perhaps this was because pink was seen as a stronger colour, and blue was in reference to the Virgin Mary, a daintier colour befitting little girls. It's thought the change happened after World War One when blue was used extensively for men's uniforms. 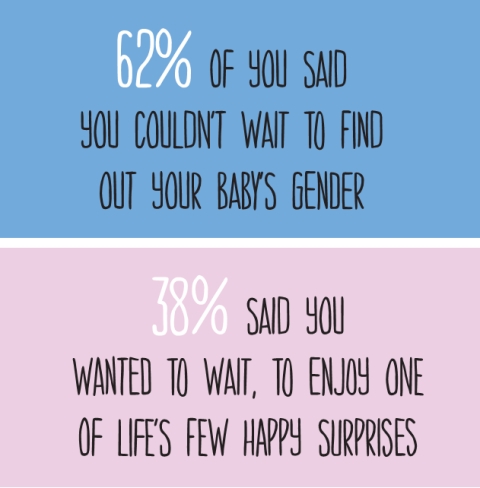