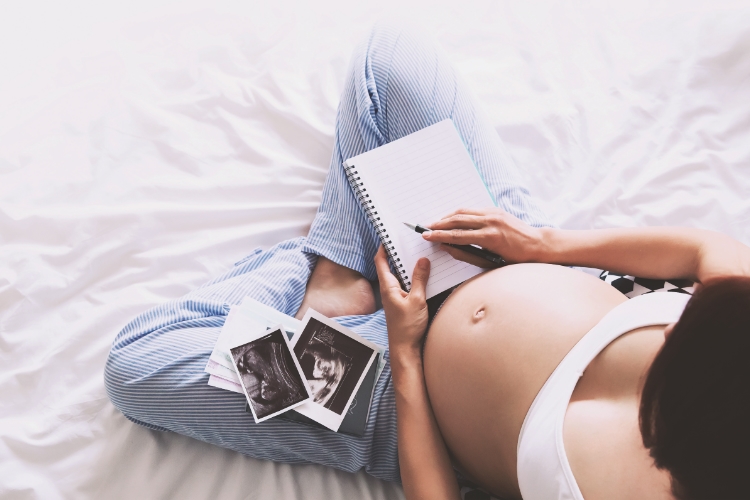 New Zealand’s list of banned baby names hit world headlines in 2013. Reactions to what some Kiwi parents wanted to call their offspring ranged from angry outrage to bewildered mirth. Released by the Department of Internal Affairs (DIA), the list of names banned in this country since 2001 included Sex Fruit, 4Real, Fat Boy, Keenan Got Lucy, Mafia No Fear, V8, and Fish and Chips (twins). The DIA also turned down attempts to call babies . (full stop), / (backslash) and * (asterisk).Then there are the names the DIA did approve: Violence, Midnight Chardonnay and Number 16 Bus Shelter, all deemed suitable because they weren’t offensive, unreasonably long, or an official title or rank, or punctuation. But we aren’t alone in the eccentricity stakes: in recent years the name Cyanide was banned in the UK, Nutella was banned in France, Mexican courts dis-Liked the name Facebook, while in Australia there’s a KVIIIlyn (Kaitlyn using Roman numerals) and the names Burger, Excel, Google and Hippo were all successfully registered – more than once!

WHAT'S IN A NAME?
Making a statement through your child’s name is nothing new. The Bible is filled with people bearing names which secure family ties, or establish the family history, convey a message from God, or even record reactions. The name Isaac, for example, means ‘laughter’, and Isaac is so-named because his parents Sarah (aged 90) and Abraham (aged 100) chuckled with delight, disbelief and perhaps a touch of hysteria when God told them Sarah would have a baby. However, ‘statement’ names need much forethought. The question ‘What’s the name you wish you’d been brave enough to call your child?’ always sparks a fire on the OHbaby! Facebook page as parents willingly confess thwarted desires to call their offspring names like Adonis, Andromeda, Boudica, Khaleesi, Katniss, Falcor, Trojan or Ragnar McCool. They were usually reined in by a partner, nervously aware that not only would their child one day have to spell that heroic or mythical moniker, they’d also have to live up to it. That’s some burden for a boy called Adonis, a youth worshipped by ancient Greeks for his incomparable beauty and flawless physique. More recently, in 2008 a nine-year-old New Plymouth girl was made a ward of the court so she could change the name she hated: Talula Does The Hula From Hawaii. At the time, Judge Rob Murfitt said the name was embarrassing and “makes a fool of the child”. The girl would have needed to wait until she was 18 before she could legally change her name herself.

If you happen to mention the topic of celebrity baby names in conversation, be prepared for controversy (but be honest, that’s why you mentioned it!). Saint, North and Chicago Kardashian-West, Petal Blossom Rainbow Oliver, Apple Paltrow-Martin – just what were their parents thinking? Well, research shows they were simply responding to the strong cultural lean toward individualism in the Western world; that oh-so-human desire to be different for the sake of being different – even on behalf of someone else. Traditionally, family names were honoured through generations, but many are now deemed too old-fashioned and sadly face extinction. Of course, having ancestors with cool retro names means you can tick both the unique and the traditional box, but names like Cecil, Edna, Percy and Doris are now relegated to the family archives or, at best, passed on to a beloved pet or, in some cases, the family car (sorry Grandpa Eustace).

Tradition still binds royal families when it comes to naming their heirs. Prince Harry and Meghan Markle, the latest British royals to procreate, need a baby name that acknowledges relatives yet is also contemporary and relatable. The British monarchy has influenced Kiwi parents’ name choices in recent years. The name George has been on the rise since Prince William and Kate Middleton named their first heir in 2013, and was the fifth most popular name for Kiwi boys in 2018. Meanwhile, Charlotte, the name of the couple’s second child, was already popular when she was born in 2015, and has been New Zealand’s most popular girl’s name for the last two years running.

KIWI KIDS
Every generation has its own naming trends, and the DIA’s annual lists of New Zealand’s top 100 names reveal some interesting and very Kiwi quirks. The data, recorded from 1954, shows lengthy love affairs with some names, and brief flings with others. It also reveals our steadfastly conservative approach to naming boys. The fact boxes on the left show the details, but it’s worth noting that if you’re a Kiwi woman aged between 30 and 45 years old, you’re probably called Sarah. And who doesn’t know at least three Kiwi blokes in their 60s called Dave, Jim or Pete, and their lovely wife Linda/Barbara/Margaret?

Over the years, the Kiwi approach to naming offspring followed a general world-wide trend toward creativity and diversity for girls’ names and conservatism for boys’ names. Since the DIA list began, 62 different girls’ names have featured in our top 10, compared with just 46 different boys’ names. And you can’t get any more conservative than the name James, which has been in our top 10 for an astonishing 43 years, but interestingly has never made it to number one. Things are changing though, and the pool of top 10 boys’ names is gradually becoming more diverse. For example, the name Peter was the most popular in 1958 and 1,484 babies were given that saintly moniker, whereas Oliver topped the list in 2018, but just 293 babies were given that name. That means your little Oliver has a good chance of being the only little Oliver in his class when he starts school.

HOW DO YOU SPELL THAT?
It wasn’t until the mid-1990s that we began to seriously embrace more non-traditional names and spellings: Kayla and Tayla (girls) and Jordan and Jayden (boys) all crept into the top 40, and Kayla, the top 20. Interestingly though, the name Jayden is the only one of those four to still regularly feature there. Tayla is a reworking of Taylor, while Kayla is a Yiddish name and was the 12th most popular name in the US for girls in the 1990s. Meanwhile, US basketball superstar and brand name Michael Jordan is most likely responsible for the popularity of his surname as a first name. Also around this time, names with alternative spellings began to appear in the top 40 – but only for girls: Tayla, Mikayla, Jorja and Ashleigh, the forerunners of Allyvia, Emmaleigh Sofiyah and Kamrhynne.

THE INFLUENCERS
Pop culture has influenced Kiwi parents more when naming girls than boys. When celebrity power couple Victoria and David Beckham chose the name Harper for their newborn daughter in 2011, there followed a flurry of little Kiwi Harpers in 2012, and the name has been in our top five since 2014. The name Aria popped up on our top 40 in 2012, and has stayed there ever since: Aria is a feisty female character in the HBO TV series Game Of Thrones, which premiered in 2011. And the name Shania materialised at number 16 in 1999, two years after country singer Shania Twain released her four-Grammy-Award-winning album Come On Over (if you haven’t ever danced to Man, I Feel Like A Woman, I’m guessing you’re a Millennial, and your name is Georgia, or Jessica). It was a cameo appearance for Shania: the name dropped to number 40 the following year, and hasn’t made the list since. And finally, back in 1954, the name Marilyn leaped onto the list at 38, the only time it has ever entered our top 40. It’s the same year that pin-up actress Marilyn Monroe married US baseballer Joe DiMaggio, and the famous ‘flying skirt’ photo of Marilyn standing above a subway vent appeared. Meanwhile, the influence of the Kardashian-Wests and the (formerly) Paltrow-Martins on Kiwi parents has yet to be seen, so we’re safe from confusing our kids with fruit or directions – for now.