Tips for choosing a baby name 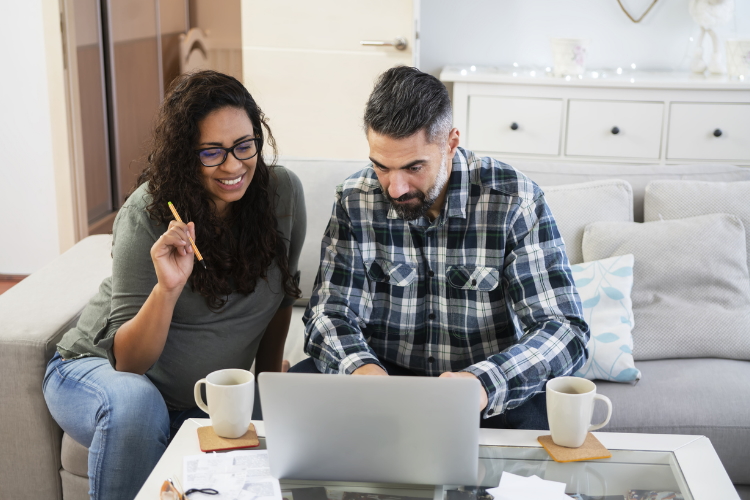 Choosing a name for your baby is one of the biggest decisions you will ever make - he or she will have to live with it for the rest of his or her life! We asked our OHbaby! members how they decided which name was right for their baby, and here's what they told us:

"I had a boys name and a girls name picked out about ten years ago, before our children were even a twinkle in our eyes!"

"My husband and I each wrote down several names on pieces of paper and put them in a hat and picked them out one by one, watching each other for reactions. By the end we had a shortlist of three boys names and three girls names, and we waited until he was born before deciding which one suited him."

"We searched the 'net for names we liked, then matched them up with the middle name we'd chosen and read them over and over until we found one that stuck."

"We both agreed on a boys name, so of course we had a girl! We had a shortlist, and chose one before she was born but didn't tell anyone as we wanted to make sure that it suited her - and it did!"

"I always thought that babies would grow into a name rather than the other way around, but now I think that some are definitely born suiting a particular name, so sometimes it is best to meet them before choosing!"

"We picked our top three names, then waited to see which one would suit him best. Luckily, our favourite name was the one that just seemed to fit!"

"Naming baby number two could be quite a challenge if she is a girl as my husband likes quite plain names, whilst I like names that are a bit different."

"We came up with a list each and then swapped lists and crossed out the ones that we really didn't like. That narrowed it down to a few names, and we waited until she was born before we chose one that suited her."

"My husband named our son, he would have had the same name whether he was a boy or a girl, just with different spelling. And another OHbaby! member suggested my daughter's name and I knew instantly that it was perfect!"

"We read through a baby name book and made lists, then watched the credit lists on television shows and ended up naming him after a character in one of our favourite movies. Our second was named after a rugby player - even though we lost the World Cup!"

"What was not helpful was a friend sending me the names of all the Russian gymnasts while the Olympics was on - Svetlanka anyone?!"

"I searched countless name books and would say them out loud to my husband to see what he thought. When I came across her name I fell in love with it, and so did he, so she was named on the spot. We did keep her name a secret until she was born though."

"We had a boys name, but couldn't agree on a girls name. We had already picked a family name as a middle name, but we didn't decide on her first name until I was overdue. I was lying on the bed in the nursery, gazing at the bassinette, when all of a sudden it came to me, so I texted it to my husband and he loved it too!"

"We named our first after an actress in a movie we watched while I was pregnant. We picked the shortened version of our second daughter's name before we decided what it would be short for!"

"It was great having a name for baby while I was still pregnant as it really helped our toddler to prepare for her new baby sister."

"Early on, we casually agreed on our favourite boys and girls names so when we found out we were having twins, we thought we'd be fine - as long as we had one of each! When the 20-week scan showed two girls, we were stuck, and in the end we chose two completely different names from the one we had first agreed on."

"Our son has my husband's middle name, and there are a LOT of them in the family. Our second is named after my Pop."

"I watch too much television - both of our children's names came from television programmes!"

"I heard a name that I liked, but I didn't like the spelling so I did some research and found a different spelling that I liked better."

"I picked both of our son's names from league players, but I didn't think my husband would agree so I only suggested them half-heartedly. I was stoked when the midwife asked what his name was after he was born and my husband told her the names I'd chosen!"

"We definitely chose names back to front. For a long time I'd known that I wanted to use a family name, it had been in our family since way back, so then we had to find a first name that went with it."

"We told our older daughter that she could choose a middle name for her baby sister. I'm not sure whether she picked the name from her favourite television show, or a Bratz doll, but either way we didn't hate it so we let her have it."

"I like to research the meanings of names - if it means something stupid I cross it right off! And the names have to sound nice together."

"With our second, it was important that the name have special meaning to us, but we weren't up all night glaring at the name book and arguing over it."

"I had quite a strict criteria - it had to be short, not in the New Zealand Top 50 baby names, it had to be easy to spell, and it had to have a good meaning. I also leaned towards old-fashioned names. I got a bit obsessive over it towards the end and spent hours poring over websites, but in the end we went with one that had come into my head long before I was even pregnant."

"We couldn't agree on a name for our second baby. One night my husband was looking through the Bible for inspiration and came up with one we both liked."

"Our first son is named after a family friend, but we named the second after a tradesperson who did some work on our house. He responded to an ad we had placed and when I heard him say his name I thought "that's perfect!"

"We started a list of baby names before we were even pregnant, and we'd add to it as we came across names we liked. Once we were pregnant, we had different favourites every week, but one seemed to stick more than the others."

"We had a special girls name picked years ago but it was really difficult to come up with something as special for a boy. I ended up going through the dictionary and taking the first letter off each word to see how they sounded, and we eventually found his name."

"Our son's name is related to astronomy - I am a huge fan, and my husband is a keen boatie so uses the stars to navigate."

"There's no particular story with my son's name, my husband just suggested it and I liked it."

"We chose a name that was in our family on both sides."

"We STILL can't agree on a boys name!"

"We narrowed it down to two names and let our daughter choose her favourite for her baby brother."