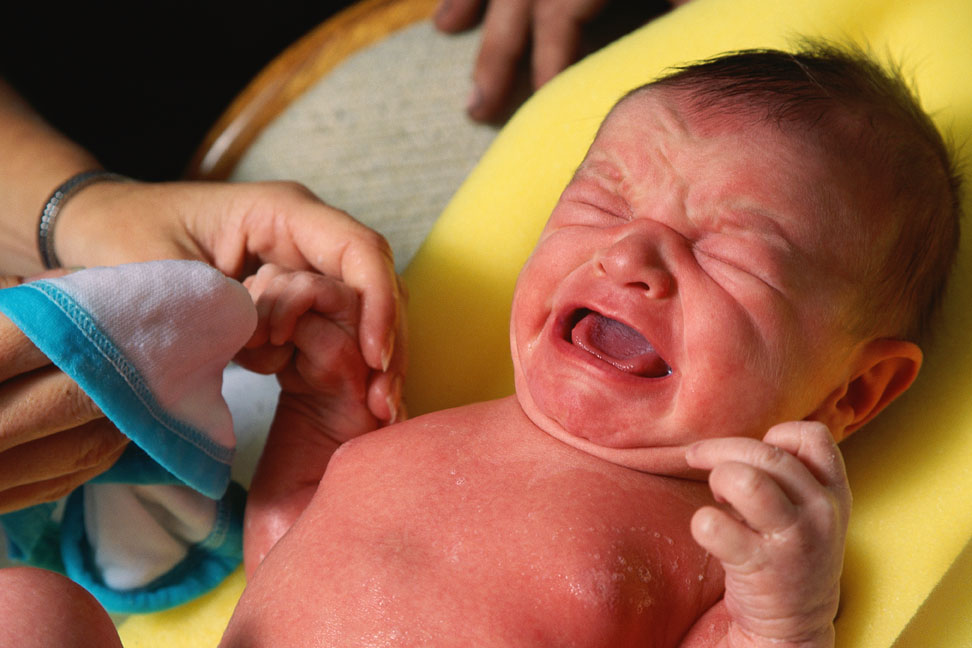 The amount of time that a baby cries each day increases from birth, reaching a maximum at around six weeks of age, then decreases to become relatively stable at around the 16-week mark. It varies for every baby, but on average, a non-colicky baby cries for a total maximum of around 140 minutes per day at around the six-week mark, dropping and leveling off to a total of 60 minutes a day by 16 weeks.

A colicky baby, however, increases their crying from birth to a total of between 180 to 300 minutes per day at around their sixth week of life, decreasing to between 90 and 140 minutes by their 16th week, when crying starts to level off.

Colic is thought to affect one in four babies. It usually starts when a baby is only a few weeks old and often improves by the three-month mark, sometimes ending very suddenly - even overnight. However, for some babies, colic can last as long as six or even nine months. In premature babies, colic can be delayed by the duration of prematurity - for example, if the baby was born three weeks prematurely, colic may begin at five weeks after birth and may last until nearly five months of age.

"I read that colic is not diagnosed until a baby cries for three hours nonstop, for at least three days a week, for at least three weeks. Now, that seems like an awful lot of pain for sleep-deprived parents to have to go through to get an answer," says Kylie, mum to Lily. "The hardest thing about colic is that there is no magic pill - you just keep getting told that most babies grow out of it by three months. That is a long time to suffer."

Next: What causes colic?