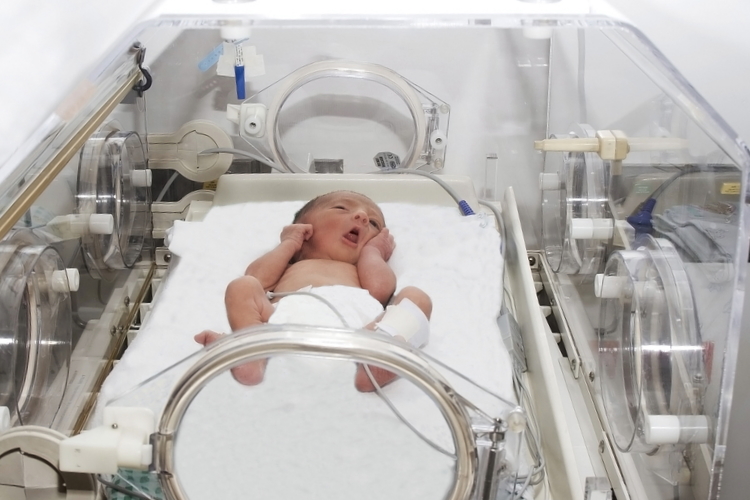 Just 1% of NZ-born babies end up in the  Newborn Intensive Care Unit where staff do their best to send them home healthy.

NICU may strike fear in the hearts of parents but for the dedicated hospital staff it's a great place to work, says Neonatal Paediatrician Dr Simon Rowley, who's spent 25 years at National Women's NICU.

"It's full of enthusiasm and optimism for the future," he says, smiling jovially.
And for most babies there's plenty of room for optimism. Of babies born at 26-28 weeks gestation there's an 85-95% survival rate. And even babies born at  23-24 weeks have a 60-65% chance.

At the NICU at Auckland Hospital (National Women's) there are 16 incubators (perspex cots) for the high-needs level three babies with just two per room. And it's very quiet. The babies, while adorable, are unbelievably tiny  - one at NICU earlier this year was born weighing just 750g.

At National Women's there are three levels of care - level three for the most severe cases, level two for the less needy babies who still need extra care, such as antibiotics, and level one for babies just about to leave hospital.

Of the 20,000 babies born in the Auckland region annually, 200, or 1%, will need level three care which involves being hooked up to a ventilator and an intravenous feeding tube, then being placed in a temperature-controlled enclosed pod that also helps to keep infection at bay. (They stay in the incubators until they reach 1.8kg.)
After a few days the ventilator is replaced with a CPAP (Continuous Positive Airway Pressure), which keeps the lungs inflated and also prevents sleep apnoea and lung collapse.

Breastfeeding is urged, because the antibodies present in the milk boost the immune system. Breast milk is usually given via a tube to the stomach as soon as the mother's milk comes in.

Most of these level three babies are premature, born weighing less than 1.5kg, but a few babies with surgical problems or birth defects will also go to NICU.

Facing the future
Babies born early can face severe physical handicaps but many of these won't be revealed until they're older.

Of all babies born under 30 weeks gestation, 20% will face a disability ranging from mild to severe. Of course, babies born at the 24-25 week mark face a greater risk of disability - probably around 40%, while for those at the 28-29-week mark, the risk dwindles to about 5%.

About half of these disabilities will be relatively minor, such as a weakness in an arm or leg or some visual or hearing loss.

"Most people can live with that without being miserable about their quality of life," says Dr Rowley.

But the other half of disabilities will be severe, including cerebral palsy which, if significant, will reveal itself in the first year. They might have a serious mental disability or be completely blind or deaf.

So those are the hard facts. But in reality, when anxious parents are hovering over their tiny babies they give little thought to the long-term repercussions. They just want their baby to live.

It's up to the staff to initiate discussions in some cases about whether it's a good idea to keep that baby alive. "Our job is to use our NICU services responsibly, not just because we can, but because we can offer quality of life as well," says Dr Rowley.

It costs about $3200 a day to keep one baby in level three NICU but Dr Rowley sees it as investing in the future because these tiny ones are the next generation's movers and shakers and deserve the best start in life.