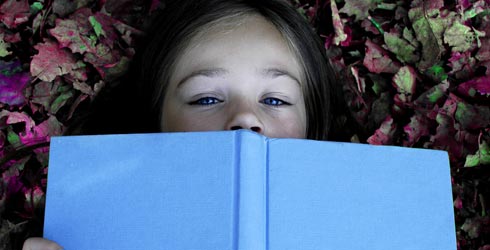 Seven bright, colourful teddy bears are the feature of this funky book by the author/illustrator of the Baby Flip-a-Face series. Even cooler, although these seven teddies "live" in the pages of the book, your baby can push them out and play with them. Made from sturdu card with foam cores, the bears have numbers on their bellies and smiles on their faces. Children can use them to play counting games, sing songs ("Teddy Bears' Picnic", anyone?), make up stories (maybe Goldilocks meets seven bears instead of three), line them up in order from tallest to smallest, red to purple, one to seven -- then put the bears back in their pages to "sleep". Seven Little Teddy Bears is a counting game, puzzle, toy, and storybook all in one, and I love it.