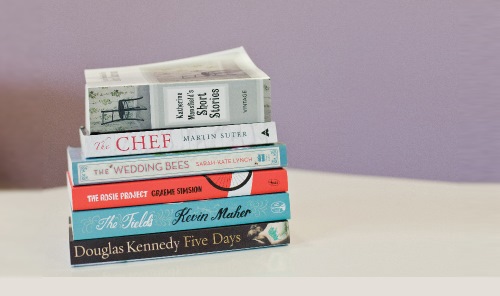 With so many good books to read this season, we had a hard time choosing just six.

Who knew certain spices have an aphrodisiac effect? Well, Tamil immigrant and chef Maravan for one. He’s a dishwasher at a high-end restaurant in Zurich and makes a play for beautiful waitress Andrea by cooking her dinner with some hot temptations on the menu. His seduction plan works but Andrea, who’s usually more interested in girls, is furious. When she cools down they set up a romantic catering business for couples. Yet soon circumstances force them to take desperate measures, serving high-paying clients from the world of arms-dealing. This is a plot with many twists and turns that pull together satisfyingly at the end. With a main character called Sugar who has a passion for raising bees and making honey products, it’s a safe bet this will be a sweet read. Sugar has spent the past 15 years travelling around the US. Always trying to redeem herself, she is a stickler for good manners and helping other souls, so it’s no surprise she becomes a breath of fresh air and saviour for her new neighbours in New York. As she sets out to mend their broken hearts and dreams, she’s at risk of neglecting her own. And what of those bees? Is making honey really the extent of their powers? This novel is as warm-hearted and uplifting as a cup of sweet tea. Our favourite book this year, this is a love story to beat all others. Prof Don Tillman, 39, wants a wife. Not one to waste time on disastrous dates, he sets up “the wife project”, compiling a list of criteria his intended must meet. Enter Rosie, a waitress, who clearly fails to meet requirements (she smokes, always runs late and is a vegetarian) yet Don, a geneticist, sets out to help her find her real father. What is apparent to everyone (including the reader) is that Don lies somewhere at the high-functioning end of the autism spectrum — he just doesn’t know it. But he does know his brain is wired differently, and that his affection for Rosie is growing. Clever and extremely funny. Jim Finnegan is 14 years old and a character you won’t soon forget. Set in 1980s Dublin, the story covers the confronting issues of religion, abortion, the IRA and sexual abuse. You’d expect such weighty topics to be a downer, but not so. Jim has a delightfully optimistic outlook, even when confronted with potentially life-shattering events. The book is peppered with references to eighties pop culture — The Greatest American Hero, Hooked On Classics and Bronski Beat, no mistaking this as a story of the times. The end is slightly perplexing, but the other 95% of The Fieldsmore than makes up for it. Laura is the mother of teenagers and unhappily married. When she attends a work conference she meets a married man with whom she connects instantly and they embark on an affair. So far, so standard in the romantic fiction market. But in the hands of this veteran author, this is no ordinary romance. As the stories of two unhappy people emerge, the raw emotion springs off the page and readers are left holding their breath, hoping against hope for a fairytale ending. When taking on a large volume like this, it’s best to start somewhere in the middle — with, say, The Garden Partyor The Doll’s House. You’ll soon see why this New Zealander is considered one of the world’s greats. Her stories are at times satirical and then suddenly tragic, yet delivered with a light touch. Like this from The Garden Party: “Fancy cream puffs so soon after breakfast. The very idea made one shudder. All the same, two minutes later Jose and Laura were licking their fingers with that absorbed inward look that only comes from whipped cream.” With so many good books to read this season, we had a hard time choosing just six.