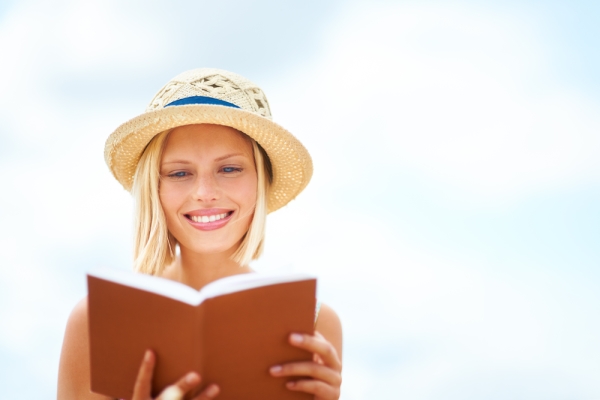 Grab one of these books off the shelf and kick back for a lazy hour in the sun.

Sweet Tooth,Ian McEwan
Jonathan Cape, RRP$37.99
It's 1973 and beautiful Cambridge graduate Serena Frome lands a job with MI5, admittedly in the lowly position of glorified secretary. That's until she's given a mission to "run" an aspiring writer by granting him a large stipend that's secretly funded by the anti-communist MI5. Within days of meeting, Serena and her writer, Tom Haley, have embarked on a romantic affair - something that would infuriate the dark suits of the secret service if they knew. But it leaves Serena in a difficult position - how to tell Tom she's not the innocent young thing he thinks she is? An enjoyable and relatively light read from a literary giant.


The Cleaner of Chartres, Salley Vickers
Viking, RRP$37
Agnès Morel is a woman of mystery in the village of Chartres which serves the famous and very ancient cathedral. All we know is that Agnès, whose duties include cleaning the floor of the cathedral, was found in a basket as a newborn. She was put into convent care and that was when her troubles began. We meet Agnès nearly 40 years later, romance is blooming and she's adored by young and old. But then she falls out with the village gossip, who becomes intent on digging up her dark past and ruining her reputation. A gentle, inspiring story that's beautifully written.


Moranthology, Caitlin Moran
Ebury Press, RRP$36.99
Hot on the heels of Caitlin Moran's hugely successful How To Be A Woman, comes a collection of her best columns for The Times. Her celebrity interviews are genius - from visiting a sex club with Lady Gaga, to interviewing Keith Richards on International Talk Like A Pirate Day. Sometimes political, she derides benefit cuts and as a child of the welfare state who had "the telly taken away, halfway through Twin Peaks", she has the pedigree to back up her views. But her most hilarious and scathing critique is saved for that precocious four-year-old Lola of Charlie and Lola fame who she predicts will end up on the X-Factor pleading with Simon Cowell, "Pleeease, Simon, I absolutely, completely and totally know I can do this!" Guaranteed giggles.


When In Rome, Nicky Pellegrino
Orion Fiction, RRP$36.99
New Zealander Nicky Pellegrino returns to her beloved Italy for this sweet and endearing tale of Serafina, a girl from the wrong side of the tracks, who lands a job as a nanny for the children of her cinematic idol Mario Lanza. All seems too good to be true, but as she witnesses the great Mario battle his demons, she too must fight to find her rightful place between the world she knows and the one she dreams of.


Unnatural Habits, Kerry Greenwood
Allen & Unwin, RRP$28.99
Gorgeous, rich Phryne Fisher is applying her brains and beauty to another mystery, this time the disappearance of an over-eager journalist. Set in Melbourne in 1929, she and her team of adopted waifs and strays uncover unwed, pregnant teens at the mercy of cruel nuns and a white slave trade ring involving golden-haired girls. As usual, Phryne strives to set the world to rights, and sulks when she can't. Fans will lap it up.


Classic read
Little Women, Louisa May Alcott
Penguin Threads, RRP$26
To learn about the role of women in the 19th century look no further than this famous classic of four sisters growing up in the time of the American Civil War and trying to be good. Meg, Jo, Beth and Amy have their beloved mother as their moral compass as each one struggles with her demons. Old-fashioned as it is, Little Women still makes an engrossing read after nearly 150 years.