Are our homes and kids too clean? 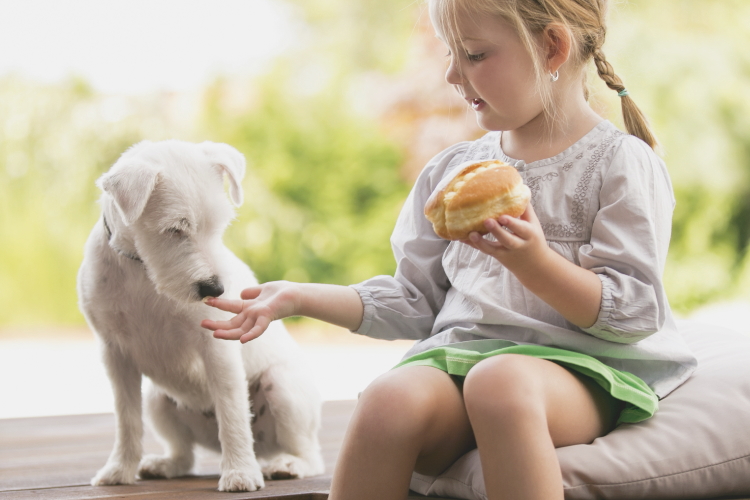 Is our obsession with hygiene putting our kids at risk of developing allergies and asthma? Rochelle Gillespie finds out ‘germs’ is not such a dirty word after all.

We live in a super clean world. Anti-bacterial soaps and hand sanitisers are everyday grocery items, our kids are widely vaccinated, and our homes are airtight and designed to keep the heat in. And I’ll bet that in the lead-up to your baby’s arrival your nesting instincts hit hard and you and your rubber gloves disinfected that house from fridge door to skirting board. But is it possible that our obsession with cleaning is actually doing us harm?

A 2012 study by Colmar Brunton showed around 60% of people don’t know what chemicals commonly found in household cleaners and cosmetic products are harmful. And that’s despite two-thirds of homes having someone with a skin condition.

Missing old friends
You may have heard of the ‘hygiene hypothesis’ concept, or a slightly updated version, the ‘old friends hypothesis’. The notion is that children who grow up on farms, around animals or in larger families don’t seem to develop asthma as often as other children. There’s also some research to suggest that children who go to daycare and are exposed to more germs will have fewer allergies when they grow up.

It’s not so much that our homes are too sterile, but rather that a move to a more urban environment has meant we’ve lost touch with the good bacteria needed to set up our immune system. More recently an increase in other diseases, including type 1 diabetes, multiple sclerosis, some types of depression and according to some evidence, autism, has also been partly blamed by this lack of exposure to germs.

Perhaps then, the answer is in getting people thinking about how to safely get in touch with the right kind of germs again. And much of that comes down to lifestyle changes. Things like natural childbirth, extended breastfeeding, physical play among siblings, and more time outdoors will all expose infants to the right sort of germs to hopefully stave off allergies and asthma.

Penny Jorgensen, Allergy Advisor at Allergy New Zealand, says another area of research is the Vitamin D hypothesis, based on the assumption that we’re spending less time in the sun which is also important for immune system function. But with all this research ongoing, there isn’t yet one clear culprit. “It is rather like building a jigsaw puzzle,” Penny says. “We haven’t got all the pieces and we don’t know what the final picture is supposed to look like or even how big the puzzle is.”

Fear factor
It has to be a relief to hear that dirt (the right kind) is good for us, because any attempt at creating an entirely sterile home environment is futile anyway.

Author Mary Roach writes in the New York Times that she suspects most people who buy anti-germ wipes and sanistisers do so out of fear. She points to a study at the Columbia School of Nursing involving 224 households in New York, with at least one preschooler. They were split into two groups; one used antibacterial products for 48 weeks, the other used ordinary cleaners. The rates of cold, flu and food poisoning within both groups were essentially the same.

Mary Roach asks the reader to consider that an active adult touches an average of 300 surfaces every 30 minutes. “You cannot win at this,” she writes, “You will become obsessive-compulsive. Just wash your hands with soap and water a few times a day, and leave it at that.”

Indeed there’s a growing body of evidence that some of those household cleaners themselves are contributing to allergies and other health concerns. The Environmental Working Group (ewg.org) claims 53 per cent of cleaning products they assessed contained ingredients known to harm the lungs. About 22 per cent had chemicals believed to cause asthma.

But proving outright a link between such contaminants and asthma or allergies is no easy task. As Penny Jorgensen explains, "It is difficult to research the effects of chemicals for a number of reasons, mainly because effects may be delayed across generations.” Indeed, the wheels of progress in these areas are frustratingly slow. It can take many years before concerns raised by scientists and consumer watchdog groups are listened to, then acted on by the powers that be; think about the continued use of Teflon and BPA.

Clean the cleaning cupboard
The good news though is that you don’t have to rely on politicians and big business to act on your behalf. The best thing you can do for your family is learn how to read labels yourself.

In 1993, New Zealanders Malcolm and Melanie Rands launched ecostore, based on the premise that if there’s any doubt about the safety of an ingredient they’ll find a safer alternative. Here’s what ecostore has to say about a few of the common ingredients you’ll find listed on products in the supermarket cleaning aisle:

• Sodium Lauryl/Laureth Sulphate (SLS and SLES) These chemicals are added to products to make them bubble and foam. Yet SLS is an industry benchmark for skin irritancy, and has been used in clinical studies to induce contact dermatitis. SLES is often promoted as a more gentle alternative to SLS but due to the synthesis process it goes through, SLES has been found to be contaminated with 1,4-dioxane, a suspected carcinogen. SLS and SLES go by many other names, or may just be listed as ‘Anionic surfactants.’

• Cocoamidopropyl Betaine (CAPB) is used in dishwash liquids, hand and body washes and bubble bath. It’s cheap and effective but contains the impurities amidoamine and dimethylaminopropylamine, which can cause skin sensitisation. Voted Allergen of the Year 2004 by the American Contact Dermatitis Society.

• Enzymes used in laundry detergents, can remain in your clothes and sheets, even after the final rinse. These are designed to break down fats and protein stains in your clothes but can keep working when in contact with your skin, causing itching and irritation.

• Optical Brighteners are added to laundry detergents to make fabrics and other substrates appear visually whiter but they're also associated with allergic reactions and skin irritation.

• Triclosan is an antibacterial chemical under close scrutiny by the US Food and Drug Administration (FDA). It’s used in soaps, toothpaste and other body care products as well as rubbish bags, toys, linen and even mattresses. It’s believed it can interfere with hormone levels and yet the FDA says “it has not been proven to be any more effective at getting rid of germs than ordinary soap and water.” The FDA is expected to make a ruling on triclosan in 2016.

Just reading all that might be making you itch. And yet, there are still other ways chemicals get inside our bodies. Strong fragrances can trigger allergic reactions in some people. So you might choose to avoid scented candles and artificial air fresheners. How about opening a window instead?

Good to know
In fact, if you're cleaning with strong smelling products, it’s a good idea to wait till your child is sleeping in another room or out of the house. Children breathe in more per kilogram of bodyweight than adults do which makes them more vulnerable to harmful chemicals.

And when you are shopping for cleaning supplies, try the baking aisle instead. Baking soda is your best friend for keeping your baby’s play areas clean, but without the need for any chemical nasties. You can sprinkle baking soda on a damp sponge to wipe down your baby’s cot and change table, car seat or highchair. Pop some in your dishwasher to give it a good clean instead of running through a dishwasher detergent.

White vinegar is great for cleaning chrome and cookware, and tea-tree oil is another safe alternative. Pop one or two teaspoons in a spray bottle of water for an all-purpose cleaner.

Researchers at Manchester Metropolitan University decided to scientifically test the theory to see if it could be trusted. They had a selection of items – bread with jam, cooked pasta, ham, a plain biscuit and dried fruit, and dropped them on the floor for three, five and 10 second intervals. The study revealed those foods with high salt or sugar content were safer to eat. It’s one of those rare times when it seems eating processed food is actually better for us. Dried fruit and cooked pasta showed signs of having picked up bacteria after just three seconds on the floor.

And what about your child’s dummy? You may be surprised to learn that one of the best things you can do is put that dummy in your own mouth first. Yes – shock, horror – a study of 184 Swedish babies published in 2013 found that those babies whose mother or father sucked on their dummies to clean them were less likely to get eczema and asthma. The theory is that the parents have passed on some of the harmless bacteria in their mouths to their babies which actually stimulates their baby’s immune system.

Rochelle Gillespie is a mother of three. Her best cleaning tool is her family’s puppy called Scout. If any food accidentally drops on the floor, Scout gobbles it up faster than you can say “go get me a paper towel.”