DIY inspiration for the nursery and beyond 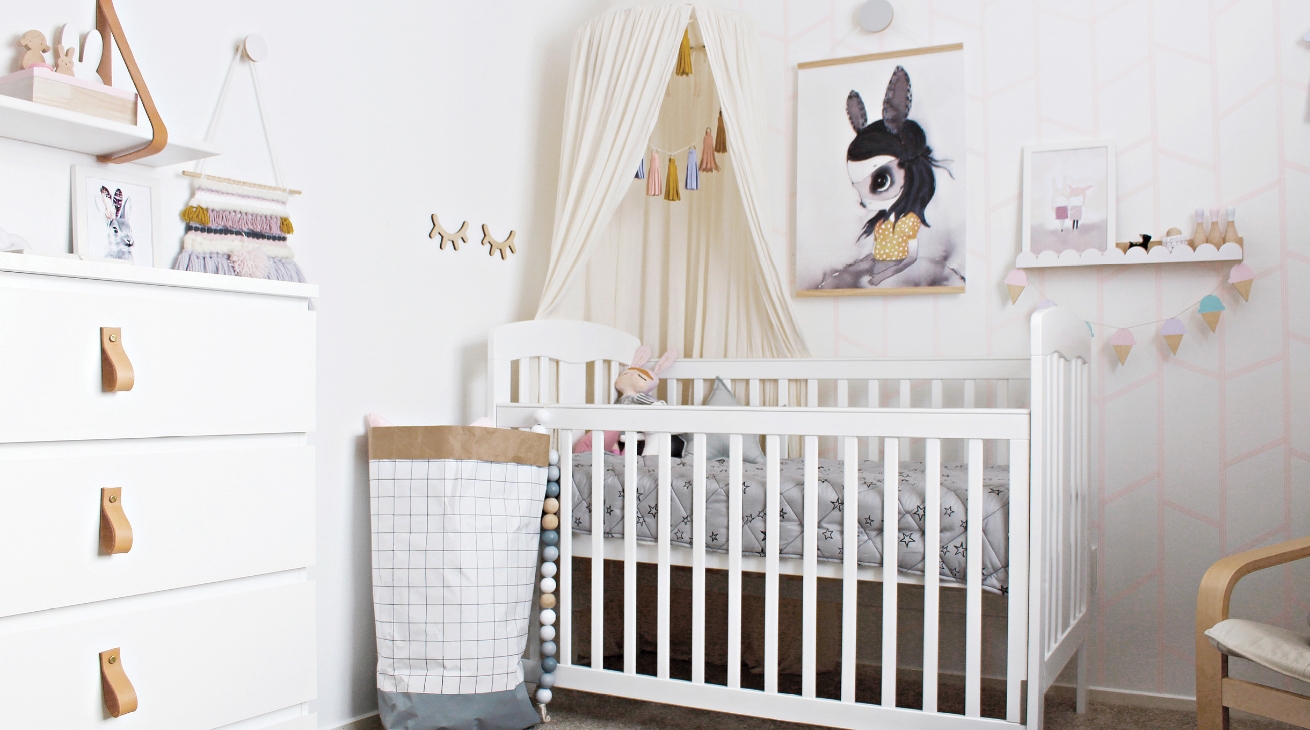 With the right inspiration and guidance, everyone can try their hand at DIY home décor.

Julie Stuart lives on Auckland’s North Shore with her husband and their two small children, two-year-old son Harvey and four-month-old daughter Piper. They bought their house seven years ago and have slowly been turning it into a home. DIY projects are one of Julie’s passions and, while she loves tinkering away on her own home, she’s gone beyond her four walls and established Clever Poppy, a business to help others create beautiful décor for their home.

“I do all the research and testing; I figure out where to buy supplies and how to create the on-trend look so my customers can just do the fun part – the hands-on making! I noticed that home décor DIY projects were becoming more and more popular (thanks to programmes like The Block etc). While people love the idea of DIY and enjoy it when they actually get around to it, so often people are too busy with day-to-day life to facilitate any projects. That’s where the idea for my DIY kits came from, and now I’ve moved to a focus on downloadable projects" explains Julie. Tell us about your most recent project

Julie: When I was pregnant with Piper, the nesting urge to create a nursery for a wee girl kicked in big-time. I also used this as an opportunity to create a room in which I could showcase various DIY projects I made for Clever Poppy, alongside décor I love from small businesses in Australasia. It is totally a bonus to now have somewhere so lovely to hang out with Piper (we've been doing that quite a lot at night lately!). What was your inspiration behind the room?

Julie: As you can imagine, I spend a lot of time on Instagram and come across many beautiful nurseries. I felt inspired to create something that was current and stylish, but that incorporated timeless pieces and things I’d hand-made with love to add character.

What is your advice to parents who want to give DIY a go, but don’t feel they are ‘creative’ enough?

Julie: There are so many places you can go for inspiration and guidance on DIY projects – such as Pinterest, blogs, and websites like cleverpoppy.co.nz. Have a look around to get a basic feel on what you want to make, the look you like, and how to put it together – and then just throw yourself into it. Often the most daunting part is getting started, but once you have begun, you’ll love it and will want to keep going!

And don’t be a perfectionist – my motto is that if I take a step back and like the overall look, then I’m happy! Life’s too short to be agonising over getting every detail perfect, and no one else will look that closely either. What is your favourite thing about the room?

Julie: It would have to be the herringbone wall effect I created with Scotch Expressions washi tape. It really gives the room a wow factor and adds depth. Pretty awesome considering it only took me a few hours! Find out how to create your own Creative Orbs here