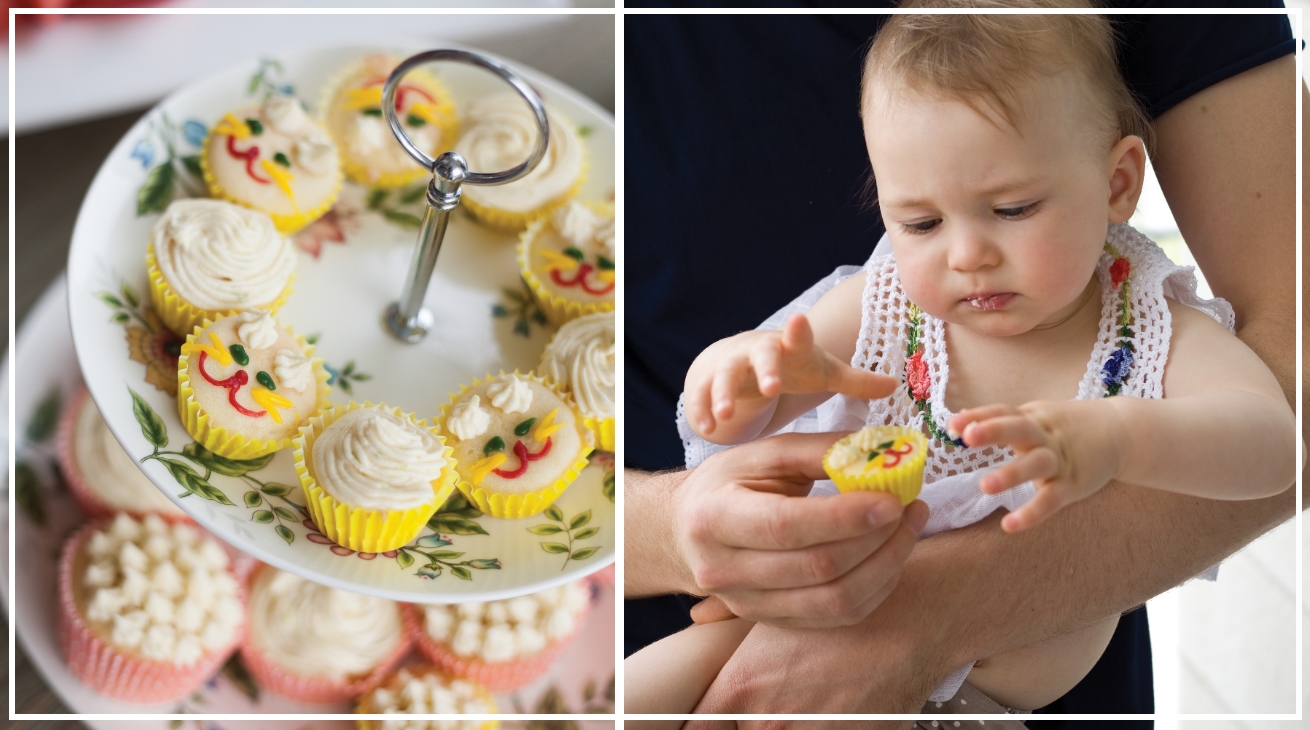 High school sweethearts Jaimee and Jae returned to their roots to celebrate their daughter’s first birthday.

Not only is Dylan the firstborn, she’s the first grandchild on both sides of the family, so for her Auckland-based parents, Jaimee and Jae, it made perfect sense to return to their hometown of Gisborne to celebrate her first birthday.

The family started the day by burying Dylan’s placenta under a pohutukawa tree overlooking Wainui Beach, where Jaimee and Jae had spent the majority of their youth playing and surfing. After this significant moment, they moved up to Dylan’s grandparents’ home, Ridge House, situated on a hill with panoramic views of Poverty Bay right over to Mahia Peninsula, where they were joined by their guests. “It was a great opportunity for a reunion of high school friends, all of whom brought along their children, so it was a perfect blend of family, best mates and little bubbas”, mum Jaimee recalls. “The theme was very simple. We went with my favourite colour combined with Dylan’s love of cats.” Jae’s stepmother had organised for their neighbours down the hill to bring up two Shetland ponies. The littlies loved this, and each had a turn being led around the olive trees. Dylan burst into tears when popped on one, but was happy to give them a pat from the safety of her Papa’s arms. After eating, guests meandered down to the ridge where the kids crawled, ran, laughed and blew bubbles against the  stunning backdrop of Young Nick’s Head and the ocean.

The cat’s whiskers
All the party treats were gluten-, dairy- and soy-free, due to Dylan’s intolerances, but it didn’t mean anything was missing. The cupcakes were made from Countdown’s Free From Gluten cupcake mix (with the icing made using Olivani), and the pikelets and blueberry muffins were made from the Phoenix range of baking mixes. Jaimee made the asparagus rolls with super soft gluten-free bread, and served the corn chips with guacamole made from Gisborne avocados. Adults were catered for with filled rolls and ham off the bone. As per family tradition, dad Jae made the cake – an Edmonds carrot cake with almond meal substituted for flour. The fur was a mixture of plain and toasted desiccated coconut on lemon syrup, and features were made with slivers of jelly lollies and licorice.