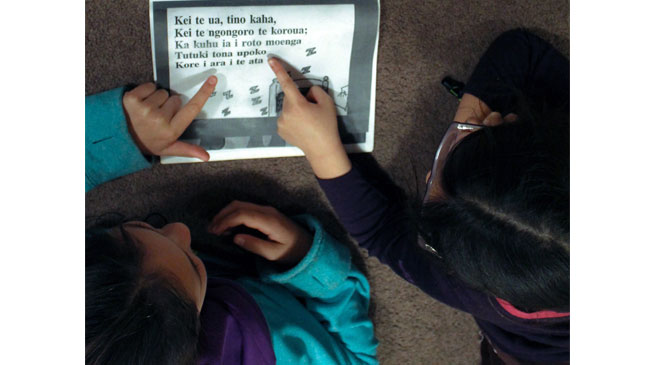 The use of te reo Māori is on the rise. More parents are speaking te reo to their infants, in comparison to their own childhood. The number of toddlers of Māori descent who understand te reo has also increased. This information is revealed in a new policy brief from the Growing Up in New Zealand study that follows the lives of almost 7000 children from before birth into adulthood.

“It has been proposed that Māori language could be described as safe if 50 percent of Māori spoke Māori,” says Dr Te Kani Kingi, Māori Expert Advisor for the Growing Up in New Zealand study.

Te reo Māori remained a predominant, living language in the early post-colonial period, but by the mid-twentieth century concerns were raised that the language was dying out.

Initiatives since the 1980s, including kohanga reo and kura kaupapa, have focused on the revival of te reo Māori and have emphasised the importance of the language to New Zealand’s national identity, says Dr Kingi.

As described in the policy brief, it is rare for the parents of the new generation of New Zealand children to themselves have been raised in a Māori language environment. The study shows an encouraging change in that trend: by the time their own children were nine months old, 15 percent of mothers and 7 percent of fathers were speaking some te reo Māori to their infants.

Despite more children understanding te reo today, regular use of the language at home remains low. Less than 1 percent of children had a parent who was speaking mostly te reo Māori to their infants. The main motivations for those parents who used te reo as the primary language at home was to maintain their Māori culture, to bring up their child in a bilingual environment, and to ensure the child’s success later in life.

“The challenge for us is now to support those children who are hearing Māori as infants and understanding Maori at age two, and to turn them into active te reo speakers later in life,” says Dr Kingi.

Image/ Growing Up In NZ