Ask yourself this before trying to defuse a tantrum 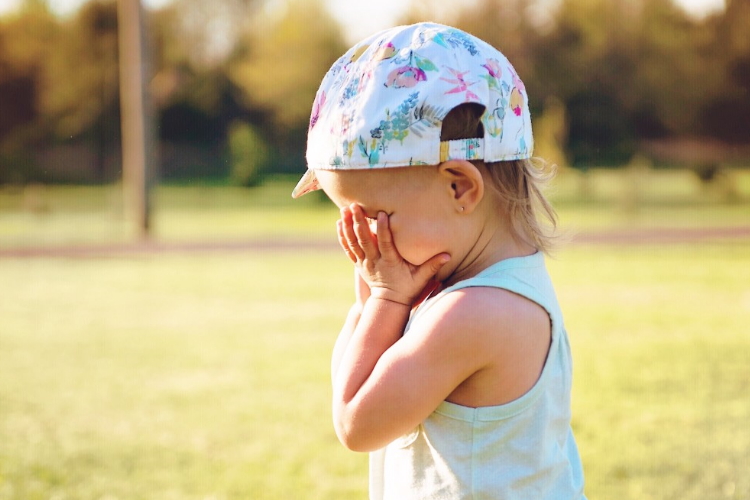 When your child’s emotions regularly boil over into tantrums, it’s a hard ask to keep your cool. Pippa Henderson offers no judgment, only suggestions, and reassurance that peace will return to your world.

My daughter, now nine, suffered from rather severe tantrums, (actually everyone suffered – not just her!) from about 18 months through to four years of age. I’ll never forget her being so enraged she tried to wrap her little jaws around the open car door, as if it was a burger, and another time being so adamant she wouldn’t leave the playground she bit my handbag. Just as she came out of her tantrum phase, my son entered his. But after a while I noticed his tantrums came from a different place, requiring my husband and I to respond to them in a very different way. My youngest, another boy, seemed to have a mix of both types, so we had to determine how to deal with each as they occurred. He’s now four, and I’m very happy to report we haven’t seen a fully-fledged tantrum for a while. Now that I’m coming out the other side I really want to encourage those of you who are still regularly enduring these episodes.

When it comes to tantrums, the age of four is a significant one. It’s when the prefrontal cortex, which helps control emotion, matures. This brain region has been implicated in planning complex cognitive behaviour, personality expression, decision-making, and moderating social behaviour, which explains a lot. Your child’s behaviour is completely unreasonable, because they themselves are not yet quite able to reason. They’re experiencing intense emotions they cannot handle, and the flailing arms and screams of blue murder are simply how these emotions express themselves in overflow. I’ve caught myself more than once berating a child for behaving like a two year old, only to remember they were in fact, still two. Sometimes we need reminding of our child’s age, and that tantrums, unfortunately, are a normal part of life.

Sometimes we also need reminding that how we’re reacting to our child’s tantrums is likely to be completely normal as well. Tantrums are extremely frustrating and stressful for parents, and this needs to be acknowledged. I can’t think of a time when I’ve felt more desperate than when my child has completely lost the plot. But over the years I have learnt that if I can raise my eyes for just a moment (downcast in both shame and horror as my child thrashes around on the floor) there are perfect strangers willing to meet my gaze with mercy, and it is hugely consoling to feel the empathy of those who’ve been there before.

So from one parent-in-progress to another, here are some tips to keep you grounded when your child is chucking a wobbly.

1. Determine the root of the problem. Ask yourself, at a very basic level, what is causing this behaviour? My daughter’s tantrums were generally birthed out of rebellion. There’d been a line in the sand, and she’d wanted to cross it, and being a free-spirited child, always keen to assert her independence from a very young age, the tantrums had been her way to ensure her wants and opinions were heard – her attempt at controlling the situation.

As for my son, his tantrums presented in a similar fashion, but his were born out of frustration or despair. Something had got the better of him, for example a puzzle, an item of clothing, a food wrapper… and he couldn’t contain the negative emotions that resulted.

I think my daughter and son were naturally inclined to act and react in these differing ways because of their natural temperaments. You may want to take a moment to understand your family temperament, as it will help you learn how to respond.

2. Respond accordingly. I learnt the best way to deal with my daughter’s rebellious tantrums was to leave her to it, to try and find a safe place for her to work through her emotions, learn how to make sense of them and hopefully calm herself down. There was no point going over the same ground with her – she needed to know my decision was final, or that a certain rule was absolute (and often for her own safety or well being), and butting heads was not going to change things.

My son’s tantrums of despair required the opposite. He needed a lot more reassurance. I needed to help him find a resolution – if he’d let me – and to make sure I got through to him that I had his back, and that all would be ok.

3. Speak ‘toddlerese’. One helpful technique my husband and I used was to talk to our tantruming children in their own language, which we learnt from the book ‘The Happiest Toddler on the Block’, by American paediatrician and child development expert Dr Harvey Karp. The basic idea is to break down what you think your child is trying to communicate to you into short phrases and repeat it back to them, so, crucially, they see that their feelings are understood. For example, ‘Tom wants scissors? Scissors for Tom?” This is helpful even for young children with advanced communication skills, as in the midst of a tantrum they lose their ability to compute. My husband was better at toddlerese than me. For some reason when he spoke like that, with simple body language and facial expressions in the mix, they’d stop short in the midst of their tantrum and stare.

4. Take preventative action to lessen the likelihood of them occurring. Tantrums are more probable (some might even say inevitable) when young children are tired, or have a low blood sugar level. Cover your bases. Leave home with a pantry of healthy snacks in your handbag, and try not to let them become over-stimulated. If you see the tiny spark work quickly to resolve the issue before it ignites into a full-blown temper. Miriam McCaleb has a helpful article on using love and clear limits to set the scene for good behaviour.

5. Don’t try to preserve your dignity. To begin with I was mortified by my daughter’s very public ‘performances’ – she often seemed to save her kicking and screaming for the quiet moments in church, or a busy supermarket. But as soon as I stopped trying to save face the better. While I was trying to preserve my dignity I couldn’t focus (or find my sense of humour!) Our neighbour complained to us about her screaming, so for a while I did everything I could to keep her quiet, but this actually hampered my parenting. Sometimes (actually often) she just had to cry it out, loudly. It was only making things worse to appease the neighbour. You’ve got to do what is right in the long run. Remember you have nothing to be embarrassed about, you are doing the best you can.

6. Switch your focus. After a while I realised that the most important thing was for me to keep my cool. If I fought back to every challenge my daughter offered me, it would be constant war. If I let my nerves fray when my son’s frustrations were getting the better of him, we’d end up in a horrible cycle of anxiety.  The only way we were going to get out of that moment un-traumatised was if I could stay calm. Have some confidence in yourself, your intuition, and your experience. You’ve been there before, and made it out alive, and now you have even more experience to go on.

7. Ask older tantruming children a simple question. In Fabiana Santos’ article on Aletia.org, ‘How to defuse a child’s tantrum with one question’, she points out we need to make children feel respected in the sense of acknowledging what they are feeling. She advises we ask children over five if this is a big problem, a medium problem, or a small problem. “When we acknowledge what they’re going through, and at the same time make them participate in solving the problem, we can disarm the tantrum.”

8. Put a filter on people’s advice. “Just distract them,” people would tell me, or “have a tantrum yourself and see what they do,” or “that kid just needs too be shown whose boss.” I was advised not to give my daughter so many choices, but then someone else would tell me the importance of letting her make her own decisions, and giving her room to move. It often felt like peoples’ suggestions were subtle (or not so subtle) critiques of my parenting, and I clearly remember wanting to see them walk a day in my shoes, trying out their advice on my child!

I know it’s ironic to state at the end of a page of advice, but too much information can be befuddling, and unhelpful when you’re already at your capacity. You know your child best, and you know yourself. Take a deep breath, try to determine the root of the problem, and trust your instincts. Even category five hurricanes blow over.