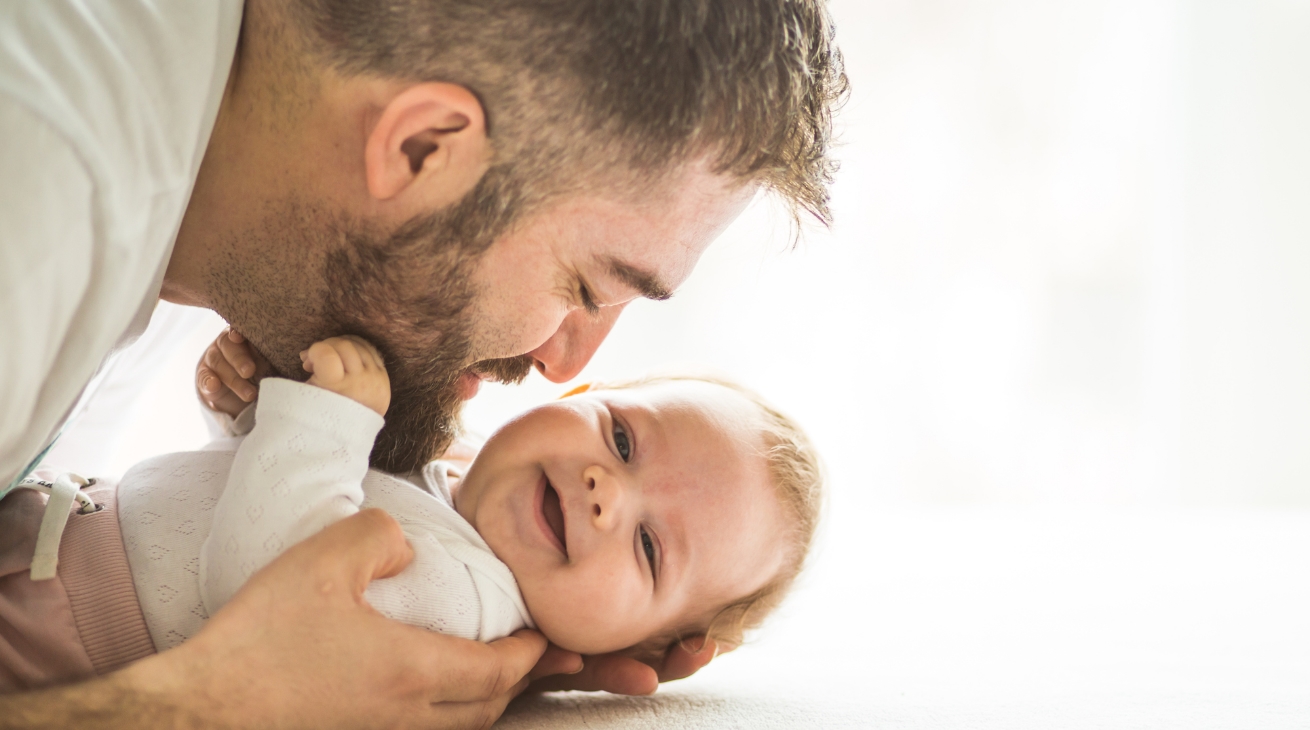 I became an instant "Daddy" when I married Becca. She already had Kiya, who was nearly three! I had met Becca when Kiya was about six months old; however, it was still a very scary moment for me to become her Daddy.

It was great, though, because Kiya had already started calling me Daddy, although I sort of wanted it to stop until we were married because I was not sure I was ready to be a Daddy yet. Kiya, however, seemed to adore me, so it made it a lot easier.

Actually, Becca always said she wouldn't have married me if Kiya had not chosen me to be her Daddy. I don't know if it's harder to become a Daddy when that little boy or girl is not actually yours, but it's still really special!

I love Kiya so much and I wouldn't trade her for the world. She's the greatest little girl! My plan has always been to adopt Kiya, so hopefully this will happen within the next couple of years. I might not be Kiya's biological father, but I really do feel like her Daddy. This is especially so when I come home from work and she yells, "Daddy!" and runs up to me and wraps her arms around me. That is one of the coolest feelings in the world.

Just over a year into our marriage, Becca told me that she was pregnant. Yes, we had been trying (not for very long though), but it was still one of the scariest and most exciting times of my life. We were going to have a baby! I do try to treat Kiya just like my own child, but it was still very exciting to know that this new baby would be my biological child. But I hope Kiya will always feel just as loved by me as my other children!

Several months later, I was sitting next to the bath were Becca was about to have a little baby boy. We got into the hospital at 6.00am and Josiah was born at 6.58am.

Now, I've heard that births can be quite disgusting, and perhaps they are if it's not your wife and baby you're seeing, but Josiah's birth was beautiful. When Josiah came out, it was the most amazing sight! Becca had a cuddle, and the cord was cut.

He was then passed to me for a cuddle while Becca got cleaned up. That was definitely the most incredible moment of my life. I was a Daddy again, better yet, I was now a father!  I was holding my wee boy in my arms. The only problem was that I think I was running on adrenaline for the entire labour, and I had to tell the midwife to take Josiah from me because I felt like I was going to pass out!

Being a Daddy is the most amazing experience. It is such a pleasure and joy to watch my children grow up. Kiya is only five at the moment, and Josiah one, but already I've seen and learned so much. I can only trust and pray that I will be a good Daddy, and a good Father to my two kids. I look forward to the next one arriving in a couple of months, and also the other two that Becca and I want.