Home > PARENTING > For you Mama > Drew Barrymore on parenting 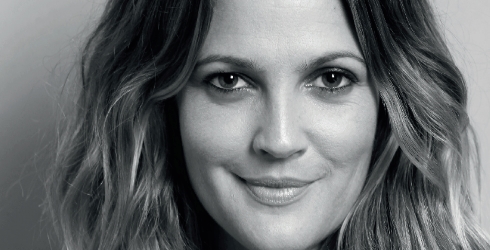 Kids of the eighties probably first remember Drew Barrymore as the little sister from Steven Spielberg’s ET, that cinematic icon of our childhood. But if you missed the ET era, you’re still likely to be familiar with Barrymore’s work as she is one of the few Hollywood child stars to successfully transition to adult actress. She is also a screenwriter, film director, producer, model, author, United Nations ambassador and in recent years, Drew Barrymore became a mum.

“So many emotions take over. You have this terrific sense of pride and joy in watching your child play and learn things. But I’m trying to avoid being the kind of anxious mother who always wants things to be perfect. I want to give my girls a very beautiful, safe, and loving home. I want them to be happy and grow up with security and stability, something I didn’t have. Sometimes though I just worry about them banging their heads onto a table or falling down,” admits Barrymore, laughing.

Drew and her husband, actor Will Kopelman, have two daughters – Olive, who will turn two in September, and baby girl Frankie, born in April this year.

Having chosen to spend most of her time working on her new family, Drew is once again gracing the big screens with her first film in two years. And she has a familiar co-star in Adam Sandler. Barrymore and Sandler have now made a habit of falling in love on screen. Following 1998’s charming The Wedding Singer and 2004’s sweetly sentimental 50 First Dates, the comic couple are back together again in Blended, a romantic comedy in cinemas this winter.

Blended follows single parents Jim (Sandler) and Lauren (Barrymore) through their horrific first date. But after they mercifully bid each other so long and farewell, they find themselves – and their kids – on vacation together in South Africa. In the course of a “romantic” getaway adventure that follows, the seemingly mismatched couple struggle to overcome their differences through a series of safaris, dances, and candlelight dinners.

“Every ten years or so we get to fall in love again,” Barrymore, 39, says. “We’ve always enjoyed working together because we just make each other laugh and everything we do seems very natural together. I can’t stop laughing when I’m with Adam.”

Having spent a lifetime in front of the cameras and much of her troubled early life in the public eye, Barrymore has also distinguished herself as a successful producer with the Charlie’s Angels film franchise in addition to He’s Just Not That Into You (2009), Fever Pitch(2005) and Never Been Kissed(1999), all of which she also co-starred.

As her first film since becoming a mum, it’s no surprise that Blended touches on issues close to Drew’s heart.

“This movie deals with what Adam and I both care about – kids and family and giving your kids what they need. There are a lot of scenes that deal with how much time you take for yourself and how much you give to your kids. Those are the kind of talks Adam and I have in our lives right now,” says Drew.

And it makes sense that the friends are working together again.

“Adam and I bring out the best in each other. I’ve chosen to work less often now and only do one film every two years or so because I want to lead a very different kind of life and enjoy my time with my family. Adam was the one who found a project for us after I had been bugging him that it’s been ten years and it’s time for us to work together again. We wanted it to be about family because that’s where our focus is in our lives now.”

While her earlier romantic comedies contained all the usual ingredients of feel-good entertainment, Barrymore admits working on this film was more emotional.

“When children are involved your thinking and perspective is so different from when you’re single and your thoughts revolve so much more around your own interests. It also made the comedy more poignant in a lot of ways and Adam and I both saw how this film could bring out those deeper moments you have as parents and that life becomes more complicated.”

In some ways their personal lives have also been reflected in the other films Adam and Drew have worked on together. They clearly have chemistry and enjoy working together, but there is an element of art imitating life.

“When we were doing The Wedding Singer, we were young and single. With 50 First Dates, Adam and (his wife) Jackie were planning their wedding. Another 10 years later, here we are. Our films are so true to where we’re at in our personal lives. It’s like we’re able to live out a lot of our experiences by being part of these films and it’s interesting to be able to bring some of what we’ve gone through to our characters.”

We see plenty of Hollywood parents in magazines, sipping their Starbucks and pushing their designer strollers. We don’t, however, hear much about how they juggle the demands of their movie careers and the 24/7 nature of parenting. We assume they just have plenty of staff. But what does motherhood mean for a movie career? Was there a point for Drew where she realised she wanted a family more than devoting herself to work as an actress and producer?

“I had a difficult time working on a project that collapsed and that was very frustrating and I saw that working all the time wasn’t the answer for me. I took a trip to India and to Bhutan and it was the kind of time you spend alone really thinking about your life.

“I decided I needed to take a break and change things up even though that meant not indulging my workaholic side.

“You’re afraid to let go of the life you’ve gotten used to. But taking that time away from work was probably what led to the place where I was ready to meet my husband and figure out how to be happy with him and also to be a good mom.”

Born into a show business family and growing up in the glare of Hollywood, Drew’s own childhood was haphazard. Coming to terms with some of that turmoil has been healing and has helped Drew prepare for her own parenting journey. It also provides a platform for the type of family life Drew wants her daughters to have.

“You go through a process of wanting to place blame on people, but I don’t think it’s fair. You’re dealt the cards that you’re dealt. You can let that be your downfall or a springboard to become something better.”

She says it took time, but eventually she realised feeling sorry for herself and being angry at her parents was a waste of time.

“The best thing I can do is learn all the things I’ve learned from them, good and bad, have my own family and just keep on going.”

Recently Drew has journeyed through a challenge familiar to mothers everywhere – the marathon of being pregnant while looking after a toddler.

“You’re very tired, but it’s so wonderful. God, it’s emotional, but it’s the best. I wouldn’t want to be anywhere else.”

While clearly still a busy woman, motherhood has slowed Drew down and these days she takes a more relaxed approach to life, savouring the simple joys of her daughters’ childhoods.

“I love reading to her (Olive). I’ve spent a lot of time finding beautiful children’s books and discovering all these wonderful stories that I can read to her. Now I carry these books with me everywhere because it’s like the best crutch in the world to have a book with you. They become these great tools in life. I can’t wait until she’s older and I’ll be able to share so many great books with her.”