How to do more by doing less 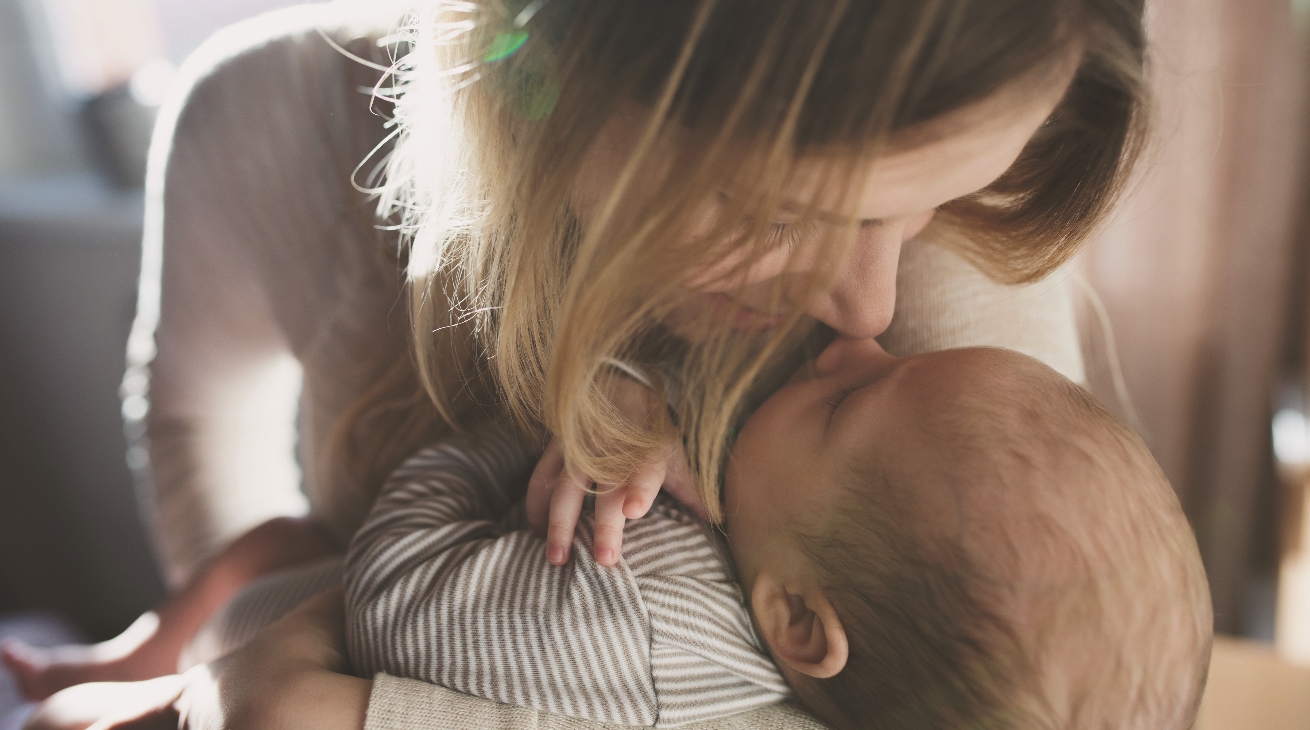 While ‘busy’ is the new ‘fine’, Miriam McCaleb dispels the myth of multitasking, empowering us to do less and achieve more.

Ours is a culture that celebrates busy-ness. Although there’s an increasing move toward recognising the value of slowing down – the trend toward learning about the benefits of mindfulness, for example – we are still immersed in a cultural soup that is enamoured with productivity. The story of our time is one that encourages action, pace, and things ticked off lists. Listen carefully to the exchanges between people as we enquire after one another: “How are you?”. It’s not uncommon to hear a reply that tells us nothing about a person in terms of their mind, body and spirit. Often “How are you?” is answered with the catch-all “Busy!”, sometimes with an eyeroll, other times with an undertone of pride.

The truth is, all this busy-ness comes at a cost. We know that stress takes a toll on our physical wellbeing, and that living with too many plates spinning does not bring about the sense of competence that we are looking for. This shouldn’t really surprise us anymore. It has been almost a decade since the release of Dave Crenshaw’s book, The Myth of Multitasking, in which he explains how attempting to ‘do it all’ actually gets nothing done. But still we persist – squashing more and more into our days, still feeding the myth of multitasking.

Close some tabs
New Zealand’s own Dr Libby explains this phenomenon using the excellent analogy of having too many tabs open, as we do on our web browsers. As overwhelming as it can be to stare at a cluttered screen, wondering where to put our attention first, so it is inside our minds when we try to hold competing ideas at the forefront of our thinking. There simply isn’t room. Says Darcy Smith, PhD, a writer for Psychology Today: “Humans can only focus on one thought or task at a time”. Indeed, it would seem that shared attention is not good for our brains. In the book Wilful Blindness, author Margaret Heffernan reminds us that “as attentional load increases, attentional capacity gradually diminishes”, ie, we have a limited amount of attention, so the more we chuck at our brains at once, the less effective we are at thinking about any one thing.

One example: Heffernan’s data from the Harvard Centre for Risk Analysis tells us how much of a problem it truly is to use cell phones while driving (research suggests it’s worse than drink driving!). We are much, much safer drivers when we just concentrate on the driving! Part of the problem may be in the way we process media multitasking. Researchers at Stanford University found that people who are regularly bombarded with several streams of electronic information do not pay attention, control their memory, or switch from one job to another as well as those who prefer to complete one task at a time.

Back to Heffernan now, whose case studies and interviews led her to report “the case for multitasking is on a par with ‘urban legend’; that is, it’s a story we like the sound of but ... it is really nonsense”. Dr Smith explains the phenomenon this way: “The concept of multitasking is actually a misnomer, as it involves continuous ‘switch-tasking,’ which is to say, moving back and forth between tasks”.

One suggestion as to why women are credited with being superior multitaskers is the fact that women typically have a more robust corpus callosum than men. That’s the band of nerve fibres that links the hemispheres of our brains. Women’s juicier versions mean that the electrical impulses of our thoughts can zoom more rapidly from one side of our heads to the other. This leads to the ability to task-switch more rapidly (which may look like efficient multitasking). 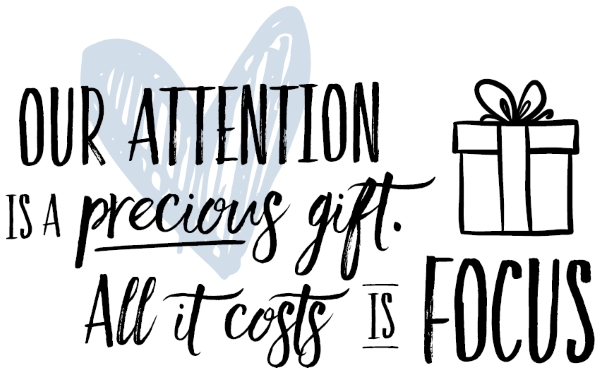 One task at a time
But is any multitasking truly efficient? As Darcy Smith goes on to explain, the problem with constantly switching between tasks is that “no one task gets our full attention. Instead, tasks get our partial attention. With each switch, it takes time for us to reorient to the task at hand. At the end of the day, all that reorienting adds up to an enormous amount of time wasted and we feel like we’ve been on an intellectual treadmill for hours”.

This “switch-tasking” (also known as “task switching” – choose your favourite, just don’t call it multitasking!) has been well studied, often by business and productivity researchers. Along the way, they’ve learned that it is “expensive”, which is one way of saying it comes at a great cost to our intellect and our outcomes. Dr Susan Weinschenk is an author and behavioural psychologist. She explains that it takes more time to get tasks completed, and also that we make more errors, when we switch between tasks than if we manage them one at a time. Inc magazine reports that “up to 40 percent of productivity could be lost due to task switching”.

We’d be better off giving our full attention to one task at a time – in the workplace, behind the steering wheel and in relationships. Nowhere is this more relevant than in our role as parents. Often, the hectic pace of the outside world can infringe on the ways we live within our homes. There is no judgement here: I fully understand the allure of multitasking, and I obsessively think about this stuff for a living! I have to consciously resist the temptation to - for example - fold washing while listening to my five year old’s reading homework. (Daily I remind myself: Just listen. Be present!) Because here’s the thing: dedicating our full attention to the people we live with is so very, very worth it. The feeling of connectedness that comes from listening fully to our partners (or feeling fully heard by them!) is matched only by the goodness that comes from concentrating on our relationships with our kids. Of all ages – the infants, the teens, the lot of them. 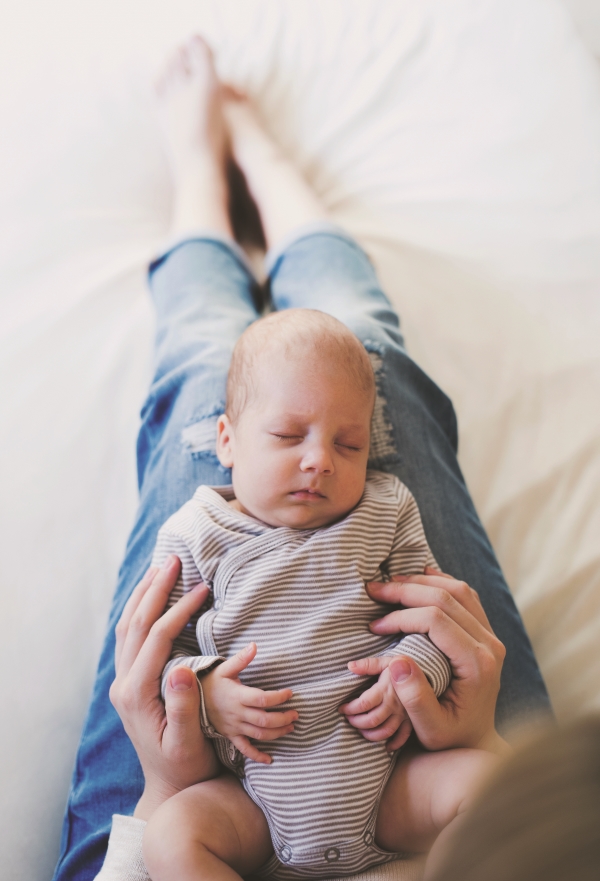 The younger the child is, the more this is true. As we know, the first 1000 days of a child’s life are a busy period of rapid brain growth, where the patterns of a child’s ‘normal’ experiences go a long way toward creating neurological pathways that will carry that person throughout their lifetime. If a child’s ‘normal’ experiences consistently surround them with adults who are distracted, provide only partial attention and demonstrate emotional unavailability, we cannot pretend to be surprised if that child grows into someone who is, themselves, distracted, has trouble focussing, or is emotionally unavailable.

Our attention is like gold. In this busy time of addictive apps and tantalising technologies, Time Well Spent founder Tristan Harris frames it: “we are in an arms race for our attention”. Where will we put our attention? Tasting FOMO as we view someone else’s life on social media? Trying to finish that report for work as we feverishly defrost something for dinner? (Gulp: half listening to a child’s reading homework as we fold washing?) Or will we gift our full attention – especially to the most vulnerable and neurologically deserving members of our household?

Making the most of a moment
Researchers from the University of Chicago used the deceptively simple method of getting mothers to pay close attention to their infants as the starting point for building a rich relationship. They summarise that “a wide variety of parenting styles can be effective in rearing children, but helping a mother focus on her baby – and make the baby a priority – is key”.

One way to encourage this full attention is to embrace caregiving routines as an opportunity for connection. A nappy change is not just a chance to get fresh pants on, it’s an excuse to block out the rest of the world and zone in to a warm interaction with your baby. I mean it: I love nappy changes! The same is true for all caregiving routines – dressing, bathing, feeding. Think of these as islands of attunement amidst the oceans of busy-ness that surround us. Try slowing down – really slowing down. Children have slower reactions and need time to process what is asked of them. By slowing down we can create room for them to be more involved (“Can you lift your legs so I can get the nappy out?” She’ll often co-operate, if you leave enough time).

Also, when we slow a routine right down we make space for conversation, for gaze, gentle touches and unhurried movements. Over time our children learn to anticipate and enjoy this opportunity to connect. When a baby becomes mobile, he or she can try to escape a nappy change. If their life experiences have featured an unspoken message that nappy changes (meal times, dressing routines etc) are something to rush through and avoid, then it’s more likely that children will demonstrate their understanding by also rushing to avoid the routine. If routines have been times of calm connectedness, and cooperation, I can assure you that parents will experience less of the toddler avoidance.

This taps into the notion of the unintended lesson. Sometimes we think we are teaching one thing when our children are learning another. If I rush the process of getting ready for outdoor play, I might think I’m teaching how to enjoy being outside, but perhaps my child is actually learning that locating sunhats and putting on sunscreen makes mum tense (which is actually embarrassingly true).

Just to be clear: when talking about slowing these things down and giving them space, there is usually only a few minutes difference. The actual difference between the time taken to indulge a full-focus routine and to complete a switch-tasked routine is fairly small, but the benefits are vast. There is usually nothing to be gained by one-handedly replying to the text message whilst attempting to one-handedly wipe the baby’s bottom. One thing at a time. No rush. Focus.

Life with small people will lead to inevitable switch-tasking. There is no mute switch for a chatty four-year-old, no pause button for a teething infant (I wish!), but it is absolutely possible to unplug the vacuum cleaner or power down the devices till kids are sleeping. Control the bits you can, let your mind focus on one thing at a time, and bask in the increased calm and – ironically – greater productivity that this brings. Our attention is a finite resource, it is worth spending it wisely.

Finally, one last challenge. The next time someone asks you how you are, instead of ostensibly waving your to-do list at them, try giving an answer that truly shares something of you.

The Myth of Multitasking, by Dave Crenshaw

Your Self Confident Baby, by Magda Gerber