On losing a mother and becoming one 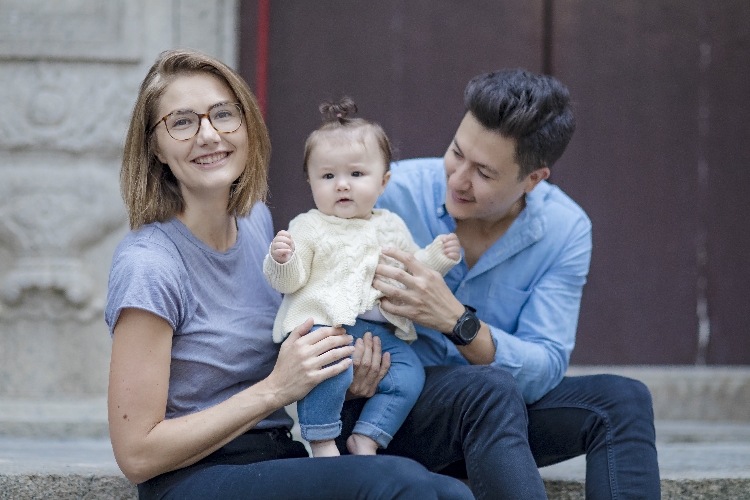 Mother: On losing one and becoming one

“The real troubles in your life are apt to be the things that never crossed your worried mind. The kind that blindside you at 4pm on some idle Tuesday.”

Ever since I heard this lyric, it stuck with me. I’m not entirely sure why, but on August 7th 2015 I experienced being blindsided at 4pm on some idle Tuesday (except it was 11am on a busy Friday). That’s the day my mum suddenly and unexpectedly made her grand exit from this world. My Friday night plans turned into a 12 hour flight from Hong Kong, where I was living, back home to New Zealand. 12 hours is long at the best of times. At the worst of times, well, it’s the worst.

I’m an only child from a single parent family and Lynn was the person I was closest to in the world. Her sudden death was an experience of contradictions. In the week that followed, I was grieving her but also celebrating her. Hers was the first dead body I’d ever seen. I decided to bring her home, so we could be together under the same roof. We put her in the living room. Her skin felt smooth, like marble. Her hair was still long and wild. The funeral director advised we keep the house cool and the cat away. That’s one of the funny things about death, one minute your mind is nostalgic, saturated by emotion, the next someone’s educating you about best practice for body preservation.

During that week we had huge group dinners, gossip sessions, dance parties, we made frozen margaritas, we cried, we made a thousand cups of tea – all in her presence. I would not have made it through without the friends and family that surrounded me. By August 17th her house was quiet again. And I was faced with the administrative side of death. Packing up 66 years of belongings, paying bills, collecting ashes, putting a home up for sale; all while coming to the realisation that that person isn’t coming back.

That was also the day I found out I was pregnant.

I couldn’t deal with this news, so basically I ignored it. The nine months that followed were a blur. I kept myself busy. I remember thinking I was coping really well. I had grieving nailed. Unfortunately, grief doesn’t disappear if you ignore it. It just hides inside you until you’re fragile. Then it cracks you open. That moment for me was the day I gave birth to Margaux and those newborn months that followed.

I can’t remember much, I don’t think anyone really does. The one thing I do remember was what I like to call my ‘Bambi moment’. You know the scene after Bambi’s mum has been shot and he’s desperately searching for her, calling her name. Well I had one of those. I was on the way to the post office. I’d slept about five hours in the past five days. I had a cracked nipple and chronic back pain. I had anxiety about the fact that I really wasn’t enjoying being a new mum. And I also had anxiety about the fact that I had anxiety. It was hot, like middle of summer feels-like-I’m-inside-an-armpit kind of hot. I was short of breath. Panicked almost. I felt so heavy with sadness I thought I was going to collapse. But at the same time weightless, like I someone had cut my tether and I was floating aimlessly. I stood in the post office queue, tearstained and covered in milk sweat. In my head I was calling out for my mum, desperate for her, desperate to ask her how the f!ck she got through this newborn stage. Searching for reassurance from her that I would be okay. That I was a good Mother. That was the moment I realised it was time to deal with grief.

Apart from missing Lynn deeply, I was petrified I would forget her. Forget the little things about her, forget her perspective, forget the way she did things, the way she lived her life. So in an effort to pull memories from my foggy mind I started writing. I wrote letters to her, I wrote poems, I wrote imaginary magazine articles documenting the special way she made coffee, or planned dinner parties or celebrated birthdays, I wrote a children’s book, creating a character based on her, something I could read to Margaux. Every time I wrote, it felt like a therapy session. Memories became clear, like high definition movies. Most of the time it was uncomfortable. But not as uncomfortable as carrying around the weight of unexpressed grief.

Margaux will be one soon. I’ll have been a Mother for 364 days. And I’ll have made it through more than 574 days without my own Mother. I still grieve. I still wonder if I’m doing a good job. Sometimes I still lie awake with my worried mind. I can however confirm the following clichés: It gets easier. Time heals all wounds. And if I could have just one more moment with Lynn there are three things I would say to her: