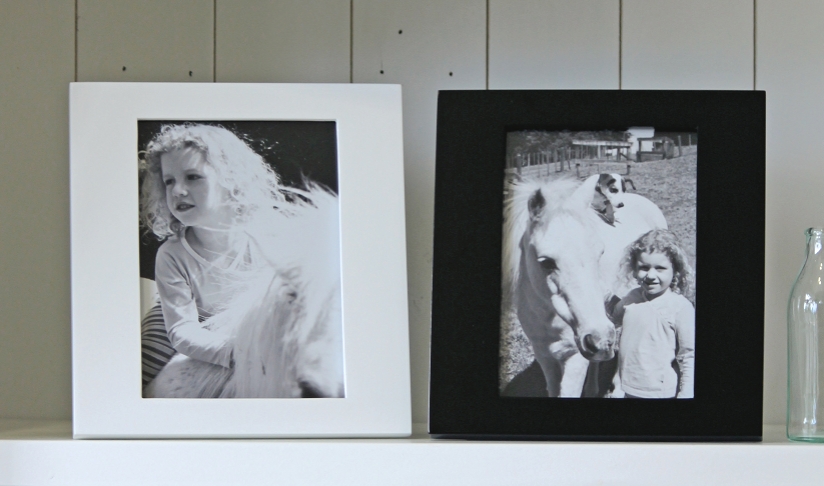 Create childhood memories to be proud of by following the advice of Auckland photographer Fiona Tomlinson.

Becoming a parent is licence to go crazy with a camera. You'll want to capture each and every milestone of your little one's growth, from their first cry, their first smile to their first tooth. But ensuring you end up with photographs that really capture the magic of childhood isn't as easy as point and click. Here are a few tricks of the trade I've learnt along the way:

1   When you're out buying up large for baby's arrival, a decent camera should be top of the shopping list. My advice is to go into a reputable camera shop and ask the professionals for their recommendations - don't think you can do it all on the internet. I recommend you choose a camera with the biggest file size you can afford, and ideally one where you can get interchangeable lenses. A good basic lens would be something with 28-70mm range, but if your budget allows, then invest in another lens with up to 200mm range, allowing you to be more of an observer and capture candid close-up shots of your kids from a distance.


2    Get down to your child's level, sit, kneel or lie on the ground. This gets rid of perspective issues, where your child's head may seem enormous and his body really small. It also means that at his eye level he is completely engaged with you and your camera. The closer to the action you can get the better. If you want good photographs of your kids remember it's not the landscape you are shooting.

3   Be very conscious of the light. Find a shaded spot, turn off your flash (even snappy-happy cameras have this ability) and see how lovely the natural light is on your children's faces. If you are shooting inside sit them next to a window or just inside open French doors or ranch slider. (See bottom picture). When you're outside in the middle of a summer's day the sun is at its highest point in the sky, so you'll need to be wary of the shade a hat will make on your child's face. Look at the two framed photos below. Sure, the one in the black frame has the nicest combination of elements (the horse, dog and child) but it doesn't work because the girl is squinting into the sun. The photo in the white frame is much more beautiful because the child's eyes are open and the light is shining on her hair from behind.

Caught on camera(photos from top to bottom)

4   Go where the kids like to play such as a beach, park or your own garden. Keep the activities fun and natural, that way you will get happy, active shots of your kids doing what they're best at - being kids. If you happen to be photographing inside or in less of a fun environment then pull out bubbles or balloons. Props like this always provide fantastic shots. Make sure you also facilitate, but try not to dictate. If children are involved in the experience they'll be more willing participants.


5   Pay attention to the background because if it's too busy it can really distract from the image. (See top photo above right). If you can't escape a busy background move yourself around so you change the angle you are shooting from. In other words, play around with the shot. A manually adjustable lens will really prove its worth by giving you the ability to blur the background and still keep your subject in focus.


6   Don't make it compulsory to smile. Young children go through a really awkward stage when you ask them to smile, and you end up with a grimace. Instead, be a silent observer and try not to stage things all the time. Of course, you wouldn't leave a child in distress, but at the same time capturing a spontaneous cry on camera is still a moment worth remembering. Candid photographs capture the essence of childhood much more than a picture of a child saying "cheese".


7   When taking photographs of your baby try to lie her on a plain rug or other piece of cloth - you want her to be the focus not the rug. The beauty of newborns is in the detail and they curl up and lie still for only a short time (see third photo above right), so in those first few days take a series of shots of their little fingers and little feet. A shot of a baby gripping her father's hand says so much about the relative size of this new human being.


8    Be aware of nap times and feed times. You'll be hard pressed to get a hungry, tired or over-stimulated child to behave for you in a picture. Children don't have the attention span to put up with a photographer's indecision. It's all about cracking on with it and trying to capture the moment as they move around.


9   Further to that, if you're having trouble getting the shot you want then move on. Mix it up and move around yourself to see what other angles you can come up with. Maybe shoot a series of photographs (see second lot of photos above right). Think of inventive ways to document your child's growth. One idea is to sit your child in the same spot once a month and take a photo of him. At the end of a few short years you'll be able to create a fascinating montage of images showing his growth from baby to big kid.


10    If you are planning a more formal shoot with your kids think about what they should wear. Keep their clothes simple and well fitted. Really baggy clothing can ride up and look messy. If you're doing a family group, you might like to dress everyone in a similar colour for a sense of unity.


11   Sometimes you won't always have your camera with you, but chances are you'll have your phone. Technology is moving so rapidly these days there's a real difference between camera capabilities on each new generation of mobile phones. That said, there are some neat tricks you can play with by using photography applications such as Instagram (free from iTunes) which can give your snap an antique, sepia or retro look.


12   Digital technology is brilliant because you no longer need to spend money having photos developed where heads are cut off or eyes are half-shut. The downside, however, is that when we shoot now we have a tendency to over-shoot, and then do nothing with the images. It's no good having photographs sitting on a computer, you need to archive them in two places because if your laptop is stolen or crashes you won't have any negatives as back-up. Remember that kids get such joy from looking through albums and seeing themselves in their younger days. I do worry that there'll be a whole generation whose images of childhood will be lost because their parents haven't archived them correctly.


13   You'll feel pretty pleased if you get a good shot of birthday cake candles being blown out. If you're inside at a daytime party, take the cake to where there's good natural subdued light and turn off your flash. It's more difficult to get a great shot at night-time but it can be done. Turn most of the lights off but leave one or two lamps on for ambient light. Turn off your flash and if you have the capability to manually adjust your camera settings, shoot at a really slow shutter speed.


14 I recommend you always shoot in colour. Afterwards you will have the ability on your computer to turn the images to black and white, but you can't do it the other way around.


15 Most digital cameras have pre-set shooting modes such as portrait, landscape, and close-ups. You'll find the "sport" mode your best friend when you're shooting active toddlers. It's especially great for your classic running-through-the-sprinkler shot which is a Kiwi summer essential.

Fiona Tomlinson has made a career out of working with children and babies, ignoring the age-old warnings against such foolishness. As well as private commissions for families, weddings and pet photography, she also creates many of the beautiful images you see in OHbaby! Magazine.