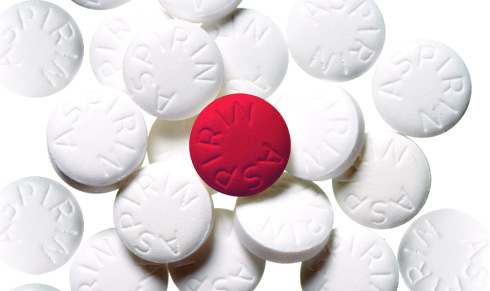 Heavy, painful menstrual bleeding is a problem which affects up to one in five New Zealand women. Dr Anil Sharma explains the causes of heavy periods, and how they can be treated.

Every month, women shed the lining of their womb (uterus) in readiness for the possibility of a pregnancy. Hormones (especially oestrogen and progesterone as made by the ovaries) interact in a complex manner and the thicker outer muscle layer (myometrium) of the uterus sheds the lining layer (endometrium). Many women have no problems whatsoever with their menstrual cycle and periods, but around one in five Australian and New Zealand women do. What nature intends to be a way of replenishing the lining of the uterus, and the provision of diversity by supplying a new egg every month, has also caused significant problems and health issues.
Doctors define 80ml per period as a heavy period, and this is the amount at which recurrent cycles will cause the majority of women to become anaemic (where the number, size and oxygen-carrying capacity of a woman's red blood cells are reduced). In reality, however, it isn't actually the exact amount that causes women problems, it is more what they were actually used to and how this has changed - for example, if their period has become heavier, longer in duration or more painful.
Women may also notice that they need more tampons or pads. The period may have larger blood clots than usual, or flooding (a feeling of the period becoming like a heavy flow) with accidents. Tiredness and lethargy can also occur with heavier periods, as can weakness and dizziness, sometimes needing a blood transfusion. Pain may be an associated symptom with marked cramps and feelingsof faintness.

Causes of heavy periods
There are many causes which all need consideration, and it is usually necessary for a doctor to rule some of the more serious causes out. Only a small number of women with heavy periods will have problems with hyperplasia (abnormal cells in the lining of the womb), or indeed cancer of the lining as a cause. Doctors are generally vigilant with this and will organise investigations to help rule these out. More serious problems such as these do not often lead to regular heavy periods, more often irregular bleeding or bleeding between periods or even after the menopause.
The most common cause of heavy periods is called dysfunctional uterine bleeding. This is due to imbalances in the levels of the main hormones that control the periods. These imbalances cannot usually be diagnosed with blood tests so most of the time this diagnosis is one of exclusion whereby other causes are excluded first. More than half of the women who experience heavy periods have dysfunctional uterine bleeding.
Other causes include fibroids (benign non-cancerous growths in the muscle layer of the uterus), polyps in the lining of the womb (fleshy non-cancerous growths) and adenomyosis (where tiny bits of the lining of the womb are actually inside the muscle layer of the uterus and can cause bleeding and pain). Other causes of these problems include thyroid imbalance and the old types of copper intra-uterine contraceptive devices.
One important cause of pelvic pain is endometriosis. Some researchers think it can also be associated with heavy periods, although this is controversial. How ever, it is important for gynaecologists to consider this as a cause of pelvic pain quite aside from the severe cramps that heavy periods can cause themselves.

What a doctor will suggest
Your GP will usually ask a number of questions and undertake an internal examination (and cervical smear if one is due). Some blood tests, including a test for anaemia and iron levels, may be offered, as may a pelvic ultrasound scan. Many GPs will be happy to treat the periods further themselves, especially initially, or may refer you on to a specialist gynaecologist.
The ultrasound scan may be quite reassuring in conjunction with your symptoms and examination findings. Sometimes further tests may be needed, such as a biopsy of the lining with either a small thin plastic device called a Pipelle, or a test called a hysteroscopy dilatation and curette under a general or local anaesthetic. This test involves looking inside the uterus with a thin telescope followed by removing some of the lining of the womb with a curette instrument, which will assess the lining to ensure there are no abnormal cells.

Non-surgical treatments for heavy periods
Some of the things to consider before treating a woman for heavy periods include the age of the patient and whether fertility is still needed. Many of the drug-type treatments are of benefit for many women with mild to moderate heavy periods or patients or do not wish to undergo surgery. Some of these medications may not be suitable for all women and your doctor will discuss them further with you. Non-steroidal anti-inflammatory drugs (NSAIDs), such as Mefenamic acid, are aspirin-type substances that often reduce the period by one-third, but some women get stomach upsets, nausea and/or headaches with them.
The combined oral contraceptive (the pill) also helps around one-third of women. Side effects include breast tenderness, nausea, and headaches, and your doctor should ensure that you do not have contraindications to these medications.
Tranexamic acid may help to reduce the amount of menstrual blood loss by half. It is not hormonal and works on the clotting factors that then help to reduce the flow. The treatment consists of taking the tablets for the days of bleeding but they can also cause side effects such as nausea and stomach/bowel disturbances.
The Progestagen intrauterine device has a small reservoir of hormone on it that slowly releases into the lining of the womb, thereby making it thinner and stopping it developing every month. Around 85-90% of women report satisfaction and significant improvement with the heaviness and pain. Around one in 10 have it removed because of side effects or failure. In other women, the side effects are minor and they prefer to keep the device in (it lasts for five years). One of its advantages is that once removed, natural fertility is returned. It is fitted either in the doctor's clinic with no specific anaesthetic, or while undertaking a diagnostic procedure. The side effects include irregular bleeding for the first few months and it is usually advisable to wait at least three to four months before fully assessing the device's effect. Some women do get hormonal side effects such as headaches and mild weight gain due to some absorption of the progesterone on the device into the bloodstream. The device is also a very good contraceptive and overall has been an advance in treating heavy periods, though some women do not like the fact that it involves a hormone.
Iron treatments such as tablets, syrup or injections can often be needed to replace the iron lost because of the loss of blood cells in the periods.


Surgical treatments for heavy periods
Endometrial Ablation: This is a technique to destroy the lining of the womb (endometrium). Traditionally it is done with a hysteroscope (a narrow telescope). A rolling ball with an electric current through it is used to cauterise the lining, with around 85% of women achieving a significant improvement. The main advantage is that they can usually be undertaken under local (or general) anaesthetic and involve a relatively quick recovery compared to other surgical procedures. A watery, bloodstained discharge for a few weeks can be expected as the uterus heals, but usually, significant complications are uncommon. Endometrial ablation is usually a day-stay procedure and does not provide contraception. The lining of the womb has remarkable powers of regeneration and therefore, some procedures do fail and some patients will require subsequent further surgery such as hysterectomy.
Myomectomy: This is an operation to remove fibroids but to preserve the uterus. It is often difficult to provide accurate figures regarding chances of success for the procedure for the treatment of heavy periods. This is because unless the patient has obvious large fibroids that impinge into the actual lining cavity of the uterus, the existence of fibroids may just be an incidental finding, as they are very common anyway. Nevertheless, the operation has a place for women who wish to retain their fertility a nd/or uterus. Often, fibroids that bulge into the lining of the uterus can be removed by keyhole surgery without any skin incisions.
Hysterectomy: This involves removal of the uterus and can be total (also removing the cervix), or subtotal, where the woman preserves her cervix. The advantages of the latter are a slightly reduced risk of subsequent prolapse of the vagina, as a total procedure involves cutting some strong pelvic ligaments. There are also a number of routes that can be utilised to perform hysterectomies. These include removing the uterus vaginally, abdominally or laparoscopically (through keyhole surgery). Despite the advent of keyhole surgery, traditional surgery still has a place. A hysterectomy is a major operation and does involve a few nights' stay in hospital, with around four to six weeks for recovery. Because healing well is vital, careful convalescence is advised. There are important risks that need to be discussed with prospective patients, including the risks of injury to structures such as the bladder, ureters (tubes that carry urine from the kidneys to the bladder) and bowel as well as a small risk of blood clots in the legs that can go to the lungs and be serious. Despite these concerns, the operation does provide a 100% treatment in terms of ending periods and is still favoured by many patients.
Modern approaches to treating heavy periods involves a bewildering array of options which all require careful consideration and discussion. With families now being busy and the importance that our society places on lifestyle and activity, women often prefer less interventional treatments and therefore deserve informed choice with both the investigation and treatment of heavy periods.

Anil Sharma is a specialist doctor in gynaecology surgery and maternity services. He is very involved in lectures and updates for family doctors, and has an interest in the involvement of media in patient education. He believes that anxiety and fear can be conquered by knowledge. Anil immigrated to New Zealand from the UK in 2001 with his wife, Rachel, and he tries hard to be a hands-on and fun father (putting golf and cars on hold  for the time being) to their three daughters, who were all born here. www.dranilsharma.co.nz