Home > PARENTING > Marriage and Relationships > Impact of a baby

Couples share how adding a baby can affect your relationship 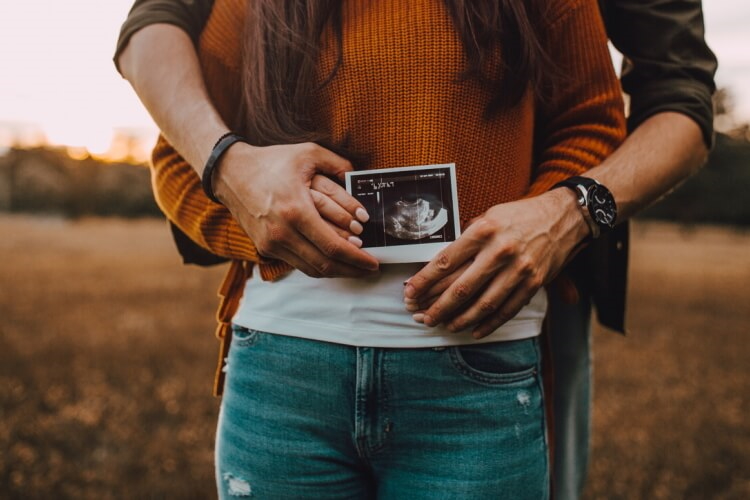 We asked four Kiwi couples to tell us their stories about how babies affected their relationships and how they worked through arising conflicts.

Megan and Cliff Hawkins, Auckland.
“By the time we had Nathan, we had been together for 12 years so we knew each other pretty well. I don’t think we thought becoming parents would change us much at all, because we had talked about having kids for so long and have so many kids around us already.

That is still our goal but the day-to-day reality (in the early days) is not as simple as that. You can’t under-estimate how much lack of sleep and feeling under-appreciated can affect how you relate to each other.

“We now have a daily goal — be as nice to each other as possible, including saying please and thank you (even for the little things) and complimenting each other on jobs well done!”

The first hurdle
“After an idyllic first week of family life though, Cliff had to become Mr Mum to both Nathan and me as I ended up in hospital with a kidney infection that spread to my bloodstream. I was in hospital for three days and couldn’t do a thing for Nathan. Cliff or my mum had to hold him to my breasts so I could feed him. At one point Cliff walked Nathan around the hospital carpark for three hours to settle him and so I could sleep.”

Other challenges
“It’s so easy to get caught up in thinking how much easier your partner has it, thinking that he gets to sit down to a nice café lunch every day while I have boring old toasties to eat in stolen moments. But he also has to sit in traffic for hours every day, missing out on all the smiles and giggles and fun that we have at home. We try to not get into competition over who has had the harder day. We try and listen and give each other a break in whatever way we can.

“The role of other people in our lives (and Nathan’s life) has been a challenge for us — balancing time with them and time with just the three of us, and also dealing with other people’s expectations of how we parent. We are still learning how to work our way through this one!

“We have learned that there are so many unknowns in the whole pregnancy, birth and parenting journey, you just have to roll with whatever situation you are in, communicate and stick together!”

Peter and Alice, Auckland
“Nothing can prepare you for the extreme sleep deprivation. I thought I knew what tiredness was before — I’d nodded and empathised with all my parent-friends — but boy, was I wrong! The sheer exhaustion of those relentless, sleepless nights puts your coping and tolerance levels to the test. A screaming baby is a stressful creature. A screaming baby at three o’clock in the morning, after three weeks of no sleep, amplifies the stress 10-fold. Trying to figure out ‘what the plan is’ in these high pressure times isn’t the most clever of strategies.

“Running on cold caffeine and adrenalin turned me into a crazy mess some days.

“We agreed, in the light of day of course, that we had to be a team for this baby-wrangling business to work. Secondly, we learned to recognise tiredness for what it was — just being tired, — not dying. And that’s not to undermine the huge impact lack of sleep has on a person but 3am is not the time to debate who’d copped it worse! Finally, we keep telling ourselves this is just a season (albeit a long one) and as soon as it passes, we will wish bubs wasn’t growing up so fast.

“We actually thought we’d have heaps more fights. Everybody tells you how stressful a new baby is, and they’re not kidding. However we realised stress doesn’t have to cause conflict. Being good mates and good talkers, we managed to work through those crazy days okay. There were definitely tears but empathy for what the other was going through was essential to maintaining our mutual sanity.

“If anything, seeing each other as parents has far exceeded our expectations, starting with the labour itself. It was mind-blowing to see each other in our absolute most vulnerable states and being our strongest on that day. It gave us such massive respect for each other.”

Changing roles
“We assumed we’d have this egalitarian, share-the-load approach with the exception of three things — breastfeeding (obviously), evening baths (we decided this would be a great daddy-baby bonding time) and getting up in the night on week days. We felt it was important for Dad to get as much sleep as possible so he could function coherently at work. He is, after all, the sole breadwinner for the next …er… TBC! ). Most of the time this works, but there were a few more rough days than anticipated in those early weeks and he would get up overnight to help me out (and ward off tears). How he wrote board papers and did presentations the next day is beyond me, but overall he got more sleep. He also became Chief Burper. And he cooked a bit, he reminds me.”

Charlotte and Andrew, Timaru
“We’re not sure we really thought in advance much about how our relationship might change. We thought we would probably see a new side of one another, and saw it as a bit of an adventure to go through together. This turned out to be true but sometimes that new side was a grumpy side!”

Charlotte says, “I discovered new things about my husband, such as his confidence in me as a mum, and his ease and tenderness with small people.”

Early trouble
Andrew says, “Charlotte got really sick soon after our son was born, and this led to a surprising conflict. She naturally reached out to her mum who, wonderfully, was able to help. Not so wonderful was that I felt pushed aside when my mother-in-law swept in to the rescue. With a new baby back in hospital, Dad’s protective instincts were very high and it wasn’t an easy time. It was something we had to talk through afterwards to figure out how it happened and reaffirm to each other that our new little family came first now, and the wider family needed to come second for the sake of our relationship (even when we need help!).”

On changing roles
Charlotte says, “Being the more extroverted one, starting the day off on my own for the first two hours, knowing that there was a long day ahead on my own, started to wear me down. I had to share with Andrew how this was affecting me and ask him to start getting up in the morning with us. When he did it made a huge difference to my emotional well-being. I just loved the camaraderie of dragging ourselves out of bed together to start the day. It was a sacrifice from the not-so-morning person in the relationship!”

Lisa and Andrew Preston, Wellington
“We were lucky enough to survive those first tough newborn months with hardly a scrap, which was testament to our strong relationship. Raising a baby is no walk in the park so if your relationship isn’t up to it, the cracks will begin to show.

“Dads, if you get home and you can’t smell dinner and you can’t see dinner, then that means there isn’t any. You will survive on toasted sandwiches for a night. We made sure we always talked to each other and helped each other out at the end of long days. It’s great to have two minds working together to solve a baby-related problem at 2am! Mum doesn’t always know best — Daddy is equally as vital (and smart) in the parenting game!

“Daddy’s never been afraid to change a nappy and when he does he takes twice as long as me because he turns it into a hilarious game with our son.”

Preparing your relationship for parenthood