The brain science of lasting romance 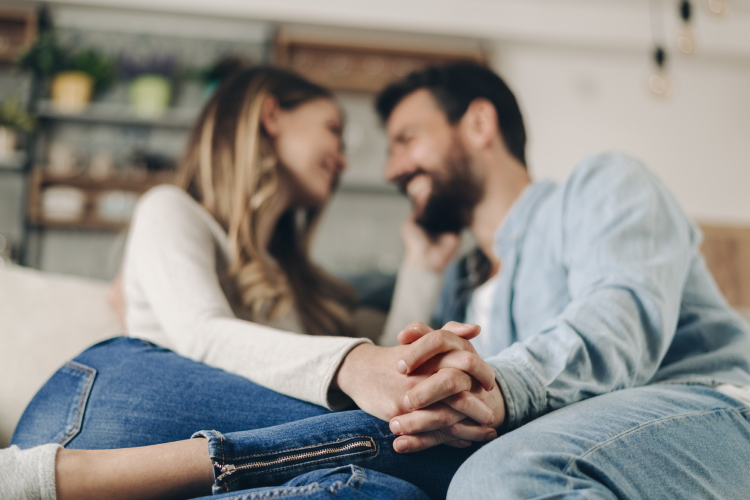 I was speaking to a newly married friend. “Have you hit the horrible stage yet?” He looked shocked, then smiled and said, “Yes, I can tell you exactly when we hit the horrible stage.” Many relationship experts have commented on this strange phenomenon: sometime within the first two years of a committed relationship, the infatuation tank runs dry. “About a half of all honeymoons are awful”, says relationship expert, Dr Francine Beauvoir. “They enjoy the sex but there is a growing sense of being trapped, of having made a terrible mistake and of having chosen the wrong person.”

I welcomed my friend into the large club called ‘Nearly Everyone’, and reassured him it is a phase that most couples push through and get to a better stage, something even better than the fizzing hormonal rush of new love. Not all couples survive the crisis, though: if they have not established a credit balance of affection and commitment by the time infatuation evaporates then they might not have the momentum to make it to the next stage.

And what is the next stage? I know what the next stage can be: a boring coexistence where you live more like flatmates than passionate lovers. The good news is couples can have deep and romantic love for decades, and some brain research has shown what the secret might be.

Researchers[1] did MRI scans on subjects while they viewed photos: images of close friends, strangers and also pictures of their spouse or partner. Some of the subjects were newly in love, and some had been in relationships for more than twenty years. When the newly-in-love saw a picture of their ‘beloved’, the ventral tegmental area (VTA) of their brains lit up with activity. If they saw an image of a close friend, very different areas of the brain were active – the ‘wanting’ of passionate romance and the ‘liking’ of friendship are very different brain actions. Romance is a dopamine-led drive – an urge to act – whereas friendship is more of a simple feeling linked to areas of the brain high in opiates.

The really interesting results (and very encouraging news) came when they studied people who were still passionately in love with each other after decades. Good news: their VTAs were pumping with passion like love-struck teenagers. They were not faking it: they craved each other. But there was activity in other parts of their brains, too, far more than in the brains of the newly-in-love. One area was the dorsal Raphe, associated with feelings of safety and security that only happen in strongly-bonded relationships that last several years or more. There was also more activity in the opioid and serotonin-rich brain regions, associated with regulating pain and anxiety, and indicating calmness. The ‘liking’, ‘bonding’ and ‘relaxed safety’ parts of the brain were functioning, and so were the ‘wanting’ parts.

It is good news to know that long term romance is real, but what keeps it from fading away? What keeps the VTA ‘on-line’?  Using what neurologists know about the brain systems involved, the answer seems to be ‘rewards’. Passion is goal-directed to attain rewards. According to Adoree Durayappah-Harrison writing in Psychology Today, “Rewards can include the reduction of anxiety and stress, feelings of security, a state of calmness, and a union with another.”

The findings of brain science can be stirred into what relationship experts have been suggesting for years: to have long lasting romance, actively try to reduce your partner’s anxiety by being safe, relaxed, kind, non-violent and trustworthy. Another component is showing motivation to make your partner happy and – surprise surprise – by having sex with each other.

Published with permission from theparentingplace.com