When the past slaps the present in the face 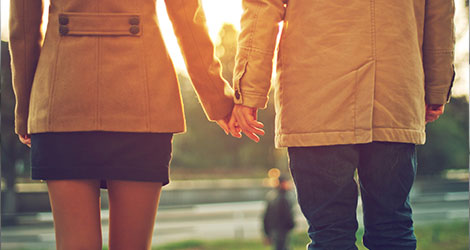 When the Past Slaps the Present in the Face

Mark and I had a big fight this Christmas during a Santa photo experience...

That’s right. We were the couple in front of you in the Santa Line not talking to one another while we paid for the $20 5×7.

Here’s how it went down:
I wanted to document Otis’s entire “Going to See Santa” Day. I was videotaping him throughout the morning asking him about who we were going to see and whether he was excited. I took video of him in the car throwing an out of nowhere tantrum, and at the play area where we waited for Santa to come back from lunch. My plan is to get all the little clips together for a mini-movie. #overachiever

I knew that once it was Otis’s turn on The Lap it would be all mommy hands on deck, so I asked Mark to take video of Otis on Santa’s lap while I made the transfer. He gladly obliged, but reminded me that there was a note on the pricing sheet asking parents to refrain from taking pictures with their cell phones.

It turned out this particular Santa picture place had a large red rug. You could take pictures anywhere you wanted to as long as you weren’t on the red rug. Simple. AND I could still get the video that I wanted. Perfect.

Well, while getting Otis’s picture (and can I just gush for a second about his picture? He was perfect) the Elf Photographer asked Mark to crouch in front of her camera, on the red carpet, so that Otis would look at the camera.

Mark lives to please so he crouched in front of her camera and continued recording Otis on Santa’s lap with his cell phone.

Mark: I promise I’m not taking pictures. Here. You can hold it. Offers his camera phone to an annoyed Elf.

I don’t think I can properly describe how many deaths I wanted to die right there in the middle of the mall.

The Elf Photographer, uninterested in getting into a fight with a crazy dad one week before Christmas, just rolled her eyes, took a really great picture of Otis and Santa and shuffled us off of her red carpet.

I was ready to move on from the whole thing and try and forget about all of the rules Mark had broken when he says, “Yeah, I had my argument planned while we waited in line if anyone tried to make me stop recording.”

Sometimes we need to look at the past in order to understand the present.

My past makes me uber-sensitive to bullying or using “power” to make someone do what you want. I’m not interested in embarrassing my family or airing dirty laundry, but it was common to see someone use their intellect to put other people in their place. To this day, when I see it happen it can cause Hulk-like rage to come out.

Mark’s intentions were pure. His wife asked him to record his kid on Santa’s lap. Mark used the tools in his toolbox, and one of them included being prepared to argue with a elf in the middle of Stones River Mall and a well-placed bet that she wouldn’t do anything to stand up for herself or her company’s policies. In his mind he had done me a favor!

But my past wasn’t letting me see it that way.

I had been embarrassed by this type of behavior as a child. I had felt helpless when I saw people I loved treated “less than” because of trivial things, like education or whether or not they understood chemistry. And while I knew nothing about the Elf Photographer, I immediately aligned my loyalty with hers and made Mark Enemy Numero Uno.

We drove home in almost silence. Me mad that Mark was a manipulative jerk, and Mark confused about how he was in trouble for doing what I had asked.

Thankfully, I’ve gotten tons better about holding my tongue and processing my feelings before sharing them. Something us Extroverts should always be working on. And by the time we got home I was able to tell him what I was really mad about AND thank him for keeping my mini-movie dream alive.

Our past is underneath nearly every interaction we have with our spouse, especially the negative ones. The past colors our insecurities, worries, and fears. Our past tells us who to trust and who to be afraid of. Our past isn’t interested in logic or reason or that your dad’s alcoholic rages can’t hurt you now the way they did when you were 6. All your past needs is a trigger, a reminder of that feeling or that wound, and then boom.