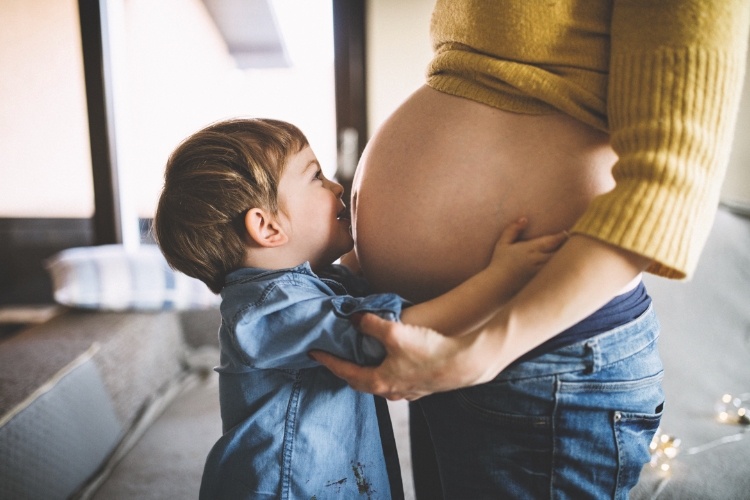 Adding kids to your family is much more than simple mathematics. Colin Gruetzmacher works through the equation.

How do you know when you’re done? You know, with having kids. We’ve had two close together and have been quite happy managing the hectic schedules these little people bring, but friends are now asking “You two gonna have another one?”. When our second child Cora was still young, I’d laugh politely, make some joke about sleep deprivation and inwardly sneer at their smug, non-tired faces.

But as Cora got older, we neared the golden age gap of 2.5 years that all good middle-class parents seem to aim for and suddenly that hypothetical question got a lot more real. The more I thought about it, the weirder this question became, and I realised how unequipped I was to answer it.

I know that most of us face this at some point – the big question, “How many kids will we have?”. But it’s new for me. We’d always wanted a family, I had liked the idea of a little mini-me to follow me around, say inappropriate things on camera and give me an excuse to watch cartoons again. The question didn’t arise with baby number two either – we thought it’d be good for Leo to have a sibling, and we wanted a daughter. But everything changes after that. Now, please bear with me here because I’m going to get philosophical. Also, just for the record, this is a very privileged-male ramble – my wife’s perspective on all this is way different to mine!

So, back to the big question: how many kids will we have? Trying to answer this made me uncomfortably aware of how self-centred I can be. Like, if I’m really honest, I had kids because I wanted them, because I wanted to see my wife become a mum and because I felt it would make me feel fulfilled. To summarise, I created a person with their own rights, personality and future so that I could be happier. Is that normal? Because if it is, at what point does my sense of fulfilment become the deciding factor on another human’s existence? (Told you this was going to get philosophical).

On one hand, I reckon I’d probably like another kid. I’d have been happy with just Leo – his laugh, his questions and his dancing bring so much life to our house. But then we had Cora, who brought a whole new cheeky, no-BS dynamic to the family, and now I can’t imagine life without her. A third kid would do the same, I’m sure. We’d meet them and discover a whole new world of life and love. And so would a fourth kid, and a fifth, and probably a sixth ... but I can sense my wife glaring at me as I edge toward seven. However, at which point would a new child no longer bring a fulfilling dynamic to the family?

I’ve noticed that you get the most out of family zoo passes when you have three kids, and it’s important to feel like we’re getting a good deal somewhere. Also, it seems to make some long-term retirement sense – you know, to widen the pool of future caregivers for when we become grumpy and senile and can’t work our phones.

On the other hand, Mac Attack deals seem to cater for families of four, and I wonder whether I’m really ready to give up simple, affordable meal orders at Maccas. It’s a tough decision. There’s the car issue, too: kids are tiny, but somehow our two carseats take up more space than the front row of the All Blacks. Do I want to commit to life with a people mover or a minivan?  Also, I’m an immigrant with family in America who I’d like my kids to see at least semi-regularly. What do you think grandparents value more: getting to see their grandkids regularly, or having more of them to dote upon whenever they do see them? Which now leads me to wonder, is there a financial amount where a person becomes justifiable? An internet search told me to budget $250 a week per child, so if we can’t afford that, does that mean we don’t have one? Should material comfort or consumer identity be a determining factor in the forging of a human life? Are we selfish to say yes? Are we naïve to say no?

Where does parenting for the sake of the child come into it? Is it about me or about my wife? What about the wellbeing of our current kids? Have I now gone too far down the rabbit hole? Probably. Should I listen more to my wife’s thoughts? Definitely.

Long story short, we’ve now got a third one due later this year. Don’t ask me about after that.