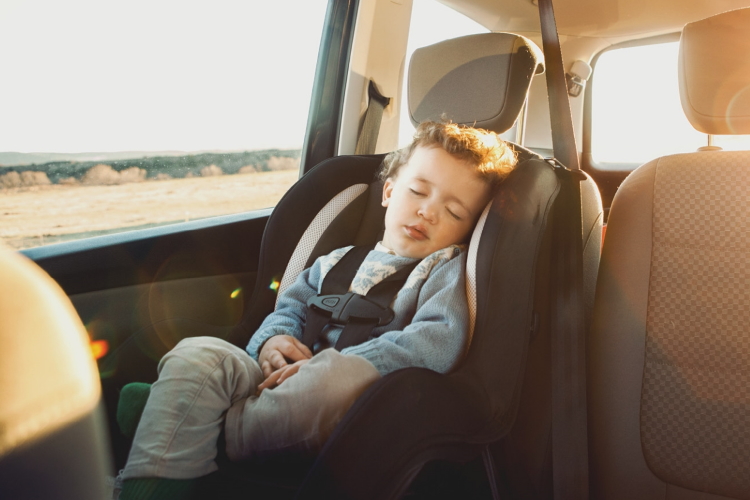 Colin Gruetzmacher checks the rear vision mirror and gets a fresh perspective on hitting the road with his young family in tow.

Do you ever have those moments of clarity when things come into focus and you finally feel like you understand your place in it all? This happened to me the other week on a road trip up to Auckland.

Road trips are meant to be the stuff of legend; times of utter freedom where you leave all your worries behind as the road opens up before you. Where you load up on sugar and beef jerky, turn up a collection of Toto’s greatest hits and drive towards the next adventure. Life doesn’t get much better than everyone working to hit the high harmony to bless the rains down in Africa.

Road trips with families, however, take on a whole new dynamic. The car, normally a symbol of freedom, begins to look a lot more like a small prison when you have to strap two toddlers into it for long periods of time. I had never fully appreciated the volume capacity in my children’s lungs until I heard their voices echoing in the confined space of our little Honda.

As my wife and I discussed how to plan for the trip, I felt bad that all of my ideas were based around avoiding the negatives. I wanted to steer clear of the fights, the screaming, the incessant talking etc. I was thinking iPads, Wiggles, and sugary snacks for bribes. I was thinking about myself, when I should have been thinking about making it fun for my kids, right?

I thought back to my childhood. We’re American, but my dad got a job in Mexico City so we all lived there. Every Christmas and summer holiday, my folks, my brother and I would make the 18-hour drive up to Texas to spend time with our extended family. We did a lot of these trips over the years.

My parents found a way to make these trips so much fun. To start with, we’d always leave at four in the morning, so we’d miss all the city traffic. That may sound rough, but it was actually amazing. It was the days before health and safety regulations so we’d put all the seats down in our nine-seater Chevy Suburban and create this huge flat space layered in cushions and blankets where we could sleep. I’d usually wake up around ten, at which point a third of the trip was already done! They then hooked up one of those old TV/VCR combos to the cigarette lighter with a collection of the best films the ‘80s and ‘90s had to offer. We watched The Princess Bride so many times it’s inconceivable. To top it off, my parents would always pack a chilly bin filled with enough snacks to lead us down the track to obesity. It was amazing.

It was as I was telling my wife about how awesome my parents were, and how they set up all these cool things for us, that it dawned on me. They weren’t just being nice to us, they were being nice to themselves!

I always remember feeling bad for my dad, having to get up early and drive when I was all snuggled up with a pillow, but now I understand why he did it. Those early mornings meant he had six quiet hours without me asking him how much further we had to go. The movies gave them something to listen to, while we were given something to do other than fight with each other. And by having the chilly bin in the back with us, it meant that my mum wasn’t having to pull something out of her bag every time we got bored and asked for food – we just did it ourselves.

As I loaded up my kids to head to the big smoke, I didn’t feel so guilty about the iPad I placed in their bag. I was pumped as we queued up the playlist of their favourite songs, ready for when they needed their next distraction. And I revelled in the extra food we had on offer – most of which ended up on their faces or the floor. I’m happy, they’re happy, and we’re all building good memories for the next trip.