Are smart phones the new blankies? 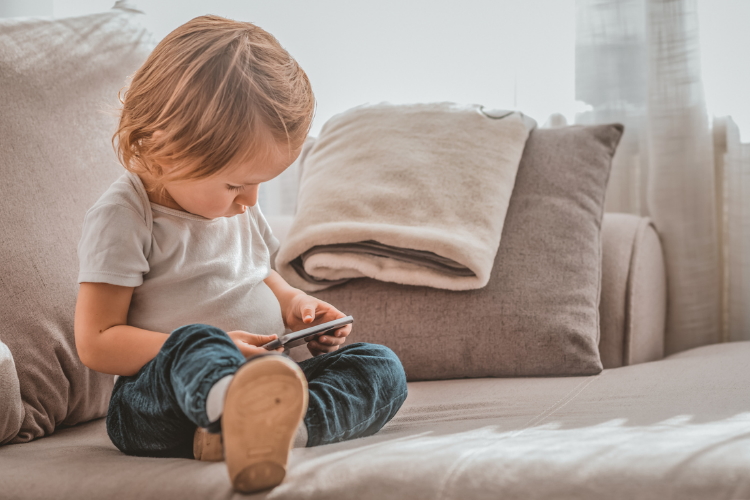 Miriam McCaleb wonders if our devices have become quick-fix comforters.

For a while, I’ve been running around saying “Smart phones are the new smoking”. But it has just occurred to me - today! - that Smart Phones fulfill different functions for folks of different developmental stages.

So yes, I stand by that statement as far as adults are concerned. Smart Phones are the new Smoking. Think about it - smoking is frowned upon now, but not that long ago it was much more commonplace. It was the thing one did when trying to look busy, cool, unaffected. It kept people’s hands busy. Can you see what I’m saying? How those are exactly the descriptors that match our cell phone use today?

Step outside and automatically grab the ciggie packet. Interrupt a conversation by fluffing around with lighter and tobacco. Substitute the fags for the phone and ... voila! A whole new addiction! For real ... our brains’ pleasure centres zing with each text message or Facebook alert. Our brains are wired to crave newness, and novelty gives us a little hit of pleasure in the way that nicotine would have once done.

Meanwhile, recent observation of the adolescent phone user has me drawing a different analogy. For our rangatahi, I’m proposing that “Smart Phones are the new Blankie.” Or maybe “Phones are the new Teddy Bear”.

Think of the way young children cling to their security objects, leaning on them for support in situations where they might otherwise feel anxious. Now use that lens to observe a wee  cluster of youth. They are sort of interacting with one another, but sort of busying themselves in their own internal story, a la teddy enthusiasts. Their hands busy themselves with one as they once did the other.

In child development, children’s special toys or blankies are called “transitional objects”, because they give children something to (metaphorically) lean on as they transition from the warm laps of their parents into the wider world. Aren’t those phones kinda serving the same function? They support the young folk in the gradual transition from parental control to self-determination.

But the new thing I realised just today is with regards to our tiniest children. Preschoolers. Toddlers. Shucks, sometimes even babies. For these precious little kids, smart phones are the new lollipops.

Ideally, they are a distraction of last resort. Like: Mum’s at the doctor’s and I had no choice but to bring you, and I really really need you to sit quietly so I can get this flippin’ smear test out of the way.

As in: we are on an aeroplane. We are practically never on aeroplanes and it’s new and noisy and uncomfortable and I’m going to do what it takes to make the next little while OK. So have this lollipop! Swipe your way through some pictures of yourself!

But beware, sisters & brothers. Screen addiction robs children of opportunities to experience the world by touching, smelling and tasting it, which is what they need to do in order to learn best. Meanwhile, a mouth that's busy with chomping a lollipop is, by default, a mouth that isn't eating kale, chicken breasts, or lentils. Oh, and lollipops will rot your babies’ teeth. In fact, now that I think of it, maybe Sugar is the new smoking ...