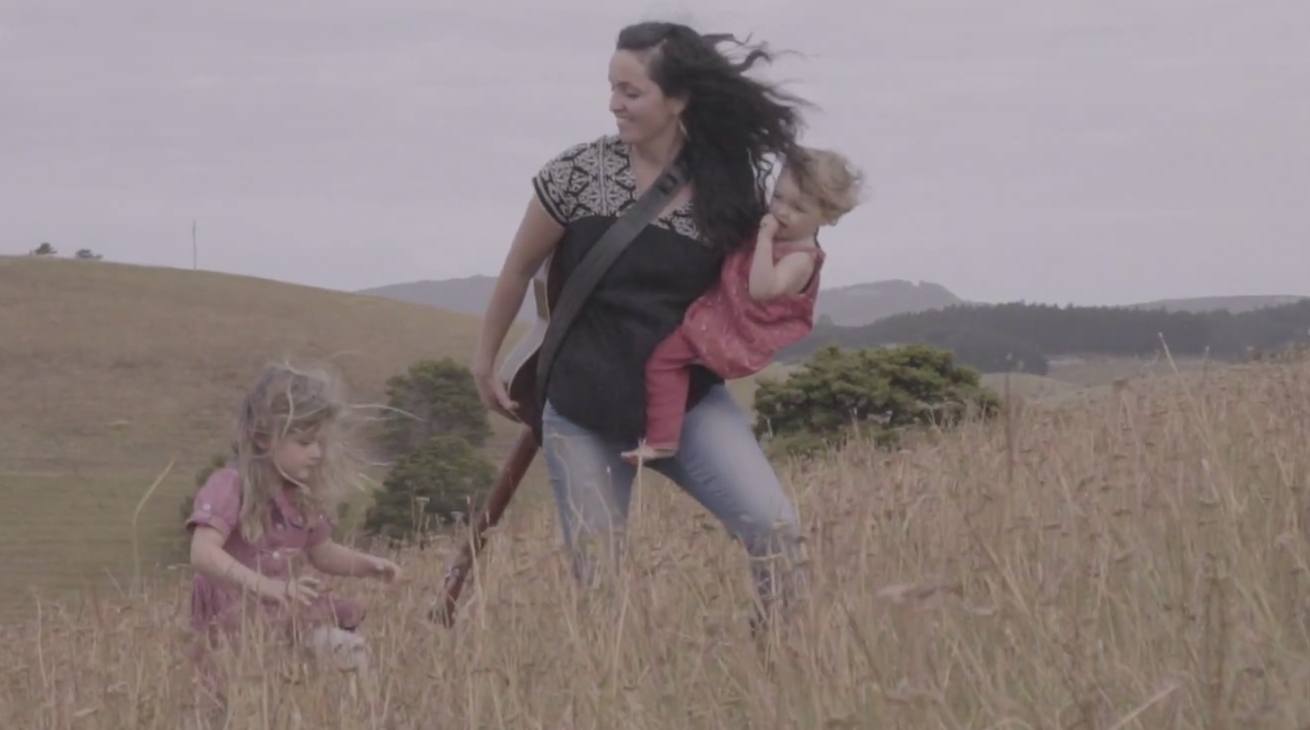 OHbaby! caught up with multi-talented musician and mum Erin Cole-Baker, who recently returned to the recording studio to work on her fourth album. On the eve of the release of her brand new music video - starring her gorgeous girls, June and Flo - Erin shares honest responses to the question - how does one balance motherhood with creativity, meeting the needs of children while simultaneously finding space for oneself?

OHbaby!: Making music while having babies... You’ve taken a six-year hiatus from music. Was that intentional or an unexpected, but natural, consequence of the motherhood season?

Erin: I felt really ready to have a family, and my brain was set on that task. The consequence of my mind being that way inclined was that we moved from our music-filled life in Oregon, USA, back home to small-town New Zealand where music was no longer ingrained in everyday life for us. I have made some amazing friends here through, being parents first then making music together in our homes, writing songs and recording for fun. The music community has started growing around me now here, with more friends who love to play and record music, which is massive for me. I've done a few trips back to Oregon to play music with kids in tow. But yes, a hiatus was a natural consequence of having my babies!
What made you decide the time was right to pick up the guitar again and work more intentionally on your music?
The whole parenting process has been wild. Wildly good and wildly tough - in some ways I feel I'm still orienting myself to life as a parent. I am still working out how to be me amongst all the other hats I wear. My daughters are now five and two, and I am able to snatch more moments to get my creative fix with my music, which is incredible. I think it makes me a better parent to take the time to feed my creative soul.
How had your music changed since becoming a mum?
Since becoming a mum, I've become more badass! My husband has always nudged me towards electric guitar, and I've balked at the idea.  Earlier this year my husband nudged again and I took the bait and have fallen madly in love with my electric guitar! I am finishing working on my first album since having my girls, which has been a crazy awesome process working with amazing friends and musicians and creating something that I am going to be so proud to share. The new album will be released early next year (2018) and has a song on there for each of my kids. My song in the video, This Guitar, is played on an acoustic guitar and is really simple, but adding electric guitar to my skill set has been real fun!
You produced a music video featuring your children - how did that go? Did they take direction!?
HAHAHA! It was just a passing idea with the cinematographer, to maybe have the girls in one of the shots, so we had them come to the location with my mum and yes, of course, it almost fell to bits when they didn't want to co operate and I almost lost the plot .... the shot was saved by the great skills of the production team!
How do you share music with your children?
We sing songs together often. We have music in the car, and accessible for them to put on at home. I play with some dear friends who write children's music and we practise and play often in each other's homes, at kindy and school, and the kids are involved if they want to be. How important is it to you to continue with your ‘craft’ while being a mum?
It's vital that I find time to do what feeds my soul alongside being a mum. There is often guilt there, for not being around when I'm doing my thing, but I try my best to shake it and be in the moment with what I'm doing.
How does it feel to release something you have created for the world to hear and enjoy?
It feels amazing to create music in the moment and share that with people. The online world is something different and releasing recordings and videos is really frightening! I have to work up the courage to believe in myself constantly, as I really want people to like what I do, but I know not everyone will, and that's okay too. I just have to be true to my art and love what I create, and hopefully that will show to whoever watches/listens to my music!
What is your advice to other mothers wanting to pursue their creative outlets?
It's so good and okay to take time for yourself to follow your heart and create, create, create! It's easier said than done, of course ... But do it, do it, do it!  There will be a stage in your kids' growth when you can take a hold of a bit more time for yourself, and make those moments happen.

NEW SONG RELEASE // “This Guitar” by Erin Cole-Baker, written and performed on her guitar made by Breedlove Guitars. Video created by Nina Wells.
Subscribe to Erin's Youtube channel to hear upcoming releases first! Erin lives with her husband Bruce and their two daughters, June and Flo, in
rural Northland. Her new album will be released in early 2018. Find out more about Erin and discover her music at: www.facebook.com/erincolebakermusic and www.instagram.com/erincolebaker.