Get sorted with the best power plan for your family 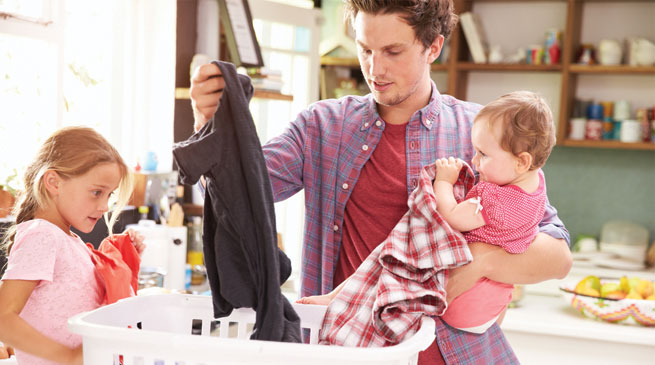 Your electricity plan may be the last thing on your list as you prepare for a baby. Rebecca Reed explains why it is worth checking that your plan suits your family.

There are thousands of things to think about when you’re starting a family. It can get a bit overwhelming really - antenatal classes, breastfeeding classes, preparing baby’s room, bulk buying nappies, planning meals, sorting out maternity leave… the list goes on (and on!).  But there’s one essential component of our everyday lives that should be added to this list, and it’s one that is often overlooked in the haze - your electricity plan.

It’s not really something that immediately springs to mind when you’re preparing for a new baby (what with so much else going on), but it’s a great time to check whether your current electricity plan will be the best one for your family after the new addition arrives. Because the way you use your power, and how often, changes dramatically when you have a family (unless you’re planning to raise your kids off the grid!). It’s not until a huge bill lands in your inbox that alarm bells go off - and even then, you might not put it down to being on the wrong electricity plan.

Case in point: I work at Flick and we recently noticed a customer’s electricity bills suddenly skyrocket. We got in touch and discovered that he and his wife had just had their first baby. Naturally, when the baby came along, their usage increased significantly - they were using more heating, washing more clothes, and using more appliances during the day. The Low User plan that worked for them before the baby arrived - when they were both working full time and out of the house during the day - no longer suited their needs. So we helped them switch over to a Standard User plan, subsequently dropping their total per kWh cost by around 19.5%. They’re now paying around $30 per week less for the same amount of electricity compared to what they would have been paying on their old plan. Accessing the wholesale cost of power by being a customer, along with switching electricity plans, has saved the family $782.44 since they joined us four months ago. That’s a significant saving for a family that is managing the drop in income and additional costs that come with having a baby!

Most of us choose our user plan when we sign up with our electricity supplier and then forget about it. But changes to your living situation can have a high impact on your power bill - whether you’re adding to the family, buying new appliances, changing your working hours or your living arrangements. We think it’s important for all electricity users to be aware that when your circumstances change, it pays to check whether your plan needs changing too. Ensuring you’re on the right plan for your situation is an easy way to reduce your power bill, and with most power companies, you can switch plans once every year at no cost.

HOW TO FIGURE OUT IF YOU’RE ON THE RIGHT PLAN

Comparing the plans - what’s the difference?

How can you tell what plan you’re on?

Check your bill. If your daily charge is about 30cents per day then you’re on a Low User plan. If it’s higher, you’re on a Standard User plan. If you are unsure, you should get in touch with your electricity retailer who will be able to help. Don’t be passive. Electricity Authority research found 59 per cent of people felt switching was easy, but the proportion of people who thought it worthwhile to review their current electricity plan was just 37 per cent. Trust us, it’s more than worthwhile to check.

And how do you know if you’re on the right plan?

Rebecca Reed is a former journo who traded in a life of chasing down news and working to high-pressure deadlines; for chasing down her two children young children and working part-time for electricity disrupter Flick Electric Co.