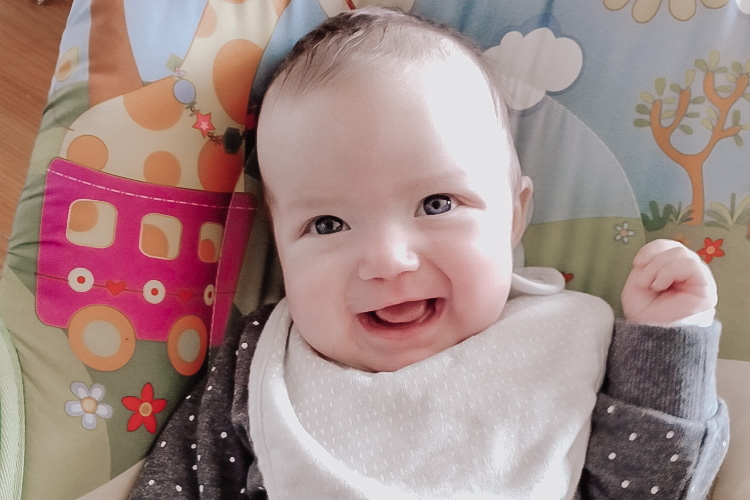 My story for my level 4 birth to me felt like a nightmare. I first went for a scan and found out my waters were low. I had been leaking for a week but no one believed me.

I got a call from my midwife saying I had to go in to hospital to be induced at 38 weeks. Once I got in the hospital at 2.30pm I was put in a birthing room and left for an hour before they came and gave me the gel and Pitocin. Then they left me alone again and came back at 10pm for another gel.

I had asked them heaps of times ‘Can my husband be here? He is in my bubble at home so why can’t he be here?’ I had no one to talk to, I was all alone. You can only stay on the phone so long to try and help, but nothing beats having someone there with you.

My husband was not allowed in until they broke my waters, so I ended up spending the night in my room with only 3 hours sleep, and having the gas in hand constantly. At 10am the next day they told me they were going to break my waters at 12pm and then my husband could come up. I ended up getting an epidural earlier than normal because I had a separated pelvis. Things really moved fast! I hadn’t eaten because they don’t give you food in the birthing unit. I was so hungry! Contractions started to really kick in!

Then come 6pm, the doctor comes in and approves the nurses to give me more than the normal dose of Pitocin. Once that really kicked in I was telling the midwife I needed to push, baby’s coming! But she didn’t listen. She told me I wasn’t dilated enough, without checking me. In fact I had gone from 4cm to 10cm in 10 minutes!

We lost the baby’s heartbeat on the monitor at one point so the midwife went to do an internal monitor on baby’s head. As she went to do that she saw that baby’s head was right there! After three pushes baby was out. She fed straight away for 45 minutes. Then she got the all care, and so did I.

They sent us home at 10.30pm (two hours after the birth). Little did they know I was sick in the car as I was still coming down off the epidural.

This was my third baby and I felt so alone I cried non-stop. I thought how can they let women be by themselves until the last minute. I don’t wish birthing at level four upon anyone.