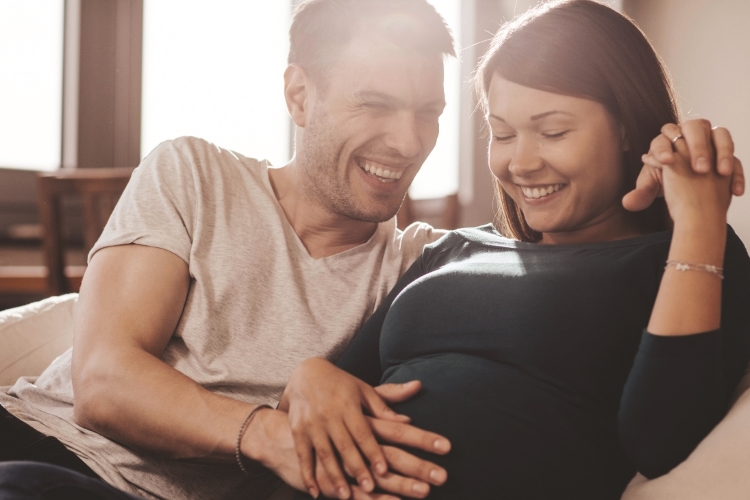 Embryo donation can provide a ray of hope for couples struggling to become parents. Dr Andrew Murray fills us in on the facts and ethical issues surrounding the process.

Following IVF treatment, some couples are occasionally left with additional frozen embryos. Since the Human Assisted Reproductive Technology Act was passed in 2004, any embryos created must be used or discarded within 10 years of their creation. This means couples who have completed their IVF treatment and know their family is complete face the difficult decision of whether to discard these embryos or donate them. Most who consider embryo donation do so out of a genuine sense of altruism, but also because they may feel to discard what could lead to a viable pregnancy is wrong.

Giving and receiving
Not all frozen embryos can be donated, eg. if there is a lower probability of a donation resulting in a live birth, such as from women who are over 40, donation would likely not proceed as the effort to have the donation approved is disproportionate to the likelihood of a baby. If embryos have been created from donated eggs or sperm, these cannot be on donated. Further, embryos that are known to either have or be at risk of passing on genetic problems would also usually not be permitted for donation.

There are three core ingredients for a baby: eggs, sperm and a uterus. Couples wanting to pursue embryo donation need to demonstrate that they have a significant problem with both their eggs and sperm, but that the uterus is fine – and that there are no medical risks for the recipient woman or her potential baby during pregnancy. Examples could include women with very low egg reserves, and a partner with no sperm. If only one party has a major issue, then egg or sperm donation may be more appropriate.

The recipient couple obviously have no genetic connection (unless the donors and recipients are related), but because the recipient woman would have the embryo transferred to her uterus, she will still experience pregnancy and childbirth. The recipient couple are the legal parents; no adoption process is needed. In a way, embryo donation is like ‘pre-natal’ adoption.

As with any situation where gamete donation is involved, there needs to be careful consideration of the wellbeing of the child. The recipient couple will need to think about when they would tell their child of their origins, and that they may in fact have biological siblings living in another family.

☙  Children having information about their genetic origins and their siblings.

☙  Ensuring everyone is fully informed about the psychological, social and ethical issues before they go ahead, so there are no regrets or surprises later.

Let’s talk regulation
Embryo donation requires an application to the Ethics Committee for Assisted Reproductive Technology (ECART). ECART has set rules around who can consider embryo donation and who can receive the donated embryo. Because of the ethical issues, embryo donation has some extra requirements beyond what is needed for sperm or egg donation. For instance, the donors and recipients meet each other for joint counselling, and children may need to be included in counselling in a way that is appropriate to their age. Recipients need to have a police check in the same way as before adoption. The donors will be able to see the police check, although the recipients’ names will be removed. Like other types of donation, there is also screening for sexually transmissible diseases, and disclosure about the donors’ health and the health of their children.

If you are thinking about donating embryos, the donor needs to pay for the initial counselling consultation. After that, the costs are covered by the potential recipient.

A new life in your hands
As with so many decisions in the fertility field, embryo donation requires a lot of thought, not only about the here and now, but also what the consequences might mean for the donating couple, their own children, the recipient couple and, most importantly, the potential child. We are fortunate that the clinics charged with being the custodians of this process take this responsibility very seriously. Embryo donation can be an elegant solution for both a medical and ethical dilemma.