From Masterchef to IVF 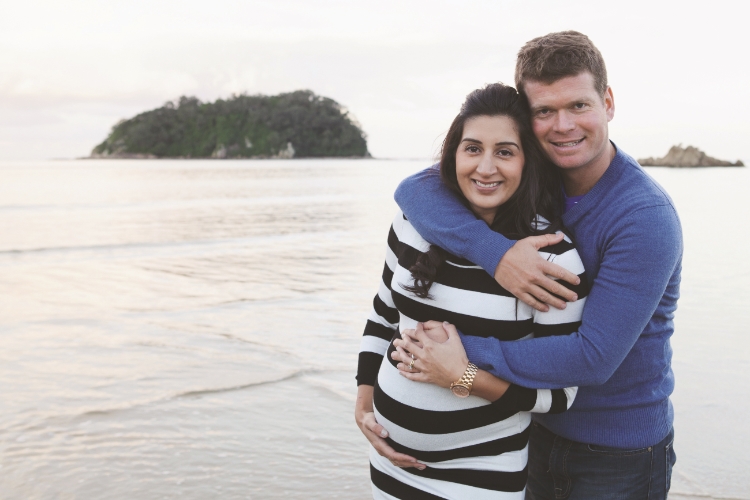 I have always wanted to have children. Hamish and I have been together since we were 16 and I always knew that I wanted to have a family with him. After leaving high school, we had an amazing twelve years together; studying at university then entering the workforce, later relocating overseas combining work and travel, and eventually moving back to New Zealand, where we married and settled down.

EARLY SIGNS
We were in our late twenties —young, fit and healthy. After nearly a year of trying to conceive, I visited my GP. The words “just relax, it will happen” were starting to become monotonous. Towards the end of 2012, we were referred to Fertility Associates in Hamilton and went through all the usual tests. There was nothing medically wrong with either of us and we were given the unhelpful diagnosis of ‘unexplained infertility’.

Publicly funded IVF is based on a points system. Given our young age and unidentified fertility issues, we were awarded only a few points and therefore wouldn’t be eligible for funding until 2016! And that would be simply to start the process, let alone get pregnant. It would be a huge financial investment, so we chose to wait another six months to see what happened before going down the privately funded route.

April 2013 rolled around and I still wasn’t pregnant so we tried a few clomiphene cycles. Four months later there was still no pregnancy. We decided to proceed with IVF.

DISAPPOINTMENT AND HEARTBREAK
For as long as I can remember, I have always wanted to be a mum. I had been working as an accountant and when things weren’t happening for us, I starting looking at other career options to focus my energies on. I have always been passionate about food so took a leap of faith and started a chef’s course at the Bay of Plenty Polytechnic in February 2013, while continuing to work part time as an accountant. During this time, the opportunity came up to enter MasterChef New Zealand with my sister, Verena, so IVF was on hold until filming finished towards the end of 2013. I completed the chef’s course after MasterChef finished, and was really looking forward to starting IVF in January 2014.

Perhaps I was naively optimistic heading into our first IVF round, but I expected that I’d fall pregnant straight away. Things started off well; we had an excellent egg retrieval with 21 eggs, resulting in nine good quality embryos. Unfortunately, due to my progesterone levels and the risk of ovarian over-stimulation, we had to freeze all of these embryos and wait three months before we could have an embryo replacement. Three months passed and, devastatingly, our first embryo replacement was unsuccessful. In the months that followed, we tried three more times, with each embryo replacement failing to implant. The disappointment and hurt was immense.

The whole process put a strain on our relationship at times, but mostly I was grateful I had Hamish by my side. I often had to remind myself that, after each failure, it wasn’t just me hurting. Hamish was equally disappointed but always maintained a more positive outlook. It was the hardest thing that we have been through together. I struggled with the fact it was unexplained infertility. I just wanted the doctors to give me a reason so we could fix the problem. We confided in our families, but among our friends, we found infertility was never openly spoken about. It was great to get medical advice and encouragement from my father who is a retired obstetrician and gynaecologist.

Verena (also a doctor) was another great support; not only for advice coming from a GP’s perspective, but we had become really close in the past 12 months through our shared MasterChef experience. Although based in Australia, she was in New Zealand a lot during these months, as we had several foodie commitments, and she even came to some fertility appointments that Hamish was unable to attend. I remember being in Auckland a couple of times with Verena when the nurse called to relay that, once again, it had been an unsuccessful cycle. Although Verena was a great emotional support, all I could do was focus on the job the next day; the tears and grief would come when I was back home.

Towards the end, Hamish and I had both privately thought about other options to have a family, but we never spoke about them. To us, that would be admitting defeat and we weren’t quite ready to do that. After each failed embryo, what helped get me through was knowing we could try again next month. Surely my body would have to accept one of our healthy embryos, although our embryo stocks were starting to dwindle.

It felt like our lives were on hold. The process consumed us, not just physically with all the appointments and having to cancel commitments to revolve around IVF, but also emotionally. It was a rollercoaster, having our hopes and dreams constantly come crashing down. The process was physically demanding on my body, with hormone injections, drugs, numerous blood tests and the procedures themselves. Hamish would inject me as I couldn’t face doing it myself.

On our fifth embryo replacement, our specialist decided to implant two embryos in conjunction with using the Colorado Protocol (a series of drugs) to try and increase the likelihood of implantation. This is rarely done in someone of my age due to the increased risks associated with a multiple pregnancy.

SUCCESS, FINALLY
We were holidaying in Hawaii in October 2014 when we found out I was pregnant. Hamish had become a little suspicious after I ate a bag of pineapple lumps for breakfast one morning! After three years of medical procedures, disappointment and persistence, we could finally see the light at the end of the tunnel. We were ecstatic, but also a little cautious. We also had to entertain the idea of possibly having twins until week seven, when we would have our first ultrasound of the pregnancy.

The seven week scan revealed a single heartbeat. The next five weeks were the hardest, hoping it would continue to be a viable pregnancy.

I joined every pregnancy group in the area, including fitness classes, aqua aerobics, pilates, yoga and antenatal classes. I wanted to stay fit and healthy during my pregnancy, but this was also a chance to meet other mums-to-be. I felt so connected to Charlie the entire nine months; maybe it was because I had the time to nurture both of us, or maybe it was because I had wished for this for so long. Finding out his sex at 20 weeks further strengthened our connection. I had lots of energy and absolutely loved every minute of my pregnancy.

At times it was a struggle having to be on my feet and work with food. Over the summer, we did weekly food markets in the Bay of Plenty, selling Indian naan wraps at our market stall. The smell of cooking curries put me off eating them my entire pregnancy, but Hamish was a huge support during this time.

WELCOMING CHARLIE
Charlie entered the world in June this year. Words cannot describe how happy we are and how much pleasure he has brought to our lives. I thought MasterChef was the hardest, most rewarding thing I had been through, but it doesn’t compare to motherhood. Every day is a joy, Charlie is my passion and greatest achievement. It’s moments like when he’s feeding and we lock eyes that I realise how much he needs us –and vice versa!

In hindsight, the whole MasterChef experience would not have happened if I had fallen pregnant straight away. MasterChef was the catalyst for me quitting my day job to become a full-time 'foodie'. I share our IVF journey in the hope that it encourages others to know they are not alone, and it pays to stay positive.

For now, my career is on hold while I focus on fulfilling the dream of being a full-time mum. We do want more children, so it will be interesting to see what our future holds. But for now we are content and so grateful to have Charlie in our lives.