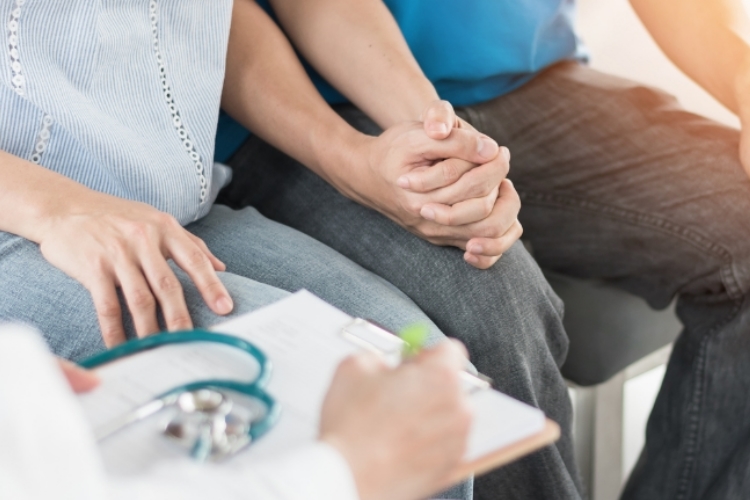 In vitro fertilisation (IVF) has been around for more than three decades now. Thousands of couples have been able to start a family thanks to the technology offered by IVF. In fact, about 2% of all children born in New Zealand last year will have been conceived as a result of IVF and that number will continue to climb. However, while IVF is a safe procedure it's not without risk. The good news is that there's now an alternative - one we're likely to hear a lot more about in coming years.

Around 20% of the female population has polycystic ovaries. These women are most at risk when undergoing IVF of developing a complication called ovarian hyperstimulation syndrome (OHSS). You may know that IVF involves the injection of drugs to stimulate the ovaries to make more eggs than normal. In women who develop OHSS, the ovaries respond to the necessary IVF drugs at a much higher rate than might be expected. Most women will receive in-hospital care for OHSS, but without such care it can lead to serious complications. At the severe end of the spectrum women can develop grossly enlarged ovaries, fluid in their abdominal cavity or chest and run the risk of clots occurring in blood vessels. Great care is taken to identify women with polycystic ovaries who could be at risk of developing OHSS and reduce the risks appropriately. For many years IVF specialists have been looking to find a way to ensure these women can still have IVF without using the stimulating drugs.

In vitro maturation
The good news is that last April a technique new to New Zealand, passed through the regulatory process to allow its use. When using in vitro maturation (IVM), immature eggs are obtained from the ovary and the eggs are then matured in the laboratory before being fertilised. In normal IVF the eggs mature inside the ovaries before being retrieved and fertilised. IVM has been used in other parts of the world for up to 10 years, and more than 1000 babies have now been born as a result of the technique.

In a normal menstrual cycle a number of eggs are beginning to mature in the ovary. Usually only one of these will go on to develop which is why most women ovulate one egg per month. The other eggs that have begun maturing find that their stage of development is not synchronous with the hormonal changes occurring around them and they stop their development and are slowly resorbed. The number of eggs is very much dependent on the age of the woman. A younger woman may have as many as 20-30 eggs, while an older woman won't have as many. These developing eggs within their follicles are the ones that the IVF drugs continue to stimulate so that they also keep growing. Women with polycystic ovaries tend to have many more available to respond.

The key difference between IVF and IVM involves the stage at which the eggs can be retrieved from the ovary. In a normal IVF treatment cycle the daily schedule of injections the woman has help the follicles (the fluid containing cysts in which the eggs are developing) grow to be between 14-20mm in diameter. At this stage the eggs have begun maturing and are readily accessible to aspiration with a needle passed through the top of the vagina under ultrasound guidance.  In the process of in vitro maturation (IVM) eggs are obtained from the follicles when they're only 3-10mm in size. The immature eggs are then submerged in a liquid medium that mimics the fluid of the ovarian follicles and are placed in an incubator where they mature within 24 to 48 hours.

The cost of IVM is likely to be similar or a little less than current IVF charges because, although the drug costs will be lower, the laboratory work is more labour intensive. IVM will be available under the normal public funding criteria if it is the most suitable treatment for the patient.

Concerns about IVM
IVM has been used in animals for many years with great success but getting it right in humans has proved much more difficult. Because maturation in vitro is quite accelerated there have been concerns raised as to the likelihood of problems in the growth and development of foetuses and children conceived in this way. Currently, all the evidence about children's growth and development is reassuring although it has been noted that a small proportion of children conceived in this way are larger at birth than one would normally expect. However, there's no evidence that their subsequent development is in any way compromised.

Nevertheless, follow-up of these children is being carefully monitored to ensure there are no demonstrable abnormal outcomes. Although IVM started with the intention of using no stimulating drugs at all, the almost universal approach now is to use very small quantities of drugs as it significantly improves the number of eggs retrieved, and subsequently the pregnancy rates. Overall the pregnancy rate with IVM is about two-thirds to three-quarters of that expected from conventional IVF. Because of this it is still not the first choice for most women undergoing IVF treatment.

Dr Simon Kelly, at Fertility Associates in Auckland, spent a year in Montreal working for a research group that leads the world in developing IVM, under Dr SL Tan. Dr Kelly's continuing association with the group will offer the very best of developments to be integrated into a New Zealand programme.

The delay in regulatory approval to allow IVM to be introduced to New Zealand has allowed many of the original concerns about possible adverse effects of IVM to be answered in part. The process of regulatory approval requires scientific assessment, public consultation and reassurance about outcomes. It will take some time before enough babies are born to give us absolute confidence.

Freezing eggs for the future
IVM does raise, however, a number of interesting prospects for the future where the current IVF process doesn't suit some women. Women with polycystic ovaries are the most obvious example but, with some new stimulation protocols, the risks of OHSS are significantly reduced anyway.

A second group of women who currently have IVF and embryo freezing or ovarian stimulation and oocyte (egg) freezing are women who have been diagnosed with cancer and are about to start chemotherapy or radiotherapy. Some of these women's reproductive future will be placed at risk because of this treatment and they seek to preserve their future fertility by having IVF or oocyte freezing before treatment begins. Clearly, delay in treatment is not in their interest and a process such as IVM, where the treatment itself does not cause further delay, will be important. If enough eggs can be obtained to at least give them some future chance of conception if their ovary function is compromised by cancer treatment, then it is a goal many women will pursue.

One of the further extensions of the IVF process has been the possibility of egg-freezing in young women so they can maximise their chance of conception if they delay that opportunity until they are much older, and then have problems conceiving.

Given that the younger the eggs are the better the chance of conception it is possible that, if techniques can be made simple and risk-free enough, it may become a more common choice in future.

If IVM can be shown to be safe and the success of egg freezing continually improved, then I can foresee the day when it becomes the norm for some women to set aside some eggs in their mid-20s in case their reproductive futures work out in a way that the opportunity to conceive comes only later in their life when their own eggs are of an age that the chance of conception is limited.

Having a bank of frozen eggs to fertilise with their partner's sperm may well prove a very practical way of reproduction. The use of such technology in what is a very elective process, however, will need a great deal of reassurance about the safety of both the process and the outcome for subsequent children.

IVM is currently another option for women whose fertility is compromised, whether by infertility or by cancer treatment. It is yet to find its place in treatment and is likely to be used by relatively small numbers of women in the near future. Some European researchers however, are already suggesting it will become the dominant option in future.