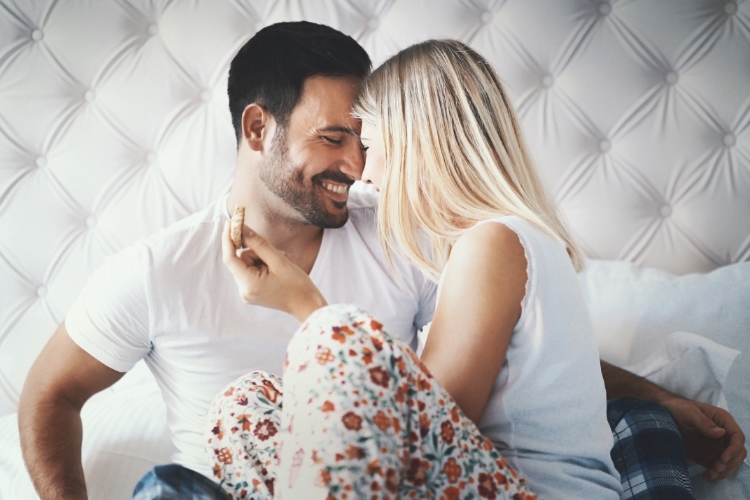 We understand the basics of conception, but how much of the process is guesswork or a gamble? Fertility specialist Dr Richard Fisher offers some tips to enhance your chances of conception.

Normally I write about trying to conceive for those who are having difficulty in doing so, but fortunately, for most people, conception proves to be not too much of a problem. Despite this, everyone is an expert on ways in which you can improve your chances, and will willingly offer advice without being asked or without any evidence that their advice has any validity. For most couples, normal biological chance and time are all that is required.

Unplanned, unexpected, and surprising pregnancies are commonly in the news. Women's magazines are full of stories of Hollywood actresses conceiving in their 40s without mentioning that donor eggs are commonly used among this group. One of the consequences of this is often an unrealistic expectation of success when couples start to try themselves.

So, for 85% of couples conception will occur without difficulty. The remaining 15% will end up taking longer than a year, although these percentages will vary significantly according to the age of the woman. The traditional definition of infertility - not being able to conceive after a year of trying - is a definition really only suitable for the textbook, as opposed to real life. A 25-year-old woman not pregnant after six months is much more likely to have an underlying problem than the 37-year-old who has been trying for a year; for at a time when women would like to conceive the quickest is the time that nature demands it to be the slowest. At 25, the chance is about 25% per month, whereas at 37 it is about 14%. When one takes into account the risk of miscarriage at each age, then the chance of having a baby is 20% and 10% respectively. Unfair, isn't it?

So how long should a couple wait before they consider seeking help, and are there particular things one could do to optimise the chance of pregnancy?

Being as fit and healthy as you can be, avoiding smoking absolutely, and drinking alcohol with care is all sound advice, but it is not the advice most commonly sought. That advice is usually about when, how, and how often.

Ovulation is a singular event in time. Fortunately, sperm usually has the capacity to hang around for a while, and uses the mucus in the cervix, as well as the rest of the female reproductive tract, as a place to hide, so that fertilisation can occur with intercourse up to four or five days prior to ovulation. Although this may give some men a great sense of pride in the longevity of their sperm, most commonly conception occurs when intercourse happens the day before ovulation, followed by the day of ovulation, and then back from two days prior to ovulation. Intercourse after ovulation very rarely results in success.

For most women, the detection of ovulation, sufficient in its accuracy to conceive, is an uncomplicated process. 90% of the time, ovulation occurs between 12 and 15 days before the first day of the next period, so that if the menstrual cycle is regular, no great skill is required to understand the most likely days, and the ability of normal sperm to survive for  a few days makes absolute accuracy unnecessary.

Even women with irregular cycles that occur within a window of a week or so, can simply count the days and focus intercourse around the most likely time. Those who want, or need, more accuracy can learn to detect the changes that occur in cervical mucus around ovulation, when the mucus changes from a sticky white substance to something increasingly like egg white at the pre-ovulatory day.

Mucus detection is usually easy, and certainly cheap and vastly superior to temperature chart recording, which many women seem to spend months trying to master. The basal body temperature rises after ovulation, and can be helpful to confirm that ovulation has occurred, or as part of teaching the change in cervical mucus, but by itself I think it is almost always useless. By the time the temperature rise has occurred, so has ovulation, and sadly it is not possible to conceive retrospectively.

If ovulation detection is proving difficult and confirmation is required, then using urine tests each day leading up to ovulation is a very accurate way of defining the best day for intercourse. These urine test sticks detect the rise in the luteinising hormone that begins to occur some 36 hours prior to ovulation and so can be helpful when there is indecision.

In some couples, particularly when conception is taking some time, intercourse on cue has become a chore, and sex is a "have to" rather than a "want to", then using LH kits ensures that "have to" is only once, and "want to" is left for other occasions. If the menstrual cycle is very irregular, then medical advice should be sought, as trying to use LH kits can become difficult and expensive if tracking goes on over many days. An alternative way of detecting ovulation is to use salivary tests, which look at pattern changes in saliva structure but most people find these difficult to interpret, and although attractive because of the apparent simplicity of the method, most people find them difficult to use in practice.

Frequency of intercourse is always a question I am asked. Given the information I have outlined above, most couples do not need to turn getting pregnant into a military exercise, and normally fertile couples should not have to. Intercourse on every second day through the likely time of ovulation is all that should be necessary (and sex for conception is a bit like marketing expenditure, you never know which part of the expenditure was successful).

Sperm are like vegetables, they are best used fresh. Saving up to provide an attack of nuclear proportions at ovulation is not a helpful plan. Old sperm function much less well than fresh ones and ejaculation should not be delayed on the grounds that quantity is better than quality. It is rarely true in any aspect of life, and in particular, this one.

A Google search for sexual positions for conception will lead you to a vast number of entries, and although these may add interest to the occasion, there is no evidence at all that any one is better than another for conception. Sperm behave like men, they seldom ask for directions, and the fact that they ultimately find themselves in the cervical mucus, and on their way to seeking out an egg, is as much by chance as good planning. There is some evidence that the process of initial sperm transport is an active rather than a passive one and occurs during intercourse. Lying with your feet in the air, or up the bedhead, or in the knee-chest position after sex, favourites on the web, appear to create no advantage except perhaps for wry amusement.

If conception is taking a long time, seek help when you begin to feel worried about it. Most couples require no intervention, but the stresses of intercourse on demand can profoundly change the sexual relationship for couples, and early assessment and reassurance can be very helpful in alleviating the building tensions.

Couples often ask about the use of lubricants and their effect on outcome. It is true that many lubricants commonly used kill sperm, but I doubt that this is ever really a practical problem, unless the volume of lubricants used is large and intravaginal. There is now a lubricant made especially for use around ovulation, which sperm is happy to live in, but I have seen no data that the chance of pregnancy is better using this in preference to any other.

Trying to conceive should be fun, but it is not always quick or easy. A realistic idea of the likely time to conceive is in itself helpful in reducing the concerns that can arise, and a little bit of knowledge in planning can improve your chances. Follow some basic rules as outlined above, and then mostly the rest is up to chance. Just like finding the right partner to begin with, life seems more about chance than we would like to admit.