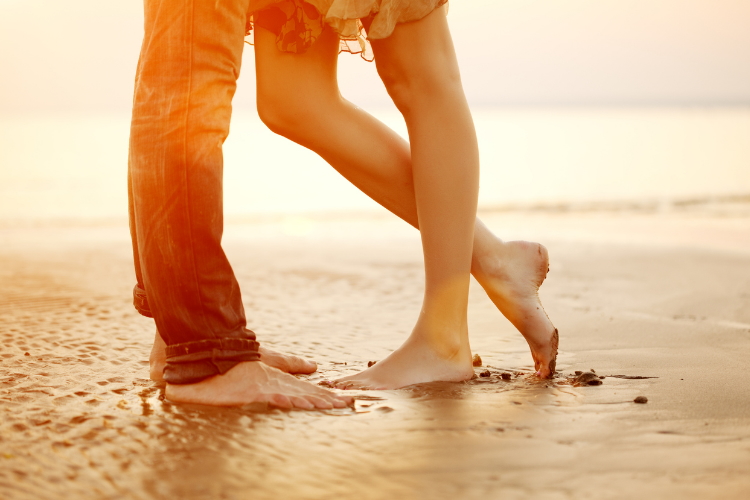 Revolutionised birth control has supposedly brought women greater freedom. But what is the real cost of managed fertility, and are there less medicalised alternatives? Sarah Tennant investigates.

In 1960, women celebrated as the FDA approved the first hormonal birth control pill. Adding this pill to an already sizeable list of birth control devices - condoms, IUDs, spermicides, pessaries and cervical caps - it seemed that women would never have to worry about being burdened by too many babies again.

Fast-forward fifty years, and the birth rate has indeed declined - but millions of women are finding they have simply swapped one source of stress for another. Far from promoting a free and easy lifestyle, modern forms of birth control, specifically hormonal methods, mean that many women can suffer more physical and emotional stress from preventing babies as they can from having them. The price of managed fertility can be blood clots, breast cancer, weight gain, mood swings and depression; for a small number of women, it can be death.

Less dramatically, many women spend years or even decades in a mentally and physically altered state due to contraceptives, feeling "not quite right" or dealing with a litany of unpleasant symptoms as their doctors fiddle around with doses and prescriptions. A recent study found that the Pill alters biochemistry to the point of affecting how women choose their life partners - a side effect that would probably have Margaret Sanger turning in her grave.
Another side effect of hormonal birth control is that it medicalises fertility. Women cannot give themselves Depo-Provera shots or mix up their own estrogen-progesterone cocktails in the kitchen: Their bodies therefore become managed by health care professionals, some of whom are only too ready to hand out pills like popcorn. Several women I know were put on the Pill as non-sexually active teenagers, for no better reason than having "irregular" periods - in other words, periods that were not exactly 28 days long. Clearly high school sex education had failed these teens as surely as years of medical training had failed their doctors, with the result that their still-developing selves became guinea pigs for a risky chemical cocktail.

Fortunately, there is an alternative. These women told me their story on a forum devoted to FAM, or Fertility Awareness Management. Like many practitioners of FAM, their stories sparkled with passion and enthusiasm - rather unique attitudes in the contraceptive world. (When did you last hear women rhapsodising en masse about their IUDs?) To my knowledge, no other form of birth control inspires such fanaticism: and the reason is that FAM is not simply another way to prevent pregnancy. Instead, it is a working system of knowledge about a woman's body with benefits that extend far beyond making or avoiding babies. And to give it an added frisson of chic, FAM is also ethically and ecologically conscious. Take that, mini-Pill!

Users of FAM range from married Christian couples to single women, teens, and breastfeeding mothers. The method is often confused with NFP, the Catholic variant; or unfairly conflated with the Rhythm Method, a highly dubious form of birth control that only works if a woman ovulates on Day 14 (two weeks after the start of her period) every single cycle. One of the first things an FAM student learns is that she probably doesn't.

As a thorough understanding of the rules of FAM is essential to its success, it would be irresponsible to attempt a complete how-to in this article. Essentially, a woman notes her fertility symptoms every day and records them on a chart (hence "charting" as a slang term for FAM). In its simplest form, known as the Billings Method, a woman checks her cervical fluid for signs of a consistency capable of sustaining the life of sperm. Determining fertility this way is not a new discovery - women in a certain tribe in Africa have understood the message of cervical fluid for centuries.

More complex forms of FAM, such as the Sympto-Thermal method, use the position of a woman's cervix and her waking oral temperature to corroborate the fertility signs of cervical fluid. Opinions vary on the necessity of using all three signs, but either way, the results are impressive: both the Billings and Sympto-Thermal methods of FAM boast an impressive method success rate - 98% for Sympto-Thermal and 97% for the Billings Method. (Condoms also have a 98% success rate: both forms of FAM beat the rates of diaphragms, spermicides, and cervical caps.)

Of course, simply charting fertility is not enough - for women who wish to avoid pregnancy, abstinence or the use of barrier methods is necessary during the fertile period. Understandably, this has turned a large number of couples off the concept of FAM.

Natural Family Planning (NFP), the Catholic version, requires abstinence during the fertile period for theological reasons; secular forms of FAM do not, but experts warn that a condom break during the fertile period is quite likely to result in a pregnancy. The bad news is that a woman's libido is often at its peak during ovulation - the exact time couples must abstain to avoid pregnancy.

Yet thousands of couples clearly find that the inconvenience is worth it. Why? Perhaps because FAM only affects a couple in a few specific ways. A woman must devote a few moments a day to observing and charting her fertile signs: a couple must either abstain for a chunk of every month or use barrier methods. The rest of the time, they are free. Contrast this with many women's experience of hormonal birth control. Every day, without reprieve, she experiences the effects of the artificial hormones coursing through her body. She may have wild mood swings, feel numbed or depressed; when it comes time to have that wonderfully spontaneous any-time sex, she may find body-image issues caused by weight gain, a loss of libido and vaginal dryness mar the experience.

A number of women also suffer a growing ethical unease about the abortifacient qualities of hormonal birth control and its effects on the environment. Adding all this up, FAM may not seem so daunting after all.

The best part of FAM for some couples is its reversibility. Women do not have to wait several months after discontinuing Depo-Provera to start ovulating again; the moment they decide to conceive, they can consult their charts to see the best time for timing sex. Toni Weschler, author of FAM bible Taking Charge of Your Fertility, notes that FAM-ing couples with fertility issues are likely to spot them even before trying to conceive, rather than waiting the obligatory year of hit-and-miss trying before seeking professional help. Problems such as a short luteal phase or anovulatory cycles can be taken to a health care provider and treated immediately - a bonus for older couples, who may not be able to afford to wait a year.

For couples who really want to micromanage their fertility, FAM can even be combined with the Shettles method to give parents a fairly decent shot at choosing the sex of their baby. The method is based on the principle that "male" sperm swim faster, but "female" sperm live longer. Thus, by timing intercourse very close to ovulation or a few days before it, couples can maximise the chances that the right sperm will get to the egg first. It sounds like an old wives' tale, and various studies have either emphatically confirmed or drastically debunked the theory - but for parents with a strong gender preference, it may be worth a try.

The part that really gets women inspired about FAM, however, is its ability to connect seemingly random symptoms to the menstrual cycle. Savvy charters can pinpoint everything from nausea to migraines to specific points in their cycles. My sister, a single woman who charts out of pure medical geekery, has noticed perfume smells better on her during her follicular phase. Other women have correlated their cycles to food sensitivities, unusual dreams, their desire for another baby and even their tendency to spend money! These women can arrange their lives accordingly, whether they schedule social functions during their most outgoing phase or stock up on dark chocolate when they know their period is due.

A lot of women who use FAM look at it from a Gaia-ish, fertility goddess sisterhood perspective. I'm not one of them. To me, the mysteries of the female body are generally a pain in the Fallopian tubes - and last time I tried to tune into my body all I got was an eerie certainty that my unborn child was a boy. She wasn't. But when she enters her preteen years, I will be teaching her exactly how the principles of Fertility Awareness Management can help her understand the quirks of her body, and how she will one day be able to use the method to achieve or avoid pregnancies if she chooses. I believe that knowledge is her birthright.

Want to learn FAM?
Toni Weschler's book Taking Charge of Your Fertility is a hefty, but worthwhile, read. Weschler approaches the subject with humour and plenty of anecdotes, and drills the rules of FAM chapter after chapter without becoming boring. The book includes examples of real women's charts, photos of cervical fluid, and information about using FAM during tricky times such as breastfeeding and peri-menopause. Weschler has also written a book about charting for teens, Cycle Savvy.

The Billings Method, by Drs Evelyn Billings and Ann Westmore is a clear and readable how-to guide for the simpler form of FAM, which uses only cervical fluid  to indicate fertility.

Sarah Tennant lives in Hamilton with her husband Dominic and daughter Rowan.