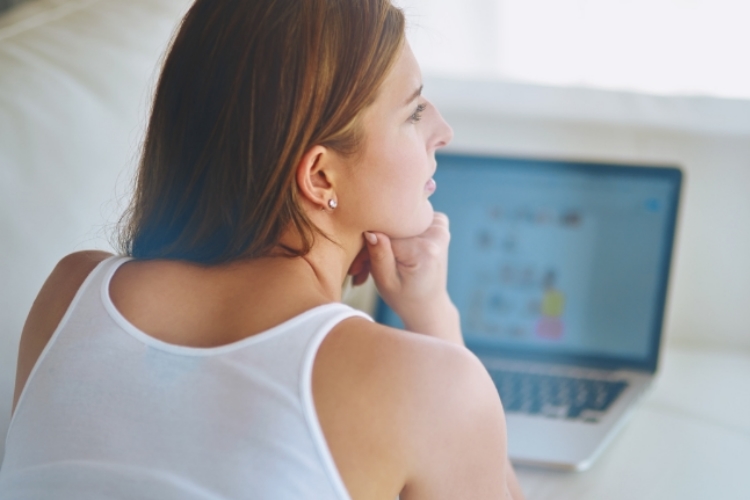 Simonne Walmsley's personal account of trying to start a family continues. Here she ponders the idea of planning a pregnancy.

I've had more time than most to plan a pregnancy and consider what having a baby will mean for me. Things are taking their time with us. I'm not an expert on any aspect of this, I've just had more time with my thoughts, and to listen to other people's. It's been a roller coaster so far, and I'm learning as I go how to deal with the ups and inevitable downs that come with trying to conceive (as in exactly how much chocolate you need in the pantry at any particular stage of your cycle). Perhaps what I have to say in this column will help you do the same, and that's why I'm here.

Assuming that you have the luxury of planning, and don't find yourself, out of the blue, staring bemused and shocked at a positive pregnancy test wondering how on earth it happened (aside from the obvious), deciding to start a family is a big decision. Huge.  Probably the biggest decision you will ever make. It leaves everything else in the dust…deciding to move in together or get married, buy a house, shift to a new town or city, embark on a new career, the works. In fact, in the panic-attack stakes, post-big-decision, you'll be wanting to have a good supply of paper bags in the house. I think I hyperventilated more times after we first decided to try for a baby than I did while planning my wedding, and that's saying something. Although it creeps up on you to an extent, wanting a baby, and more so for women than men too, when it actually comes down to deciding? To actually doing it and throwing away your contraceptive pills or whatever else you've been using to avoid a pregnancy up until that point? In a nut shell? Aaarghh!

When I say that it creeps up on you, I mean that I believe most people have an idea whether they want children and a family in the future. It has been factored in somewhere along the way, and you've given it some basic thought, even if it's simply that last week, while you were following the devil's spawn around the supermarket, wondering along the way how much time you'd get for strangling the little demon, you vowed there and then amongst the spray cleaners, that your children will only ever behave like perfect angels (or at least, surely electric shock collars will be legal for kids by then?). Seriously though, you might buy a house taking into consideration whether it will be a family home or is in a good school zone, or you do your OE before you get married and 'settle down', those sorts of things. Your thoughts float in that general direction every now and again, even though usually at that point the whole 'kid thing' is still very much looming out there as a decision for 'future us' to make.

So, when do you get to the point where you're ready to go down the baby road? And perhaps, more to the point, how do you know when it's right? I have no idea. Having a baby will be the biggest responsibility you ever take on. How do you anticipate how your life will change and brace yourself for it? Pass. I think everyone just wings it and that the only people who have an idea what you may need to know to prepare for a baby, or exactly how big a shock it's going to be, are the people who have them already… which is a fat load of good to us newbies. I don't imagine the enormity of it all hits you until you hold your baby in your arms, look into its eyes for the first time… and make a grab for the gas again. Looking back at you is a brand new person that is your responsibility to keep safe, to mould and to raise the best you can. Yikes.

Initially, like many men, my husband was rather petrified of becoming a father. Baby discussions usually resulted in him searching the house for somewhere to hide (if they do manage to slip past you, try looking in their man-sheds, wardrobes, behind the couch and if all else fails, hold their xbox out the window and threaten to drop it unless they reappear).  It can take them a while to get their heads around such a big decision… the imminent life change, the increased responsibility, possible financial constraints and the likely curtailing of future collecting of man toys, among other things. Our beloved boys will usually run for the hills temporarily. Most blokes are pretty happy to cruise along forever with the status quo in tact, and I think that it usually takes the proverbial putting of foot down by the hopeful-mum-to-be to get things moving.

The big thing that you really have to consider with blokes, especially if you meet resistance on the baby thing, is not to freak out that he doesn't want children (unless of course he actually says that he doesn't want children, then feel free to freak out completely), he probably just needs a bit of space to mull things over. As women our biological clocks have been ticking away, and we get to a point where we are distinctly aware of our monthly cycles, the purpose behind it all, and our hormones (which men are terrified of) are starting to stamp their feet. But men don't experience that. They just blissfully cruise along until their wife or partner sticks a foot out in front of them so to speak. Mind you, having said that, once they realize it's curtains, they're pretty practical sorts! It didn't take long for my husband to put two and two together and realize how much… uhh… you know… would be involved in trying to make a baby. He was pretty cheerful about it all after that.

So, when it comes down to deciding to start trying for a baby? It's a big ol' decision, and there is a lot to making it. You and your husband or partner won't necessarily come to a point where you're ready to try for a baby at the same time either, which can be hard on one or both of you, so it's important to communicate and make an effort to understand each other's thoughts and feelings about it all. It's the most important thing you'll ever do, and the biggest challenge you'll face. It's certainly not all teddy bears and cute clothes. Some of the things we talked about when we first started talking about children were some of the hardest things I've talked about in my life, but you have to approach the possibility of becoming a family as a team, and I feel it's really important to know that you're both on the same page. Or, you know, when it comes to the shopping side of it, at least in the same chapter.