The importance of iron in pregnancy 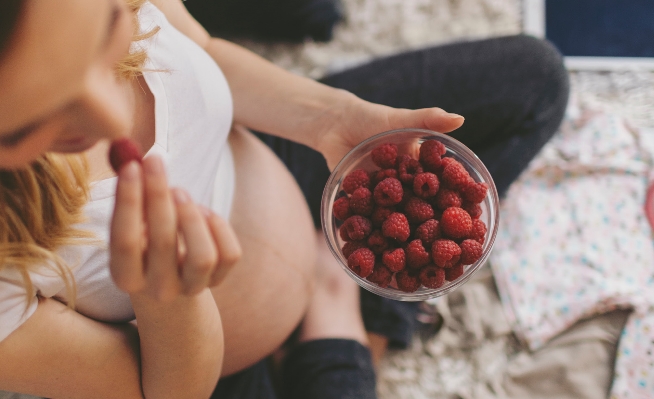 When it comes to iron in pregnancy, it’s very important to get the balance right. Midwife Esther Calje explains.

Whilst iron deficiency and iron deficiency anaemia (IDA) are common problems in pregnancy, they are often not managed well. What is it that makes levels so hard to master? And how do pregnant women get the balance right?

Iron is the most abundant element on our planet, and as a trace element, it is vital for human life. Iron is not only essential to make haemoglobin, the protein that delivers oxygen to the body in our blood, but it's also important for all cell growth and body systems: for heat and energy production, for the immune and musculo-skeletal systems, and for brain development and function. No wonder we feel physically and mentally tired when we don’t have enough! Iron within the body, however, is carefully regulated. High levels can be harmful. So too much iron can be problematic, but demands in pregnancy are extraordinarily high, and most women do not have sufficient iron stores to meet those needs.

In high demand
The demand for iron during pregnancy increases because of the remarkable changes and growth that women’s bodies undergo. In early pregnancy, a healthy woman’s blood volume increases with approximately 30% more red blood cells and 50% more fluid. This results in a normal drop in haemoglobin levels (also called physiological anaemia), as the red blood cells become diluted compared to pre-pregnancy. Iron is required to grow a healthy placenta that, in turn, nourishes the growing baby. Most iron is transferred to the baby by the placenta from thirty weeks gestation, even when the woman herself has low iron levels.

The World Health Organisation (WHO) estimates that 40% of pregnant women are anaemic worldwide, but the prevalence in Australasia is unclear. Apart from physiological anaemia, anaemia in pregnancy is most commonly caused by a dietary deficiency of iron. However, anaemia often has many causes, and can also be caused by other deficiencies (B12 or folic acid), blood loss, chronic inflammation, or haemoglobinopathies, such as thalassaemia.

In recent years, more importance has been placed on testing iron stores. Currently, serum ferritin (taken as a blood test) is the best measure of iron stores, although it can increase with inflammation or infection. Normal ferritin levels are like savings in the bank. When iron is required to make new red blood cells (erythropoiesis), the iron is released from ferritin. When iron stores are low and not available for erythropoiesis, iron is pulled from circulation, and haemoglobin levels fall. This results in anaemia.

Feeling tired?
The most common symptom of anaemia is fatigue, but this can be difficult to distinguish from the normal tiredness of pregnancy. This is why it is important to get your blood tested early by your midwife or doctor. Other symptoms that women experience include lethargy, irritability, pale skin, palpitations, dizziness and shortness of breath. Anaemia and iron deficiency are also associated with postnatal depression, increased likelihood of blood transfusion, increased risk of infection, difficulties with bonding and breastfeeding, reduced newborn iron levels, and developmental delays in infants. Severe anaemia in pregnancy is associated with low birth weight and premature birth.

Staying on top
The best way to prevent IDA is an iron-rich diet from haem and non-haem sources. Haem iron, from red meat such as beef and lamb, not only gives you plenty of iron when eaten three to four times a week, but it also helps the absorption of non-haem iron. Chicken and fish and freshly cooked hot mussels are also good sources of haem iron. Green leafy vegetables, tofu, beans, wholegrain breads, dried fruit and some cereals are all good sources of non-haem iron. Interestingly, cooking in cast iron cookware also increases iron intake, and  eating one or two pieces of fresh fruit after a meal will improve the absorption of haem and non-haem iron. Another important way to maximise absorption is to avoid things that bind to iron, such as tannins in tea, coffee and red wine, an hour or two before and after meals. Calcium, magnesium and phytates also bind to iron, inhibiting absorption. The Ministry of Health recommend a daily intake of 27mg of iron during pregnancy. However, even with an iron-rich diet and the natural increase in iron absorption during pregnancy, diet alone is insufficient to meet iron requirements by the third trimester. Iron requirements can only be met if there are adequate iron stores from early pregnancy.

At the first antenatal visit your Lead Maternity Carer will request blood tests to look at your iron status. LMCs almost always test haemoglobin, but iron stores are not tested routinely. If you are at increased risk of IDA, are fatigued or have other symptoms, ask your LMC to check your iron stores as well. A normal haemoglobin level does not mean iron stores are also normal. Your midwife or doctor will advise whether you can continue with your iron-rich diet alone, or if your results are borderline, they may suggest a low dose of oral iron. If you have low iron stores or IDA you will need a higher dose of oral iron.

There are several cheap, safe and effective oral iron formulations that are subsidised. Your LMC will prescribe and advise you on the frequency and dose. As with dietary intake, it is important to avoid inhibitors such as tannins with your iron supplement. Many women experience side effects such as nausea and constipation. The best way to take oral iron to enhance absorption and reduce side effects is to take it an hour before or two hours after a meal, or before bed, with a vitamin C rich fruit, such as kiwifruit or orange. If you are taking over-the-counter iron including multivitamins and minerals, look carefully for the amount of elemental iron in the formulation. This is the dose of iron you are taking. Taking a higher dose tablet every other day may be just about as effective as taking daily tablets, and may reduce side effects.

Balancing act
Too much iron can be harmful, especially if women are already iron replete, or have an undiagnosed iron metabolism disorder resulting in iron overload. Supplementing pregnant women who are iron replete with high doses of iron is associated with increased blood pressure and blood viscosity (thickness), and decreased blood flow to the placenta, affecting foetal growth. Iron is also toxic to children – a few tablets for a small child can be fatal. So approach iron carefully, and store lolly-like iron tablets out of reach.

Despite best efforts, some women cannot tolerate oral iron, or it is ineffective for them. With advances in safety and the effectiveness of new intravenous iron formulations, more intravenous iron is being given to pregnant and post-partum women now than ever before. Intravenous iron has many advantages, and in some cases it can help women avoid blood transfusions if they have bled significantly at birth. However, the best approach is to work with your midwife or doctor at ways to improve your iron status in pregnancy, using diet and simple oral iron strategies. Approaching labour and birth being iron replete is an achievable goal for all pregnant women. Not only will you maintain a healthy pregnancy but you will also keep your choices open regarding where you can give birth. Satisfactory iron levels will help strengthen you to feel well, tolerate blood loss and avoid interventions where possible.

Tired of feeling tired and seeing other mothers in the same boat, Esther Calje is working on improving iron levels in women during pregnancy and postnatally. Her Masters in Midwifery research project studied how midwives manage women with anaemia and iron deficiency.

AS FEATURED IN ISSUE 37 OF OHbaby! MAGAZINE. CHECK OUT OTHER ARTICLES IN THIS ISSUE BELOW

Obstetrician or midwife: how & why to choose

24 hours in a birth centre

The power and purpose of sleep

Tongue-tie: cause and effect

Paws for thought: does your little one need a pet?

How to encourage a growth mindset

Mama glamour: maternity wear that takes you some place fancy Have baby, can travel! Favourites: get cosy with charcoal