How to get baby in the best position for birth 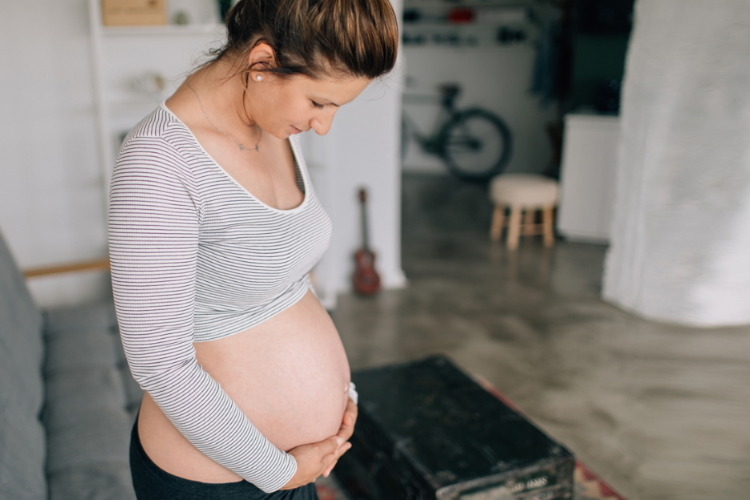 Trying to get your baby into an optimal position for birth was called 'maternal posturing' in 19th century publications, so it isn't a new idea.

Birth has a physical, emotional and mental side to it. There is nature and a bit of science involved. Physics tells us that there is such a thing as gravity, and maths tells us about shape and sizes. Our heads aren't a perfect round shape and there are diameters that are larger than others and our pelvis has certain diameters also. Thus the baby must manoeuvre to fit through the pelvis. I had someone tell me once gravity plays no part, woman could push a baby out if they were doing a handstand. Interesting concept, but I haven't seen any births on Youtube demonstrating this, so I stick to my belief that an upright position helps!

So why do some babies get stuck?
This may be due to the size of the baby, position or presentation of the baby, or shape of the woman's pelvis. Most women do have a baby to fit them: I have been present when a 5.8kg baby was birthed normally - her mum had a good size pelvis. Our pelvis shape isn't something we can do much about but the position of the baby could be influenced.

The best position for a baby's head to fit into the pelvis is occipital anterior (OA). As the back of the head (occipital) lines up with the babies back, you might hear OA being described as 'the baby's back is toward your front'. If occipital posterior the baby's back is towards your back. Babies can be still born in an OP position but most of the time they will rotate in labour into OA. Needing to rotate is why OP labours can be longer with more backache.

To explain why it best for the baby to have its head in an OA position and have the chin tucked towards the chest. Think of this metaphor: try putting on a tight polo-neck top without tucking in your chin, ie. looking at the sky.

So why have the rates of interventions increased?
Sutton and Scott state "that the rate of posterior presentation has increased drastically in the last few decades, apparently in line with changes in the way women use their bodies. Sitting in car seats and leaning back on comfortable sofas, together with less physical work, has combined to produce an increase in posterior presentations."

Optimal Foetal Positioning' (OFP) is a theory developed in the 1990's by a midwife, Jean Sutton, and Pauline Scott, an antenatal educator, who stated "that the mother's position and movement could influence the way her baby lay in the womb in the final weeks of pregnancy. Many difficult labours result from 'malpresentation', where the baby's position makes it hard for the head to move through the pelvis, so changing the way the baby lies could make birth easier for mother and child."

There was advice for pregnant women to get into upright and forward- leaning postures as often as possible in later pregnancy. If you were pregnant with a single baby which was coming head first, then after 34 weeks to try:
☙ Leaning forward over a beanbag or large cushion
☙ Swim with abdomen down ie breast stroke or front crawl.
☙ When resting lie on your side, preferable the left.
☙ Going on all fours. Visualise the uterus as a hammock in which the baby lies thus in this position the baby would tend to lie with its back towards your tummy button
☙ Sit with knees lower than hips.
☙ Turn a dining chair around and sit astride it facing the back.
☙ Use of a birth ball can encourage good positioning, both before and during labour.
☙ Don't lie back with your feet up.

With research there are often arguments for and against, and the same with optimal fetal positioning. Some research has said, "it's not what you do before labour which is important, so much as what you do during labour". There is research that says, 'the majority of babies who are OP during labour actually started off in an OA'. Also, according to Gardberg, if your baby stays in an OP position most posterior babies will turn during labour.

Try these exercises and positions during labour, which can help move the baby into the pelvis:
☙ Walk up and down stairs, sideways if you find it too hard.
☙ Move your pelvis, do figure "8" or rock from side to side
☙ Use squatting, leaning forward or all-fours positions

I see positioning and movement in labour as important for trying to get the baby into an optimal foetal position during pregnancy. I don't say that you have to get down and scrub the floor as our great grandmothers were told to do in preparation for birth, but maybe think about reading the paper in hand and knees/bottom on the floor position.

If birth ends with intervention, it isn't your fault because you didn't position yourself correctly, because there are also other factors involved. There needs to be trust in birth; don't go into labour thinking, "I can't". I asked my son the how he stops himself from getting scared, he said "I take a deep breath and I just do it".

Helen Pulford is a midwife and childbirth educator based in Wellington.