Induction - tricks of the trade for getting labour started 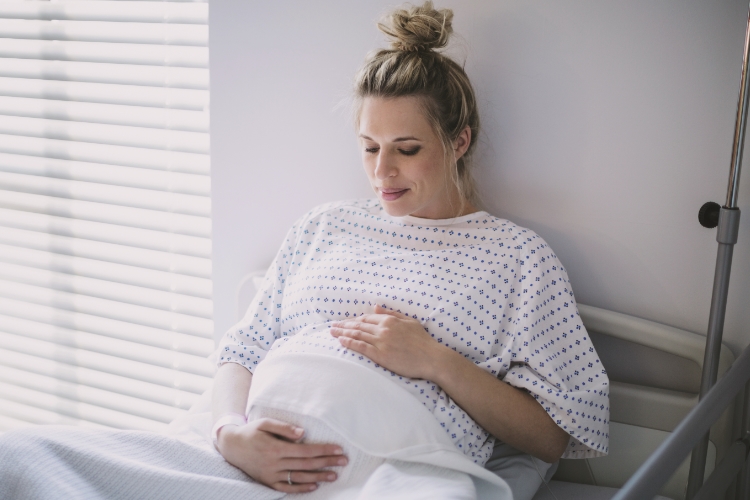 Babies are generally born when they’re ready, but some need a little hurry-along. Dr Nick Walker describes the tricks of the trade for getting labour going – balloons included!

You’re coming to the end of your pregnancy, and your LMC is by now carefully checking you and your baby each week as the due date approaches. Even though things might have gone well so far, there are still the labour and birth to look forward to before you and your baby finally get to meet! At some point in some pregnancies, the much-anticipated labour may not start at a time that is optimal for the health outcome of the mother and/or baby; then it is time to have a discussion about induction of labour (IOL).

IOL is suggested (or recommended) according to various clinical scenarios that might occur during any pregnancy, and mostly these scenarios will fall within the final two weeks either side of your due date. The basic idea is that the risk of remaining pregnant may be thought to outweigh the risk of having labour induced, and this ‘equation’ of risk and benefit is carefully considered for each mother-baby pair. The risks of being induced are very small and fall into two opposite categories: ‘failed’ or ‘unsuccessful’ IOL, whereby despite all attempts the patient does not go into labour, and ‘hyperstimulated’ labour, whereby the body over-reacts to the medications, sometimes causing foetal and maternal stress. The decision to consent or agree to having your labour induced is ultimately yours as an expectant mother; the other two parties needing to be in agreement would be your LMC and an obstetrician.

There are several common reasons for recommending that labour be induced, and if these arise, then your LMC will discuss your case with an obstetrician to confirm the recommendation. Many maternity units in New Zealand have standardised protocols outlining both the indications and processes of labour induction, as well as patient information leaflets so you can familiarise yourself with what can be expected. Less often, an unusual or rare complication of pregnancy may arise. In those cases it is more likely that an obstetrician will make the recommendation to induce labour, and your LMC will be informed secondarily. Whatever happens, it is important to have proper and informed discussions relevant to the decision to be induced, because once things start they cannot usually be stopped!

THE WHY
Some common reasons for being induced include:

1 Going one to two weeks beyond your due date, the rationale being that the placenta nourishing the baby can cease to function properly.

2 You develop high blood pressure or pre-eclampsia and/or the growth of the baby is not optimal, the rationale being that these problems reflect an element of placental stress and dysfunction regardless of the proximity to the due date.

3 The amniotic sac breaks (‘ruptured membranes’) but labour does not spontaneously start, the rationale being that the risk of bacterial infection in the amniotic fluid increases without the protection of intact membranes surrounding the baby.

4 The presence of pregnancy diabetes, the rationale being that prolonged time in utero is more likely to lead to a larger baby with greater attendant risks during the birth.

5 Twin pregnancies, the rationale being that neonatal outcomes for twins is optimal when delivery is several weeks prior to their due date.

THE HOW
Induction of labour describes a series of interventions that are generally aimed at simulating and stimulating the natural process of labour. Labour itself is a very complicated physiological orchestration of maternal hormones, the goal of which is to soften and open the cervix, allowing the uterus to contract which then encourages the leading part of the baby (usually the head) to be directed through the cervix, into the vagina, then into the outside world. We do not yet have a full and complete understanding of these mechanisms, though what has been discovered are several ‘tricks’ to set off this process. Induction of labour can be likened to setting off fireworks. The induction methods are like the fuse – a simple  device that then ‘ignites’ a very complicated pre-programmed event which, up until this point, has been dormant.

To describe how labour is induced, first we’ll look at some basics. The three main ingredients for a successful labour are 1.) a soft and open cervix; 2.) ‘broken’ waters, a puncture of the sac of amniotic fluid around the baby to allow fluid to drain out; and 3.) contractions of the uterus.

RIPE AND READY
Addressing these individually, we’ll start with the cervix. For most of the pregnancy, the cervix is like a long, firm and closed-up tunnel holding the baby inside the uterus. During the last few weeks, the tunnel goes from being firm to soft – just as an avocado will ripen slowly but surely in your fruit bowl at home – and therefore both opens and shortens as the baby’s head nudges it open from the inside. At the start of labour induction, the cervix is examined to determine its ‘ripeness’, and this is expressed as a score which is a composite of factors describing the consistency, length and openness (AKA dilation). This score, known as a Bishop’s score (named after the clinician who both invented it and popularised its use), is used to determine whether the cervix needs ripening or not.

If your cervix needs to be ripened, there are just two ways of going about it: hormonal medication or a small rubber balloon. The balloon technique involves placing a narrow latex rubber or silicone tube, which has a deflated balloon at its end, through the cervical canal and into the lower uterus. That balloon is then inflated, until it’s around the size of an apricot, and there it will stay for 18-24 hours, slowly exerting pressure onto the inner cervix and causing a slow stretching effect, while also stimulating your natural labour hormones to start to work. The hormonal medication (there are several types which all work in the same kind of way) is usually placed near to your cervix, and is designed to mimic the initial hormones your body would start to produce at the beginning of a natural labour. Labour is really like a chain reaction of chemical processes. These initial artificial hormones will start the chain reaction, taking 6-12 hours to achieve their intended effect of softening and opening your cervix and often also starting some early labour pains. The choice between a balloon or hormones to ripen your cervix will depend on which hospital is caring for you and the clinical details of your situation.

YOU NEED A BREAK
Whatever method is used to ripen your cervix, the second step is to ‘break the waters’. This may happen spontaneously, but if not, it is a very quick and straight-forward part of the process. During an examination of your cervix, a device called an amnihook is used to tear the sac, opening it and letting amniotic fluid drain away. The amnihook is often described as looking like a crochet hook, though to me I would say it looks like a tiny beak of a bird such as a kea: a little reverse-curved triangle at the end of a 12 inch narrow handle. The point I wish to stress is that it is not traumatic or dangerous to use! As the amniotic fluid drains, more natural hormones are released and the uterus will usually start contracting as a reflex.

THE FINAL PUSH
The final ingredient for labour then is contractions which, if not occurring by themselves at this point, can quickly and easily be generated using intravenous oxytocin. Synthetic oxytocin (AKA syntocin) has been used for many decades for both inducing and augmenting labour. It is a very simple hormone that lasts only three to five minutes in your body, which is why it is run as a continuous infusion through a controlled intravenous pump. The infusion of oxytocin is a complex art, too little and the labour may not establish properly, too much and the labour could be too strong and stress the baby! If you are given intravenous oxytocin, your baby is monitored continuously and an experienced midwife will be looking after you one-on-one in recognition of this fact. Not all labour inductions will need oxytocin, it is usually the third and final step in the process.

Once labour is induced, and the active phase of labour is underway, you can look forward to meeting your baby within four to twelve hours – a very wide time estimate, of course, due to the uncertainties of any labour, but not long compared to the nine months you’ve probably waited already!

Dr Nick Walker is a specialist obstetrician working in both public practice at National Women’s Hospital, and private practice in Mt Eden, Auckland. He divides his time between these roles and helping his wife in caring for their four young children.