One mum shares her journey to acceptance 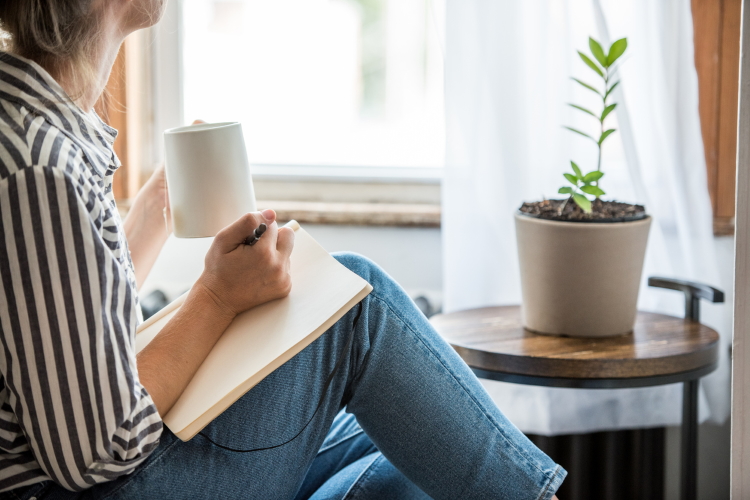 Acceptance is the fifth stage of grief; the culmination of a mourning process that sometimes you are completely unaware you are ‘living’ through. Maybe that is why it has taken so long to share my story. The word ‘story’ implies beginning, middle, happy ending; I am yet to determine if my story will have a happy ending…

Medical experts say there is no right or wrong way to grieve; we are all entitled to experience that roller coaster of emotions in our own way. Grief is defined as, ‘intense sorrow, caused especially by someone’s death.’ This is what I wonder during the nights I lie awake wishing I saw your face just once. Can you measure grief on a scale of 1-10? Is mine any more or less than yours? What gives you the right to compare?

For the last three years we have been “trying” (praying, hoping, begging) for a baby. Singular, as in just one… we didn’t want to be greedy. The number three is not just the first odd prime number, it is the number of babies that have come and just as quickly gone from our lives during our journey. Nobody talks about it.

Miscarriage is relatively common during pregnancy. There are even statistics you can google to make yourself feel better, like you’re not the only one experiencing “nature’s” spontaneous termination. Miscarriages occur in 10-25% of all clinically recognised pregnancies. Isn’t that reassuring?  But wait (now this feels like a 2 for 1 special) the statistics become even more promising. Recurrent miscarriage is defined as three (our number) or more consecutive first trimester miscarriages. This can affect 1% of couples trying to conceive.  The old saying ‘one in a million’ doesn’t feel so special anymore…

Rewind to the beginning. Because of my underlying blood clotting condition I live on a blood thinning medication called warfarin aka rat poison, it is an anticoagulant that thins your blood and willcause birth defects. Because of this reason when we started “trying” to conceive I was granted a 12 month medical reprieve to switch my warfarin medication to another baby friendly injected drug called clexeane. This drug is expensive and only government funded with a positive pregnancy test. So for the following 12 months I religiously injected twice daily. At a cost of $160 every  10 injections, this added up. Of course after 12 months and still no confirmed pregnancy test to show for it, I was switched back onto warfarin. Warfarin is a closely monitored drug that requires frequent blood testing. Doctors aware of our situation also ordered a compulsory HCG (pregnancy test) to accompany every blood sample. This resulted in regular correspondence between myself and a nurse assigned to pass on the results every month.”No, your HCG levels are under 2 (not pregnant), is that the result you’re hoping  for?” Are you asking me a rhetorical question? Disappointment doesn’t come close to what I felt during that conversation.

The first time I found out I was pregnant due to my elevated HCG levels I couldn’t believe it, by then we had already been trying for over a year so you can imagine my elation and excitement. Only to realise two days later that these levels had dropped, meaning an impending miscarriage. It was painful physically and mentally; but how can you describe these feelings of loss to others? Yes, I was carrying a baby that I already had hopes and dreams for, only to have it so cruelly taken away.

Life is unfair. That is not negativity talking, but our ever-present friend, reality. The reality is that s***y things will happen to good people in life. Deciding how to deal with those s***y things is what determines your character. So keeping this in mind, I put on my makeup; I went to work smiling, I participated in those conversations with other people about their pregnancies and babies. I told a few people what happened; their responses were fine, not great because it’s just one of those situations where people don’t know what to say. So instead they say the wrong things, it all begins with “buts”.

The second time I felt rage, I locked myself in my room completely absorbed and consumed by uncontrollable rage. The ‘why me?’ set in, hypothetical deals with all the greater powers of the universe if they could just grant me my one wish. Why was it so much easier for everyone else? Gore was experiencing a modern day baby boom - at least that’s how it was described in the media. Women were pregnant everywhere, it couldn’t be avoided. I would overhear conversations of these women complaining about their carb-laden cravings and swollen feet just after I had lost my second baby and I wanted to scream at them all! I would give anything to trade places, how could they take it for granted?

The third time I couldn’t feel anything, I knew If I did I would feel everything. I have learned that I control (not suppress) my emotions, they don’t control me. This mantra is definitely easier said than done. Several of my good friends are currently pregnant, and none have had problems with conception or complications. They talk excitedly about midwives, baby showers and what to name their babies.  I am truly happy for them, because they will be blessed with one of life’s greatest treasures but I would be lying if I said I’m not jealous and it doesn’t feel like I’m being stabbed through the chest when you send me pictures of you newly decorated nursery.

We have both had countless tests and examinations done to try and find an explanation.  It’s much easier to accept failure when you can justify the contributing factors and conform to a particular category that defines your inability.  Except for me, there are none.  After one procedure it was discovered that one of my tubes is blocked but according to the experts this isn’t a factor and neither is my blood clotting condition. How do you accept failure when your body can’t perform one of life’s most natural processes?

Hope is not only an underlying concept throughout my story but also a complex emotion. Invest your time in hope; it is what will continue to write your story when all else fails. I have learnt that acceptance doesn’t rebuke hope.  If you are on a similar journey to me, don’t accept those ‘buts’, don’t accept indiscriminate internet statistics. Accept hope. A human heart has four chambers that are formed during the fourth week of gestation. The number four is now what gives me hope.