The unmentionables: not-so-cute pregnancy side effects 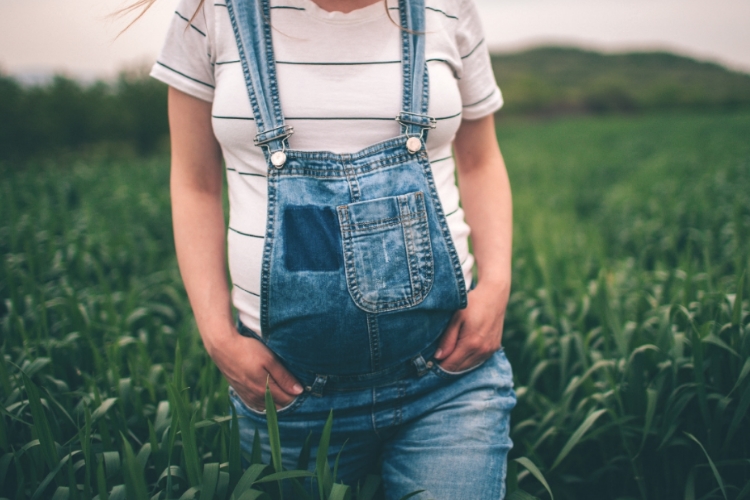 The glow, the great hair, the enhanced cleavage … pregnancy can work wonders on a woman’s body. But then there are some other, less boasted about, side effects we’d all rather not talk about.

VAGINAL DRYNESS
Not really a topic of coffee group conversations, but vaginal dryness is a common and uncomfortable problem for women postpartum, especially those who are breastfeeding. Why? One word: hormones. Basically breastfeeding can suppress ovulation (nature’s way of slowing down the baby-making for  a season), which in turn reduces the amount of oestrogen circulating in your body. This can affect sexual arousal and cause discomfort during sex as oestrogen boosts the flow of blood to the genitals and increases vaginal lubrication. Using a lubricant will help, as will drinking plenty of water to keep your body well hydrated. There are also vaginal moisturiser products available from your doctor or pharmacy. New to the New Zealand market, Premeno Duo is a non-hormonal vaginal moisturising product that heals and protects at the same time. As well as reducing the risk of bacterial infections, Premeno Duo is also a preventive treatment for recurring vaginal fungal infections. Being a handy ovule, it is easy to use, with no requirement for gels or applicators like other products on the market. Its long-lasting action also means it only needs to be used once every three days. Premeno Duo is available to purchase without prescription at leading pharmacies nationwide.

CONSTIPATION
Just when you think you couldn’t get more uncomfortable, say hello to constipation – a common problem affecting about 50% of women at some point during their pregnancy. Why? You guessed it, hormones. This time it’s progesterone and the fact that you have more of it in your body during pregnancy, and it’s busy relaxing your muscles, including those in the digestive tract. The result is food passes through the intestines more slowly. And then there’s the fact that, as your uterus grows, it puts increased pressure on your rectum. Plus, many women take iron supplements during pregnancy, which can make constipation worse.

How to find relief? Eat whole foods (especially fruit, vegetables and beans) that are high in fibre, drink plenty of water, and reach for the prune juice. Keep up regular exercise, which really does help keep everything moving, and if you need an iron supplement, look for one that is easily absorbed and taken in small doses. Seek medical advice if constipation continues to be a problem. Laxatives are not recommended during pregnancy without medical supervision.

HAEMORRHOIDS
Did your primary school days feature the myth that sitting on cold concrete would give you piles? Blissfully unaware of what piles actually were as kids, pregnant women may now be well acquainted, but concrete is not to blame. Straining during a bowel movement can lead to or worsen haemorrhoids (otherwise known as piles), which are swollen veins in the rectal area. Progesterone is also to blame here, as it relaxes the walls of your veins, causing them to swell more easily.

Haemorrhoids rarely cause serious problems but they can be extremely uncomfortable. There are a few things you can try so as to ease the discomfort.

🌱    Have a bath – soaking in warm water, even several times a day if you need to, can help.

🌱    Avoid sitting for long periods of time, as sitting puts pressure on the veins in your rectal area.

🌱    Ask your pharmacist for a haemorrhoid cream that is safe to use during pregnancy.

INCONTINENCE
Many women experience some degree of urinary incontinence (the involuntary loss of urine) during pregnancy, a problem  which often continues after childbirth. Otherwise known as stress incontinence, it is usually caused by increased pressure on the bladder as the uterus expands, and the bladder sphincter (a valve-like muscle) not working well enough to hold in urine. Sneezing and laughing become a dangerous business, not to mention jumping on a trampoline (although not high on a pregnant woman’s to-do list).

And you know what else we’re going to say – pregnancy and childbirth put a whole lot of pressure on the pelvic floor in general and the muscles of this area can be weakened. Which leads us to the importance of pelvic floor exercises (also known as Kegel exercises) – during pregnancy and most definitely after childbirth (not directly – give yourself some recovery time!).

Mums are busy people, and if we’re honest, we probably don’t pay enough attention to our pelvic floor. But we really should. Physiotherapist Renée Vincent, reminds us that when your pelvic floor isn’t doing its job properly, the resulting problems can really reduce your quality of life. Consequences can include not being able to hold on to urine or constantly needing to go; difficulty in emptying your bladder or bowel; accidentally passing wind or losing control of your bowel; a prolapse (where the pelvic organs drop down lower into the pelvis and you feel a heaviness, pulling or dragging sensation); and pain in the pelvic area or pain during sex.

We’ve got plenty more to say on this topic, including articles to ‘coach’ you through pelvic floor routines. And if you prefer to go digital, there’s always Elvie - a Kegel trainer you wear internally that tracks your progress via an app on your phone. Yep, it’s true.

Other things you can do to help urinary incontinence include:

🌱    Avoid coffee, citrus, tomatoes and soft drinks, as they can irritate the bladder.

🌱    Drink plenty of water, as cutting back brings a risk of dehydration and urinary tract infections.

BLEEDING AND THE RETURN OF YOUR PERIOD
You might have heard that you’ll bleed after childbirth, but how much and for how long is not something many new mums are prepared for. Lochia, from the Greek word that means ‘relating to childbirth’, refers to vaginal discharge during the postpartum period. Lochia consists of blood, tissue shed from the lining of the uterus, and bacteria.

For the first few days after birth, lochia contains a lot of blood. It’ll be bright red and look like a heavy period. During pregnancy you have a lot more blood in your body so the blood loss following childbirth is something your body can cope with. Expect to change your maternity pad every hour or so initially. For the day or two following birth, many women make use of disposable changing mats (there are usually plenty of them on hand in maternity wards) – sitting or lying on them will protect bed linen. You might bleed intermittently in small gushes or the flow may be more steady.

The length of time your body discharges lochia varies from pregnancy to pregnancy, but it could last from two to six weeks postbirth. The flow gradually changes from heavy and bright red, to pink and then brown as it diminishes. Some women find the flow gets heavier if they try and do too much, so take it easy during this time. Let your LMC know if you notice large clots that concern you (clots in the first few days are common), if the lochia has an unpleasant smell, if it stays heavy after the first week, if your stomach feels tender, or you have a fever or chills.

It pays to stock up on maternity pads before you have your baby so you don’t get caught short. Tampons aren’t suitable and shouldn’t be used for the first six weeks following birth. Thinner liners might be sufficient in the later weeks postpartum.

And what about the return of your normal period? When does that special friend come to visit again? Good question. The return of a regular menstrual cycle is affected by breastfeeding for a lot of women, but not all. Typically a woman’s period will return about six to eight weeks after birth if she is not breastfeeding, with the timing varying between months and even the entire time of nursing for women who are breastfeeding. It is important to note that, because of the variances, breastfeeding is not a reliable form of contraception and you should speak to your LMC about contraception options at one of your postpartum appointments.

Speaking of periods, there are plenty of alternatives to the disposable and expensive standard supplies in the ‘personal care’ aisle. Check out the Mooncup - a silicone cup that sits comfortably inside you and collects your period (you then empty, rinse and reuse it). There is now also underwear that contain a super slim, moisture-wicking, absorbent, antibacterial, stain resistant, breathable and waterproof liner - Modibodi knickers are one example.

SEX AFTER BABY
For the final word in our ‘unmentionables’ feature, let’s talk about sex. At some point, new parents are going to want to head to the bedroom for more than just sleep. We asked OHbaby! relationships expert Jo Robertson for her advice on when is the right time: “Well, just like bras and jeans, there is no ‘one size fits all’ answer to this question. I was once told that after six weeks you can have sex; but that’s problematic because if you hit six weeks and you don’t want to, or it hurts, then you feel like you’ve failed. That’s ridiculous - your vagina is healing at its own rate. It isn’t the same as your besties’. So, my advice, get your GP to check your lady bits after six weeks, then if they give you the tick, start some fooling around (gently) and let your libido guide you towards intercourse. When you feel turned on, that’s a good moment”.