Why is pregnancy nine months long? 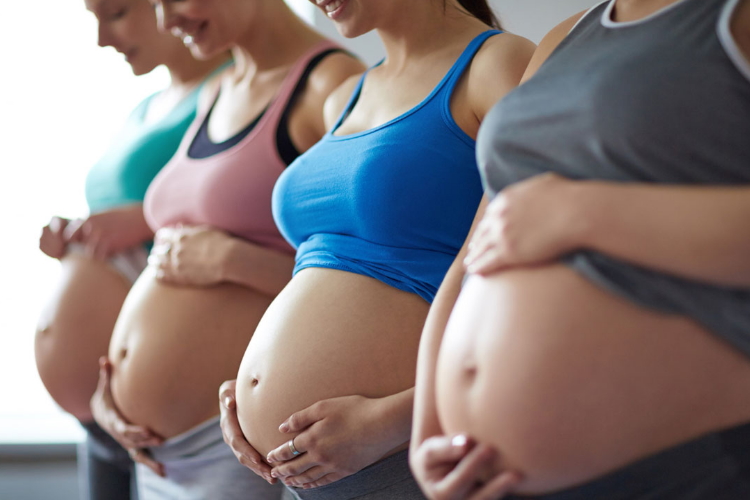 It's been a long held belief that human babies are born underdeveloped compared with other primates because of the problem of fitting a baby's head through their mother's birth canal. But new research is turning that, well, on its head. Holly Dunsworth, an anthropologist at the University of Rhode Island has found babies are born at nine months because a woman's metabolism means her body simply couldn't sustain a pregnancy for any longer.

You may have heard the term "fourth trimester of pregnancy" referring to a baby's first three months of life. It emphasises how utterly dependent babies are at this stage with their brain being, in theory, underdeveloped. A human baby's brain at birth is only 30 percent the size of their adult brain. In comparison, a chimpanzee newborn has a brain 40 percent the size of Mum and Dad Chimp, and Little Chimp's other ape relatives have brains bigger again. The "obstetrical dilemma", or the problem of fitting baby's head through mum's pelvis, led anthropologists to consider that as humans need narrow pelvises for walking upright, the trade-off was smaller baby brains at birth, i.e. babies born at nine months before their heads grew too big for them to get out.

Dunsworth has a different interpretation, as reported in the journal Proceedings of the National Academy of Science. When considering body size, humans aren't cutting gestation short at all. When you control body size in the comparison with primates, a human pregnancy was actually 37 days longer than a chimpanzee or gorilla pregnancy. In fact, Dunsworth's researchers found a human baby brain to be 47 percent larger than that of a baby gorilla, the primate with the next largest infant. That and the fact that human infants are twice the size of gorilla infants suggests humans gestate longer than previous theories predicted they should, and our babies are bigger than evolution expects.

So Dunsworth concludes that our 9-month pregnancies are more closely related to our metabolism than our hip measurements. Walking and running (like we humans are so good at) are not compromised from having slightly wider hips, Dunsworth's research found. To get a human newborn brain to the size of 40% their adult brain (the chimp's percentage) would only take hips wider by 3 cms, which is obviously well within the range of variation for human mums today.

By six months of pregnancy, women are expending twice their usual energy keeping their basic metabolic processes going. Unless you are a professional endurance athlete, humans can typically only sustain two to two and a half times the average metabolic rate. Dunsworth summarises, "There is a certain capacity a mother has metabolically, and once that capacity is reached, the baby is born."

Why nine months? Put simply, we'd be totally stuffed if it went on any longer.