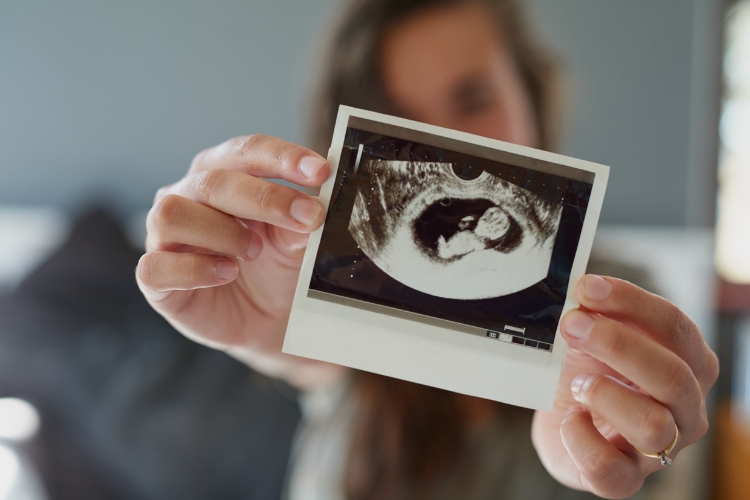 Once pregnant, women can face a raft of blood tests, scans and other  types of screening. OHbaby! expert Dr Martin Sowter explains why.

During a typical pregnancy most women will see their lead maternity carer (LMC) 10 to 14 times. As well as checking all is well with Mum and baby, an important part of antenatal care is a range of medical screening tests. Most of these tests are reassuring but they can cause a lot of anxiety for couples over whether everything is okay before, and sometimes after, each test. This is especially the case if a test result is uncertain or not well understood.

So what medical and screening tests are carried out in pregnancy, and why?

Blood tests
Most women will have a set of blood tests in early pregnancy arranged at or before their first visit to their LMC. These include:

A full blood count: This is to check for anaemia.

A blood group and antibody screen: This is to check your blood group (A, B, O or AB) and rhesus group (positive or negative).
Blood group antibodies are also tested for. Blood group antibodies may make it difficult to cross-match blood quickly if you ever need a blood transfusion and can (rarely) cause anaemia in a developing baby. Knowing that you have a rhesus negative blood group will also alert your LMC to the need for you to have an injection of anti-D if you have any bleeding later in pregnancy.

Rubella serology: This is to check that you are immune to rubella (also called German measles). Most women will have been vaccinated against rubella in their early teens but a few women will have little or no immunity.

Hepatitis B serology: This checks for infection or immunity to hepatitis B. Pregnant hepatitis B carriers can pass hepatitis on to their babies at delivery. There are very effective treatments either given in pregnancy or when baby is born that prevent this if carriers are detected antenatally.

VDRL test: This screens for syphilis. It’s a rare disease but, if detected, treatment in pregnancy can stop infection in baby.

HIV screening: HIV (the virus that causes Aids) is still rare in pregnant women but carriers can infect their unborn child. Treatments given during pregnancy are very effective in reducing the risk of foetal infection in carriers for HIV.

MSU (mid-stream urine)
A urine sample can check for unexpected urine infection or the presence of bacteria in your urine that increases your risk of kidney infections later in pregnancy.

HbA1c (glycosylated haemoglobin)
This is a measure of a woman’s blood sugar levels over the previous weeks. High levels can indicate underlying diabetes or an increased risk of developing diabetes later in pregnancy. This test is usually done only in women with other risk factors for diabetes, such as obesity or a strong family history of diabetes.

Vaginal swabs
Many LMCs will wait until the second trimester to offer vaginal swabs. These screen for infections such as chlamydia which is fairly common in New Zealand. If you are overdue for a cervical smear this can be done safely in pregnancy.

Down syndrome screening
Your LMC will discuss screening tests for Down syndrome at your booking visit. It is entirely up to you whether or not you have these tests. Over the past five years the timing of them has changed and they now consist of either a “first trimester combined screening test” or a “second trimester serum test” offered to women who attend their first antenatal appointment too late in their pregnancy for a first trimester test.

The first trimester tests start with a risk based on your age. A personal risk is calculated based on the levels of two substances in your blood and an ultrasound measurement taken from the back of baby’s neck. The two substances in your blood (called pregnancy-associated plasma protein (PAPP-A) and beta-human chorionic gonadotrophin (beta-hCG)) tend to occur at different levels in pregnancies affected by Down syndrome. The skin at the back of baby’s neck (the nuchal translucency measurement) tends to be thicker in babies that have Down syndrome.

Both these tests are completely safe and will provide you with a risk measurement. They are screening tests — they will provide an accurate assessment of your risk but won’t give you a definite yes or no answer. This risk is given to you as a number — for example, one in 100 or one in 500.

One purpose of the screening tests is to help many women avoid amniocentesis. The risk of having a baby with Down syndrome increases with age but most older women who might have considered an amniocentesis because of their age will still get a reassuring result from these tests.

Overall about 3-4% of women will opt to have an amniocentesis or CVS after the first trimester combined screening test. This proportion will be slightly higher in older women because their initial pre-test risk based on their age alone will be higher.

If you have booked for antenatal care after 14 weeks of pregnancy (too late for a nuchal translucency scan) you can still have the second trimester serum screening blood test. This can be done at up to 20 weeks of pregnancy (ideally between 14 and 18 weeks). This test also takes into account the risk based on your age alone and calculates a personal risk based on the levels of the different substances checked in your blood.

If your result is not reassuring you will need to decide if you wish to have a diagnostic test in the form of an amniocentesis. This is usually arranged when you’re around 15-16 weeks along in your pregnancy.

During the procedure a fine needle and syringe is used to draw off a small amount of the amniotic fluid (about two teaspoons) that surrounds baby. At the time of amniocentesis an ultrasound is performed to help the doctor see where the needle is placed and avoid harming baby. The procedure takes about 10 minutes to set up and just a couple of minutes to do. There is a small risk of miscarriage following amniocentesis (about one in 150-200).

You may occasionally be offered a procedure called a CVS (chorionic villus sampling). In this procedure a small sample of placental tissue is obtained in a similar procedure to amniocentesis. This can be performed earlier than an amniocentesis but can be more difficult to perform.

The risk of miscarriage may also be slightly higher than for the amniocentesis procedure. Results can take 10 to 14 days to come back. Some units do offer a more rapid procedure called FISH and results from this test are available within 48 hours. But this is not a funded procedure.

This is one area of pregnancy screening that is likely to change over the next couple of years as diabetes appears to be a more common problem. About 5-10% of New Zealand women develop diabetes in pregnancy.

All women should be offered a polycose test at about 26 weeks. You are given a glucose drink then an hour later your blood sugar level is checked. If it is high you may be asked to return to have a diagnostic test for diabetes called a glucose tolerance test. You will need to have fasted for this (don’t worry, just not having any breakfast is okay) and have blood taken before a glucose drink and then at one and two hours later.

More recently, many women who have risk factors for gestational diabetes, such as a family history of type two diabetes or who are overweight themselves, will be offered a first trimester test (to pick up those women who might have been diabetic before they became pregnant) and further testing between 15 and 20 weeks as well as at 26 weeks.

At the moment there are no nationally agreed guidelines for how screening for gestation diabetes will be done in the future but new guidelines from the Ministry of Health will probably be released in 2014. You may wish to discuss the need for early or additional screening with your LMC if you have any risk factors for gestational diabetes.

Scanning in pregnancy
Almost all New Zealand women will have an anatomy scan at 18 to 20 weeks. This isn’t strictly speaking a screening test but if anything concerning is found on an anatomy scan further scans are often needed to establish exactly what the problem is. Of course, the great majority of babies are completely normal so most couples find this scan a very reassuring experience. It is important to remember that anatomy scanning cannot pick up all problems with a baby’s anatomy. Most medical problems that a baby can have shortly after he’s born can’t be picked up on pregnancy scans.

Other scans might be arranged later in pregnancy if there are concerns that baby is too small or, occasionally, too large. It is important to remember that having a baby who is smaller or larger than average is often completely normal and a couple of scans would be needed to confirm that there is a potential problem with baby’s growth.

As well as these medical tests a great deal of antenatal care revolves around “screening”, with questions about lifestyle, smoking, exercise, employment, family violence, past problems with depression and so on to establish if a pregnant woman might of greater risk of medical, psychological or social problems later in pregnancy or after baby is born. Whether you have all the tests I have described is up to you but do discuss them with your LMC at your first visit and as your pregnancy progresses.