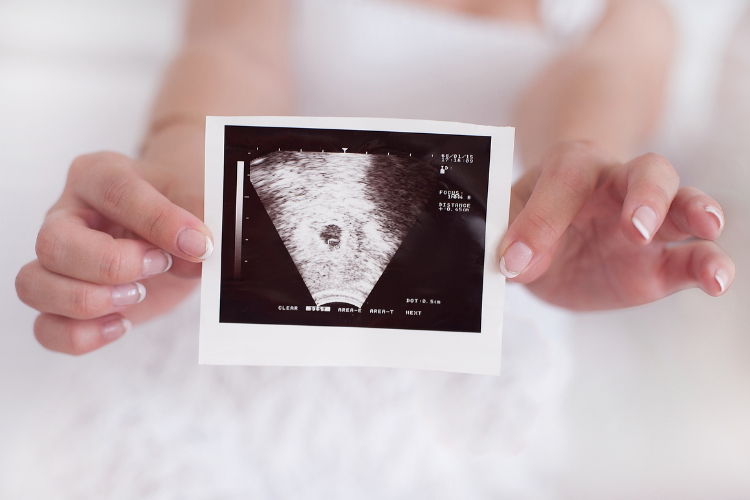 The continuous development and improvement in ultrasound technology means that life inside the womb is no longer a private existence - and with 4-dimensional scanning now available, we have the opportunity to spy on our babies' every move. Emma Fahy takes a closer look at ultrasounds in 4D.

The first time I saw my daughter, she was a tiny, jellybean-shaped blob on an ultrasound monitor. Three years later, when I saw my twins at the same gestation, I was amazed that we were able to clearly determine their limbs, spines, and umbilical cords. While ultrasound has traditionally been used primarily to establish the health of a foetus, and identify any potential abnormalities or problems, it's become increasingly popular with impatient parents wanting a sneak peek at their unborn child.

What is it?
4D ultrasound technology is similar to the more conventional 2D ultrasound technology in that it involves passing high frequency soundwaves into the body, and mapping the reflected echoes to form an image. However, rather than passing the sound waves straight in and out, with a 4D ultrasound, the sound waves are reflected from a number of different angles simultaneously, therefore building a 3D image. These 3D images then appear simultaneously in rapid succession, creating a 4D effect.

Is it safe?
The use of ultrasound has been commonplace during pregnancy for more than 30 years, and it is generally regarded as the safest and least invasive method for checking the health of a foetus. Prenatal diagnosis of abnormalities via ultrasound has had a hugely positive effect on the outcome of both mothers and their babies, as early detection of some conditions means they can be addressed promptly after birth, or sometimes even in-utero. However, despite the apparent safety of ultrasounds, experts caution against its use for "social" or "entertainment" purposes. The Royal Australian and New Zealand College of Radiologists state that ultrasound should only be conducted with a medical referral, a stance shared by the US Food and Drug Administration. Current practise in New Zealand is to  use 2D technology for most diagnostic ultrasounds, as the use of 4D imaging as a diagnostic tool is still being fine-tuned. Facilities that offer 4D ultrasounds usually offer them as part of a package, together with a diagnostic 2D ultrasound. In a normal pregnancy, a diagnostic ultrasound is usually prescribed between 11-13 weeks (nuchal translucency) and 18-22 weeks (anatomy). Additional scans are offered on an as-needed basis - for example in a multiple pregnancy,  to check foetal size or to establish an accurate due date.  Any doctor can write a referral for an ultrasound during your first trimester, but later referrals must be written either by your LMC or by an obstetrician.

Should we peek?
What is the fascination with 4D ultrasound? Years ago, before the rise of ultrasound technology, parents had no choice but to wait until their baby was born to find out whether their child had Aunt Rose's unfortunate mouth, or cousin Jimmy's crooked nose. Now, not only can we see these things, we can also see how much hair he or she has, we can count the fingers and toes, and of course, we can find out whether we're expecting a pink bundle, or a blue one. But just because we can, does that mean we should? Are some things better left as a surprise? Are we wise to wait for all to be revealed on the big day? The decision is a personal one - there are those who believe that the womb should be a sacred place, free from the invasion of technology, and others who believe their babies wouldn't be alive without technological intervention.

A matter of timing
If you want the best possible images of your unborn baby, timing is crucial. Early in pregnancy, your baby's own unique features will not be developed enough to identify, and if you leave it too late, you might not be able to get any images at all - once your baby's head has engaged, it is impossible to see his or her face. Generally speaking, the optimal time to have a 4D scan is late in your second trimester, or early in your third trimester, ideally between 24 and 32 weeks.

Unlike early pregnancy scans, where you are advised to have a full bladder, this is not necessary for a 4D scan - in fact, if your bladder is too full, it might affect the quality of the images. If your baby is not lying in a favourable position, the sonographer might have you roll onto one side, stand up and then lie down again, go for a short walk, or even drink a glass of cold water to help entice your baby to move.

Sometimes, however, not even all the tricks in the book will manoeuvre baby enough to get a clear picture of his or her face, so be prepared for this possibility. Most places won't charge you the 4D fee if they are unable to obtain suitable images, and some will offer you a repeat scan at a later date to try again.

Where to go
4D scanning technology is only available in some areas. For an up to date list of facilities currently offering 4D scanning, visit www.healthpoint.co.nz and type "4D ultrasound" into the search field.

How much will it cost?
When 4D ultrasound technology had newly arrived in New Zealand, a DVD and a few snaps of your unborn baby would set you back several hundred dollars. As it becomes more popular, and more widely accessible, 4D scanning is also becoming more affordable. Some providers offer package deals, which include the two routine pregnancy scans, plus a 4D scan. Others charge on a per-scan basis, with fees starting from around $30. A limited number of publicly funded facilities offer 4D imaging free of charge alongside the routine pregnancy scans.