Making Sure Your Child Is Safe 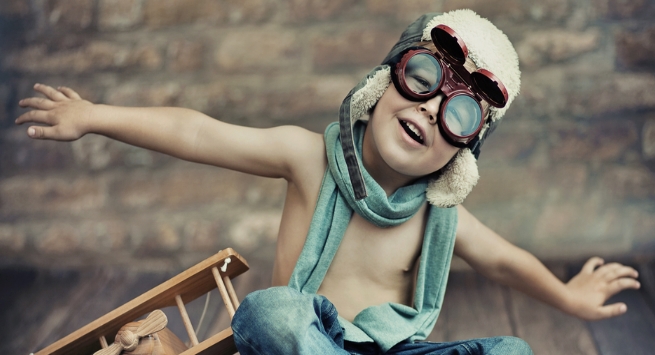 Mum of one, Rebecca Williamson, offers advice on making sure your child is safe when in the care of others.

The first time you leave your pride and joy in the care of someone else – someone who’s not family orafriend – is a big deal for most parents. Cue the anxiety and the inevitable mind-swirling of ‘what ifs’. What if he doesn’t warm to the staff? What if he gets sunburnt or chokes on his morning tea? What if he’s scratched/hit/bitten by another child? Or, what if he’s the offending biter? They’re all valid concerns when enrolling your wee angel into an early childhood education facility. Daycare opens up a whole new world for children, particularly if they’re the eldest or only child. They have to socialise with new adults and kids, share their books and toys, and will no doubt encounter conflicts with their peers.

According to American research, children playing in a group setting at a childcare facility have an average of five to eight conflicts per hour. While these small quarrels only tend to last around 18 seconds, they can occasionally turn violent, with some toddlers and young children hitting or biting to convey their emotions.

“Aggression is a normal part of a child’s development,” says Dr Amrit Kaur, a clinical psychologist at Kidz Therapy in Auckland. “Pre-school children scream, bite, hit or shove for a number of reasons including anger, tiredness, frustration, hunger, feeling neglected, or just because they can and they don’t yet realise it’s effect on others.

“It’s also interesting to note that the same child who is the victim one day, can become the perpetrator the next, or vice versa. Children are experimenting with different behaviours and roles all the time, and almost every child will test the boundaries.” In other words, daycare can be a battlefield. So how do you ensure the safety of your little one in their new environment when you can’t be there to protect them?

Do your research
Before selecting a facility, it’s a good idea to study individual policies on aspects such as supervision and discipline, as well as accident, emergency and natural disaster plans. Health-related guidelines are also essential reading – ask to see their policies in regards to sunblock and sunhats, food (including allergens, choking hazards and mealtime supervision), nappy changing, and cleaning and disinfecting.

By law, centres are required to have at least one first aid and CPR trained adult per 50 children on the premises at all times. Choking is an obvious concern, especially for babies, so your facility should have a staff member supervising children at every mealtime. Of course, the more qualified teachers and staff looking after your child, the better; the current minimum standard is one adult per five infants, or one adult to 10 pre-schoolers, however many daycare centres offer better ratios than this.

Finding out how the facility deals with injuries and incidents is also advisable, including when and how such information will be communicated to you. If your son is hit by a ball and suffers a bleeding nose, will you be called immediately or informed on pick-up? Or, while more of an incident than an injury as such, perhaps another child snipped off your daughter’s pigtails – will you be sent a text message or will you arrive to find your wee one with a pixie crop?

“Early childhood centres have a legal obligation to verbally inform parents when their child receives or sustains an injury,” says Dr Sarah Farquhar, an early childcare expert, mum of five and founder of myece.org.nz. “While not a legal requirement, I recommend that parents let their centre know if they want to be notified of any incidents that are non-injury too. An incident that is non-injury may be, for example, a bump to the head where there’s no immediate visible evidence of injury or concussion, but it is nevertheless best practice to inform the parents so they are aware and will know to keep an eye on their child for any effects of injury that may not show until later.”

Early childhood centres are also required to keep an ‘injury record’ detailing everything from a splinter in the hand to a black eye or a broken limb, and parents are entitled to access their child’s record at any time.

When things go wrong
Kelly* was understandably upset to see a bite mark on her two-year-old son’s arm when she collected him from daycare one afternoon.

“It was only minor – just a couple of teeth marks on his left arm – but it’s still not a very nice thing to see,” she says. “One of the teachers had actually called me straight after it happened. She said they would monitor the other boy to try and prevent it from happening again. She also called the parents of the biter; he had apparently been going through a bit of a difficult phase and his parents were already working with the daycare centre to try and nip it in the bud. That was four months ago and it hasn’t happened again. I think the communication between all parties helped a lot.”

Although children are resilient and can easily bounce back from such incidents, if it’s happening all too frequently, it could put a dampener on your child’s daycare experience. If you suspect they’re unhappy or not coping well, try talking to your child, or if they’re younger, pay attention to changes in their behaviour at home. Dr Kaur also suggests spending time at the facility to see how your little one interacts with others in that environment.

“Perhaps the best way to see if they’re happy is to go in unexpectedly and watch a little from the fence, or volunteer to help for a day if you can,” she says.

Of course, sharing intelligence is one of the most crucial keys in helping your child stay safe and happy at daycare. Be sure to inform staff of your little one’s likes, dislikes, eating and sleeping habits, and offer words of wisdom on what works to console them. Needless to say, allergies and any other potential health hazards need to be well documented, but passing on tidbits of less-serious, day-to-day information can be helpful too – such as your son is going through a particularly shy stage, or your daughter is teething and only had five hours sleep last night. With parents and teachers working together, daycare can be a wonderfully educational, happy and safe experience for your child.

What to watch for
Many babies and children thrive with the new stimulation and socialisation of a daycare environment, however, the following could signal that your child is unhappy at their facility, or they are receiving a lower standard of care:

• He is unusually withdrawn or develops new eating or sleeping problems.

• He comes home frequently with bite marks, scratches or other wounds inflicted by peers.

• His nappy is always sopping wet or dirty when you pick him up, or he has a new, persistent nappy rash – this could mean his nappy is not being changed as frequently as it should be.

• He is sunburnt – policies should be in place to prevent this.

• It’s normal for babies and young children to cry as parents leave in the early days, but this should ease as your child gets used to the new environment.

• The odd bruise or graze is just part of being a kid, but if you feel this is happening too often, discuss it with the teachers at the facility.

• Pay attention to how your child reacts to a change of teacher or caregiver. If he gets particularly attached to one person, it’s best to avoid centres with a high staff turnover.

Combating conflict
Children’s aggression begins to rise at the age of 18 months, peaks between two and three-and-a-half years, then gradually declines. Although it’s a natural part of their development, Dr Kaur says teachers and parents can help children to deal with it.

“In my daughter’s pre-school, the teachers say, ‘If you hit, you sit. If you throw, you go’. It provides set boundaries for behaviour, and gives the victim a reliable way to get help and makes them feel supported. At the same time, it provides a clear indication of expected behaviour,” she says.

If your child is showing signs of aggression at daycare, Dr Kaur says it’s important to discuss this with the staff – together you can work out the triggers of the behaviour (for example, frustration or tiredness) and how to address these triggers (such as talking to a teacher when frustrated, or having a nap). You can also make a plan of action for when the behaviour occurs, such as time out or apologising.

Rebecca Williamson lives in Wanaka with her husband Cory and their vivacious one-year-old daughter Indiana.

*name has been changed.