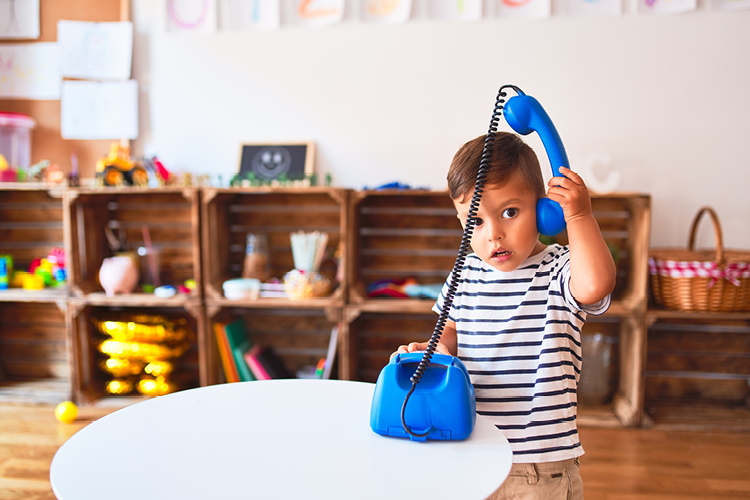 Mum of two Catherine Tafto shares the proud moments and pitfalls of raising children to speak more than one language.

This exchange between my son and I was one of those beautiful parenting moments when you realise that something you worked hard for is actually working.

When I married Frode in 2005 we both knew we wanted to raise our future children bilingually and it was a strong motivator for us to move to Norway, his home country, where I could learn the language properly. However, beyond a desire to ensure a connection to family and culture, I didn’t know much about how to raise multilingual children.

Mattias was born in Norway and when we had our home visit from the paediatric nurse she asked us which languages we were planning to teach him. We said we thought we would “figure that out” when he started talking.

“No, start now,” said Hilde in no uncertain terms. Important stuff was already happening in our baby’s brain.

EARLY START
The research supports an early start. Babies’ brains are complex with huge potential. A four-month-old baby can differentiate between a wide range of sounds. However, the brain works on a “use it or lose it” basis and the ability to distinguish different vowel sounds slips after about six months.

The brain strengthens the neurological pathways that are used most frequently, for example the sounds and rhythms of the languages babies are exposed to, while those that are unused are lost.

So we needed to figure out how we would introduce bilingualism. There are two main systems people use. Some families are strict at implementing their chosen system while others pick and choose elements of each to suit their individual circumstances.

The first system is One Parent, One Language (OPOL). Usually this involves each parent speaking his or her native language to the child, though it could be another caregiver or family member. This seemed the most logical to us and so I began to speak English with Mattias and Frode spoke Norwegian.

While it is always good for children to hear a language from more than one native speaker, this didn’t concern us when we were in Norway as we had English-speaking friends and knew he would never lack exposure to English.

Miriam and Hiroshi Nakatsuji also started out using the OPOL system, but with each parent speaking his/her second language. Miriam had studied Japanese at high school and university before meeting Hiroshi. When Xavier was born in 2010 Miriam was adamant that he grow up bilingual.

Hiroshi wasn’t keen on speaking Japanese to Xavier, so from three months Miriam spoke Japanese and Hiroshi spoke English. When Xavier was nine months old it was obvious that he understood both languages and, as it became clear that Xavier understood Japanese better than English, Hiroshi decided to join the party and started speaking Japanese.

The Nakatsuji family had then moved onto the other main system, Minority Language at Home (MLH). With this system the language not widely spoken in the community is spoken by the family at home. This system tends to be more successful in raising truly native speaking children but requires both parents to be fluent in the minority language.

When we moved back to New Zealand we realised Mattias would need more Norwegian to encourage his learning (researchers recommend a child hear a language about 25 hours a week to be fluent), so we also moved to the MLH system. This was also valuable for me as I was worried I would lose my fluency.

And it meant when lille bror (little brother) was born he had constant exposure to Norwegian from day one.

IN THE BIG WIDE WORLD
One of the challenges is adjusting when we aren’t alone. The looks my niece gives me when I accidentally speak Norwegian to her are priceless. At play group and family gatherings I find myself saying something to my children in Norwegian and then repeating it in English for the benefit of other children and adults around me. But sometimes the language of mothering supersedes any other and on more than one occasion a mother has said, “I don’t need to know the language to know what that was!”

The more contact with the minority language the better and it is important for children to have the value of the language reinforced outside of the home.

Miriam has enriched Xavier’s language exposure with a Japanese nanny one day a week, Himawari (Japanese kindergarten class) and Japanese playgroup one morning a week each. They also attend a Japanese church.

Unfortunately Norwegian is harder to come by in New Zealand, and so my boys read Den lille larven Aldrimett instead of The Very Hungry Caterpillarand they watch Thomas Togetand Byggmester Bob. We have piles of books, including a collection of fairy tales from all over the world, which has the Maori legend of Hinemoa and Tutanekai in Norwegian.

Mattias is now four, and I find that, as he spends more time with his peers, he prefers to speak English and it takes a lot of discipline for me to keep speaking Norwegian. And now we’re having real conversations my Norwegian sometimes fails me and it feels more natural to speak English. It is so much easier with two-year-old Lukas as our conversations are pretty basic and involve a lot of pointing.

BENEFITS OF BILINGUALISM
The social and cultural benefits of raising children with more than one language are obvious and the connection with family and a country left behind are the most common reasons for doing it.

But, as with any parenting decision, there will be those who criticise. I have had people tell me, “Stop speaking that rubbish, you will confuse the poor boy.”

There are certainly a lot of myths about raising bilingual children, the two most common ones focus on confusion and delay. But research shows children can learn up to four languages before they get confused. Bi/multi-lingual children will sometimes borrow a word from one language if they don’t know it in the other but this is not confusion. There is often some mixing of language that is usually resolved by age four.

With regard to delays, both my children have had delayed speech. People tell me not to worry as it is surely because of the two languages. However, research doesn’t support this and I think it is a dangerous myth. Bilingual children can have the same speech and cognitive disorders as monolingual children and discounting it as a bilingual issue can delay them getting the therapy that would help.

On the other hand, children reach milestones at different ages, regardless of how many languages they learn.

While raising my children to speak two languages has taken a lot of effort and there have been frustrating setbacks I haven’t regretted it. Sure, it might be extra work but I didn’t sign up to parenting for an easy ride.

BUT WE HAVE NO OTHER LANGUAGE!
If you and your partner are monolingual your children don’t have to miss out on the advantages of bilingualism. You can still teach your preschooler another language, it just might require outsourcing.

The best thing is to find someone to speak to them in another language — a grandparent, aunt, neighbour, nanny, au pair. While books, audio and television can support a child already learning a language, children cannot learn from these alone, they need to speak to a real person. If you want them to learn a specific language you’ll have to hunt around a bit more but if you just want them to have exposure to another language to bolster their growing brain you don’t need to be fussy.

Enrol them in a language programme. If you are in one of our larger centres there are preschools and language classes available in a range of languages, it just takes a little research. Try lcfclubs.co.nz or chiquimundo.co.nz

Enrol them in an immersion programme. The most obvious is kohanga reo and we are lucky in New Zealand that this is available in most places. The advantage of learning te reo is that Maori is around in daily life and when they go to school.

Catherine Tafto lives in the beautiful New Zealand countryside with her husband and two small trolls, Mattias and Lukas.