While sugar may not be the "bad guy" when it comes to children and hyperactivity, the same can't be said for a number of food additives, especially artificial preservatives and colours.

Feeding children a healthy, balanced meal isn't always simple, especially when our lives are busy and high-stress. So we reach for the quick, okay-looking options - cracker-and-cheese-dip combos, prepackaged fruit bars, and jam sandwiches are fast ways to fill up a school lunch box or keep a hungry toddler occupied in their pram while running errands.

Additionally, the food that's especially appealing to kids, with fun packaging and a colourful appearance, doesn't seem to be too bad for them, as they contain healthy ingredients like fruit, nuts, or mixed grains. Besides, it's not like we're giving them lollies, right? Come on, a fruit bar is a healthy snack, at least… Isn't it?

It turns out that even seemingly healthy foods often contain additives, preservatives, and artificial colours. And these additives can have adverse effects on children's behaviour. In fact, a recent study published in the medical journal The Lancet has shown that artificial colours and food additives commonly found in those brightly coloured, visually appealing foods marketed specifically at littlies can increase hyperactivity in children.

When researchers gave 153 three-year-olds and 144 eight-and nine-year-olds either a drink containing the preservative sodium benzoate along with one of two artificial food colouring and additive mixes, or a placebo drink, they found a significant increase in hyperactivity levels among the children who receivedthe drink with the additives.

"Given the fact that a number of scientifically conducted studies have clearly demonstrated links between certain synthetic food additives, especially colours, and adverse effects in young children including hyperactivity, behavioural problems and learning deficits, the continued addition of these chemicals to foods marketed at children by irresponsible food manufacturers is tantamount to criminal negligence," explains Bill Statham, homeopath and author of The Chemical Maze Shopping Companion. "Why? Because the first seven or so years of a child's life are critical to establishing the foundation on which they build their future relationship, career and health paths, and if these precious moments are distorted and ultimately lost due to the unnecessary addition to their diets of harmful synthetic chemicals, they may never be regained."

Why are additives even in the foods we eat?
It's not terribly easy to find anything on the supermarket shelves that doesn't contain at least one additive of some kind. Here's a list of the most common types of additives, and why they're in our food.
•   Preservatives are used to prolong the shelf life of foods, stopping them from going mouldy, rancid, or "off". Benzoates like the sodium benzoate used in the study, are used in many drinks, sauces, and preserves like jam and chutney.
•  Artificial colours are used in foods to make them look more appealing, to replace natural colour that is lost during pre-cooking and processing, and even sometimes to make foods look more "natural".
•   Nitrates and nitrites are used to prevent botulism, which is a highly toxic bacteria that causes food poisoning, from developing in meat and fish.
•  Artificial antioxidants keep oils and fats from going rancid, as well as prevent artificial flavourings and colourings from decomposing. Antioxidants do appear naturally in some foods, like good-quality vegetable oils.
•  Artificial flavourings are used to "pump up" flavour in processed foods, to mask unpleasant chemical flavours, or to replace natural flavours, such as artificial sweeteners that are often found in "diet" or "lite" products. Flavour enhancers like monosodium glutamate (MSG) is one of the most widely used artificial flavourings, and one of the most controversial.

So what can parents do to avoid these potentially harmful ingredients?
Well, unless you move your family to an isolated, remote farm and organically grow your own fruits, vegetables and grains, while raising your own animals for meat and milk, it is very hard to avoid food additives. But you do have some options:
•   Buy organic meats, fruits, and vegetables.
•   Choose fresh foods whenever possible, rather than highly processed foods.
•   Skip the brightly coloured foods that you know are marketed specifically to children, and choose more natural choices.
•   Steer clear of artificial sweeteners, too. While it's tempting to choose "diet" options because they seem healthier, they're often chock-full of artificial sweeteners, flavourings, and colours. Use natural sweeteners like sugar, honey, or maple syrup instead - just use them in moderation.
•   Make as many of your family's meals from scratch as possible.


But most importantly of all, don't get stressed out if you've just realised that the breakfast you gave your toddler was full of additives that may be making him hyperactive. Take a deep breath, and be grateful he ate something, instead of smearing it in his hair, feeding it to the dog, and decorating the carpet with it (and even if he did do those things, be grateful for the bites of food that he did eat). To break the food additive habit, you have to start somewhere, and take it one food item at a time. 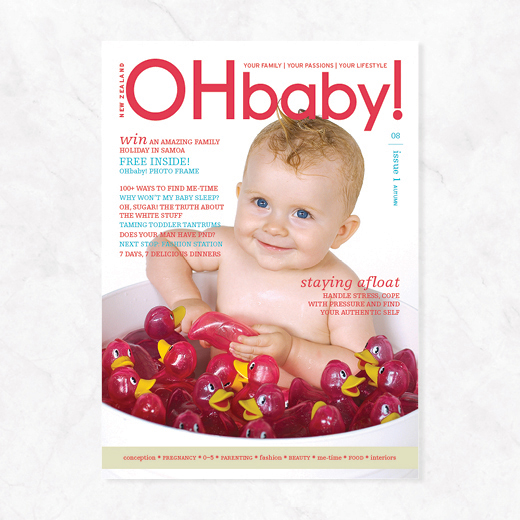