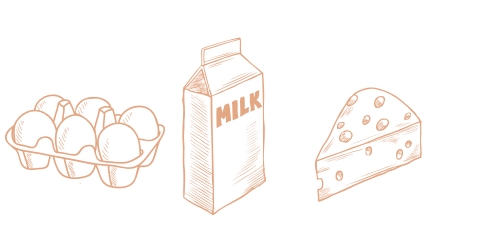 Latest research on dealing with food allergies may surprise you.

Food allergies affect up to 10% of children, compared with just 5% of the population as a whole, according to Allergy NZ.

And there are eight prime suspects when it comes to foods that cause allergies. Although around 160 foods have been reported as causing food allergies eight of these are responsible for 90% of all allergic reactions to food. They are: dairy, eggs, peanuts, tree nuts, soy, fish, shellfish and wheat.

And egg and dairy are the most common triggers in infants.

So why are allergies on the increase? No one really knows but theories abound.

Expert advice on how to deal with allergies in children —or prevent them occurring —has changed radically even in the past five or six years. And it could well change again with the release of new studies into how to manage allergies.

A few years ago, parents who had allergies themselves were advised to delay introducing certain foods to their own children. For example, if a mother had an allergy to wheat, she was advised to avoid giving her child wheat until the child was at least a year old.

But this has since been turned on its head. There’s no evidence to show that delaying foods makes any difference at all, says allergy advisor Penny Jorgensen for Allergy NZ (allergy.org.nz).

In fact, there are signs that delaying the introduction of certain foods can increase the likelihood of an allergy arising, she says.

So, if you’re pregnant don’t change your diet, is the current advice. But there are two other important recommendations for adults and children:

* Avoid cigarette smoke —it’s a known pollutant that can lead to allergies.
* Breastfeed your baby until at least six months as a preventative measure.

The other thing to remember, says Penny, is that if you have an allergy to, say, seafood, there’s a greater chance that your child will also suffer an allergy —but not necessarily to the same thing. It may show up as a milk or egg allergy.

So it’s the tendency to be allergic that’s passed down from parents, rather than specific allergies, she says.

When solid research finally emerged in 2011 that 10% of one year olds suffered food allergies, even the researchers in Melbourne conducting the study were surprised at how many. It looked at 3000 infants around the age of 12 months and found, using skin prick tests, 10% were proven to have an allergy.

This was a significant increase on the suspected rates but as yet no one has been able to figure out why allergy rates are on the rise.

“The thinking is that there are a lot of other factors at play here and there would appear to be something around the environment during pregnancy that might have an impact. Studies show babies and children growing up on farms, or whose mothers were pregnant when living on a farm, are much less likely to develop allergies, Penny says.

What is an allergy?
An allergy is anything that provokes a reaction from your immune system. Essentially, when you come into contact with something the body doesn’t like it mounts a reaction that leads to an explosion of chemicals including histamines. And this response will occur regardless of the amount of allergen you come into contact with —it could be caused by just a trace of the allergen.

This is one of the main differences between a food allergy and a food intolerance. A food intolerance is the result of your digestive system having trouble coping with a certain food. So you might be able to cope with a small amount of that food but if you had it for several days in a row you might start to show symptoms.

There’s now research under way (the EAT study in the UK) to look at whether introducing allergenic foods when babies are four to six months old can prevent allergies developing. Results are expected to be published some time this year. So the Ministry of Health advice for mothers could again be revised.

Nutritionist Leanne Cooper from Cadence Health answers some of the common questions from mums and dads about food allergies:

What do I do if I think my child is reacting to a food?
The best thing to do is visit your GP, nutritionist or dietitian to confirm your suspicion. Then, if needed, your doctor will refer you both for testing. Diagnosing a food allergy will generally involve a thorough case history (family history, life history, diet and so on), physical examination and in many cases diagnostic testing as well dietary-trialling.

Most specialists will ensure you go home with a bundle of recipes, fact sheets, helpful hints and lists of books,  supportive groups and websites.

Be careful with the advice of well-meaning friends and family or even professionals who don’t specialise in child health. Never be tempted to amend a child’s diet without professional advice as restricting a child’s diet can have serious health implications for fast-growing bodies.

What sort of reactions can my child experience?
If you have ever wondered why your local GP seems perplexed by a reaction your little one has had, you will see why. Take a look at the symptoms for intolerance and compare them to allergy; they can be very difficult to tell apart without proper testing.

What can I give a child who has a milk protein allergy?
Cows’ milk protein allergy is an immune response by the body to the protein in the milk (also in goats’ milk) whereas a dairy intolerance is a reaction to the sugar in milk (lactose). Parents and carers of children on dairy-free diets will need to be extra vigilant and replace dairy products with other foods. They also need to look out for hidden sources of milk such as in deli meats, products with casein (a milk protein) such as in some brands of canned tuna, and pre-prepared foods, for example some chefs may use butter in food preparation.

What can I use instead of dairy to ensure my child gets enough calcium?
A brief list of calcium-containing foods includes tempeh, dried pineapple, calcium-fortified drinks such as soy, rice, almond etc (don’t offer as drinks until your baby is at least 12 months; rather, use with foods such as  cereal), ground sunflower seeds (check for any allergy), dried apricots, miso, canned fish with bones (mashed up), oatmeal, kidney beans, broccoli.

What about baking? Luckily there are options: you can swap milk for the same of water or pure fruit juice such as grape or berry or a mix of the two.

Lactose intolerance
Remember, now we are talking about an intolerance not an allergy. Depending on the severity of the intolerance, many people can eat some dairy. Yoghurt is naturally low in lactose as the bacteria partially digests the milk sugar. Some cheeses (chedder, cottage) are also low in lactose which is one reason why cheese can be introduced to baby’s diet before regular milk.

Many children from three years on are able to consume small amounts of foods they have reacted to as infants. Again, seek professional advice about introducing reactive foods.

In most cases, reactions to peanuts are relatively mild —for example, hives, tummy upsets, nausea and sometimes vomiting. However, as we all know now, reactions can be severe, leading to difficulty breathing, collapse, loss of consciousness, and, if untreated, death.
The following is a list of foods that should be avoided or foods with risky ingredients:

About 80% of children under five with a peanut allergy will continue to experience symptoms into later childhood. Those with severe reactions are the ones who are less likely to overcome it. A lucky 20% will grow out of their allergy.

Gluten intolerance
Occasionally, a child may have an intolerance to the gluten in wheat (which irritates the intestinal walls and can lead to tummy upsets, cramps, diarrhoea, reduced nutrient absorption or anaemia).

Sometimes coeliac disease is diagnosed via a blood test. But don’t be tempted to place your child on a gluten-free diet if you haven’t had confirmation of a problem with gluten as it can lead to nutrient deficiencies.

A gluten-free diet means avoiding grains and foods containing wheat, oats, rye, barley and triticale. Obviously, bread, breakfast cereals, cakes, cookies and pasta are out, as are foods that are less obvious such as those that contain stabilisers and thickeners. So, as you can see, wheat represents a large food group making a gluten-free diet a tricky balancing act.

But don’t despair. Improved labelling laws and increased gluten-free options make things easier. Meat, produce, legumes and dairy are fine. Gluten-free grains and products, such as those made from rice, corn (maize), potato, tapioca (also known as arrowroot), buckwheat, millet, sago, soy, quinoa, amaranth and lupin are all acceptable. And this provides a wide range of flours, breads and baking products.