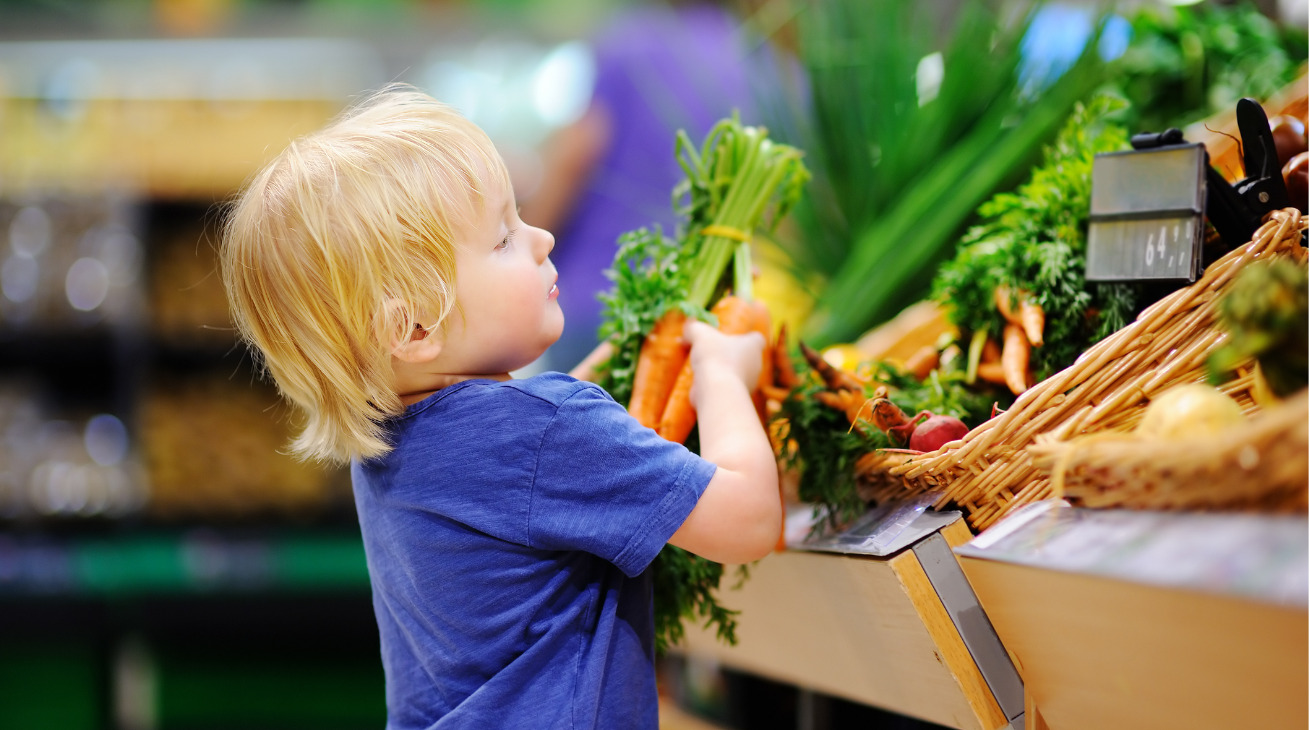 The 'eat your greens' message must be getting through because according to recent statistics, Kiwis rate among the highest in the world when it comes to awareness of the health benefits and the consumption of fruit and vegetables.

Nearly 90% of New Zealanders (about 4 million people) are aware of the  5+ A Day message, which encourages Kiwis to eat five or more servings of colourful, fresh fruit and vegetables every day.

“Compared to global statistics on fruit and vegetable consumption we rate among the highest in the world,” says Paula Dudley, general manager of 5+ A Day.

We'd say that's also thanks in part to Kiwi mums and dads who are encouraging their kids to eat their greens, reds, purples, oranges and yellows!

According to recent European Union statistics, less than 15% of the total population aged over 15 consumed at least five servings a day, while one in three did not eat any fruit and vegetables every day.

The latest 5+ A Day research, completed in June this year by Nielsen, found that 37% of those surveyed consumed five or more servings of fresh fruit and vegetables every day. Meanwhile, 59% of New Zealanders reported eating at least four different types of fresh fruit and vegetables daily. The research involved 700 people aged 15-plus in key regions across New Zealand. And Dudley says the Ministry of Health’s regular surveying of a much larger sample size (of 17,000 adults, including parents of 4,000 children) suggests consumption of 5+ A Day is around 40%
“Now it is time for some stretch goals – we need to keep awareness top of mind to move consumption even higher to 45 percent. This isn’t just a numbers game - there are huge health benefits for us all in doing so”, she says.

People are encouraged to think in terms of a serving being about a handful - roughly the equivalent of a banana, a pear or an apple, or a handful of salad greens.

“Everyone uses their own hand, so a kid’s serving is a lot smaller than an adult’s.”

People who consume extra fresh fruit and vegetables have also reported significant improvements to their psychological wellbeing and less stress, with boosts in vitality and motivation within a couple of weeks, according to a University of Otago study released earlier this year.

Fruit and vegetables contain nutrients and antioxidants and have been shown to reduce bad cholesterol levels, lower blood pressure, and to boost the health of blood vessels and the immune system.