How to detect Cataracts in children 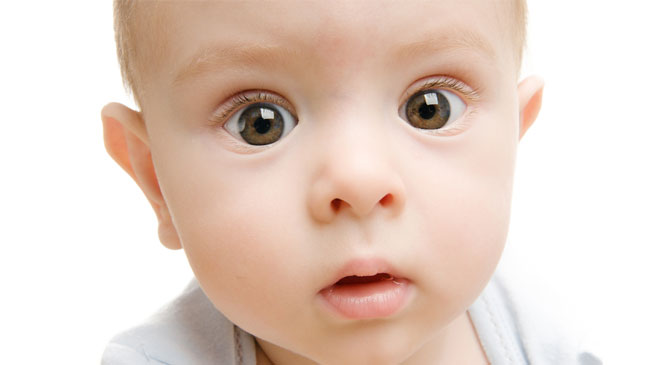 While 'red eye' is not the look we're going for when we photograph our beautiful children, but the red reflex - or the lack of it - is actually a helpful diagnostic tool. Digital cameras which automatically remove the "red eye" effect from photographs could slow down the diagnosis of eye problems, especially in children. Dr Stuart Carrol explains.

Auckland Eye ophthalmologist, Dr Stuart Carroll, and a paediatric eye specialist with a background of volunteer work in developing nations, says although most Kiwi parents are quite vigilant about their children's eye health - they may not be aware that the latest in digital camera technology could be hindering an important signal of vision problems.

Dr Carroll says most children aren't aware that they are having vision problems, because they don't know what it's like to have 'normal' eyesight.

"This is why it's important for parents to recognise clues which may suggest a vision problem. One of the simple ways to detect serious eye health problems is what we in the profession call the 'red reflex'."

"In photography, if the 'red reflex' or more commonly known as 'red eye' is missing, then it's something that could potentially affect a child's eye health. There are a few conditions signalled by the lack of red reflex (or the appearance of a white reflex instead), but the most serious is retinoblastoma, a cancer of the eye. It's the most common childhood eye cancer. One of the other problems that can cause a missing red reflex are childhood cataracts," says Dr Carroll.

Children growing up in New Zealand have all the advantages of having been born in a developed nation, he says, including eye checks for newborns and the pre-school vision and hearing checks, which often pick up the majority of problems.

"I do work in countries like Vietnam, helping to train ophthalmologists there, and you see children with problems from birth that could easily have been fixed with early diagnosis. It's something that is really sad because you know it's hard to change; real change needs to come at a government and national level in those countries," he says.

Dr Carroll says New Zealand parents are lucky to have access to great free screening programmes in this country and they need to take advantage of these.

"Parents also need to adopt a common sense approach to eye health at home. This includes checking children's eyes for signs of vision problems; testing vision from each eye separately, droopy eyelids, asymmetric pupils (where one is bigger than the other), eyes that are not aligned properly (crossed eyes), things that are easy for parents to pick up," he says.

Dr Carroll also warns that one of the most important things for Kiwi parents to be aware of when it comes to prevention of future eye health problems is to limit high UV exposure to the eyes.

"I would encourage all parents to make sure their kids have sunglasses on when they go out in the sun during the day. Make sure they get proper sunglasses that have the appropriate UV protection; it will say that on the label.

"UV related damage can cause problems later in life. It might not affect them now, as children, but it has been linked to cancers of the eye, cataracts and macular degeneration when you're older and even skin cancers around the eye. Like with anything else when it comes to your health, a little prevention goes a long way later on."

Written on behalf of Auckland Eye by Impact PR. Published 16 May, 2013